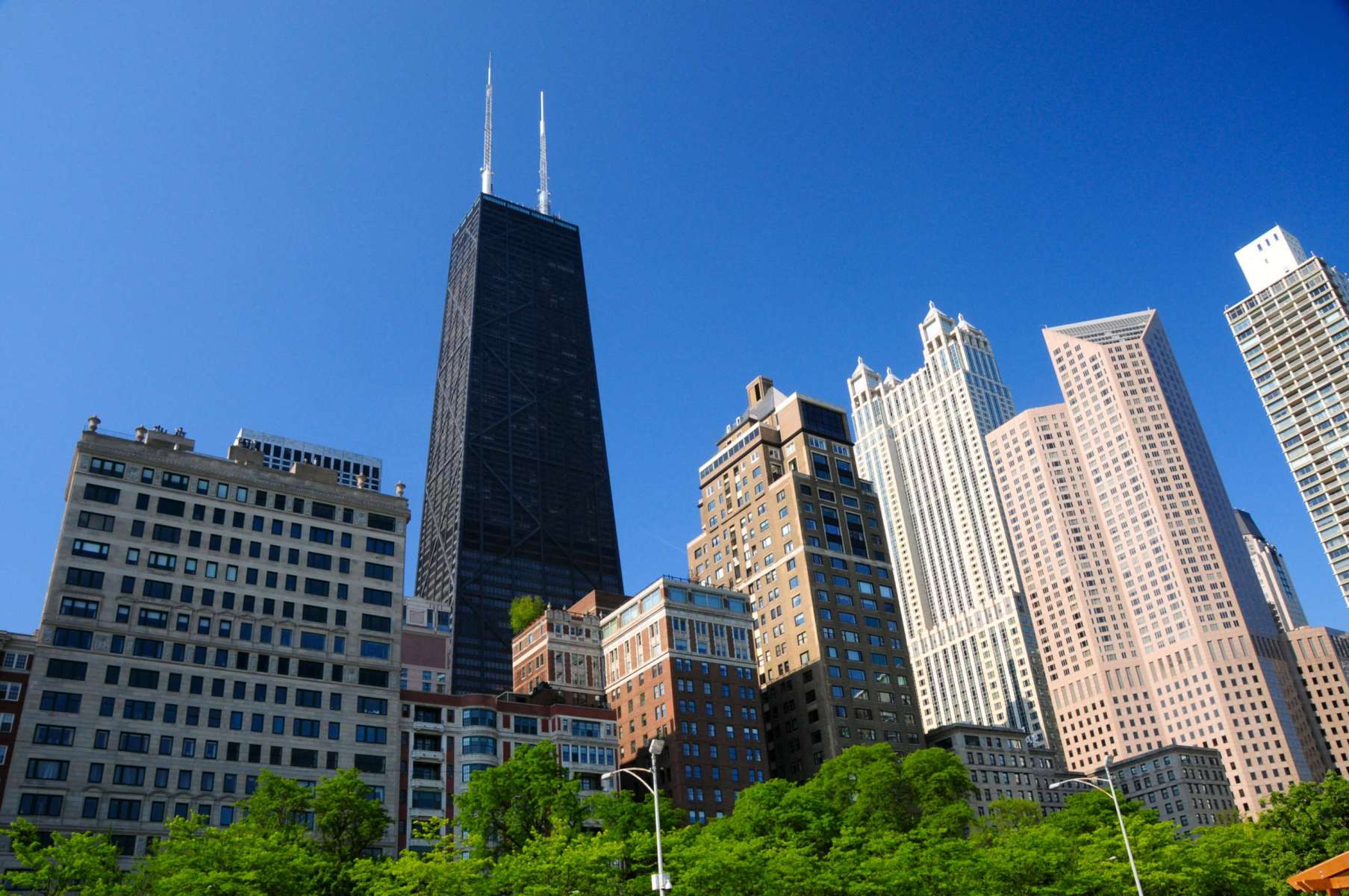 The city of Chicago is known for its amazing pizza, great sports, and Lollapalooza, to name a few. But there’s no way you can forget the beautiful architecture dotting our skyline. Here are 10 famous Chicago buildings and the history behind them. 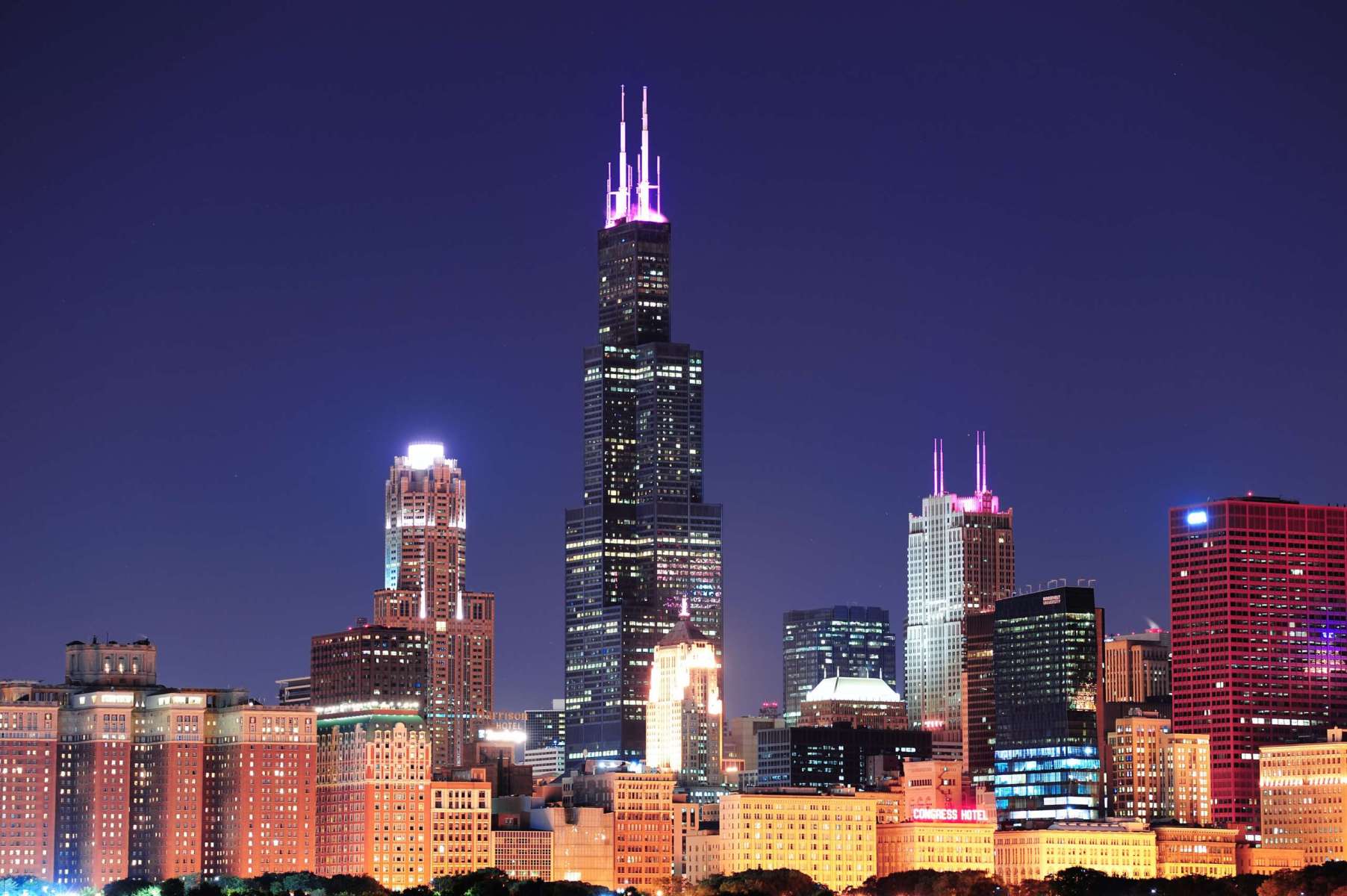 The Willis Tower has been a tourist attraction since 1973. Taking 2,000 workers and three years to build, this skyscraper in Chicago gives you a gorgeous look over all of Chicago. The infamous retail chain Sears decided to make an offer on the building’s name, which it was dubbed until 2009, when insurance company, Willis Group Holdings, decided to lease the name. Now another name change remains to be seen since Aon bought out Willis last year. 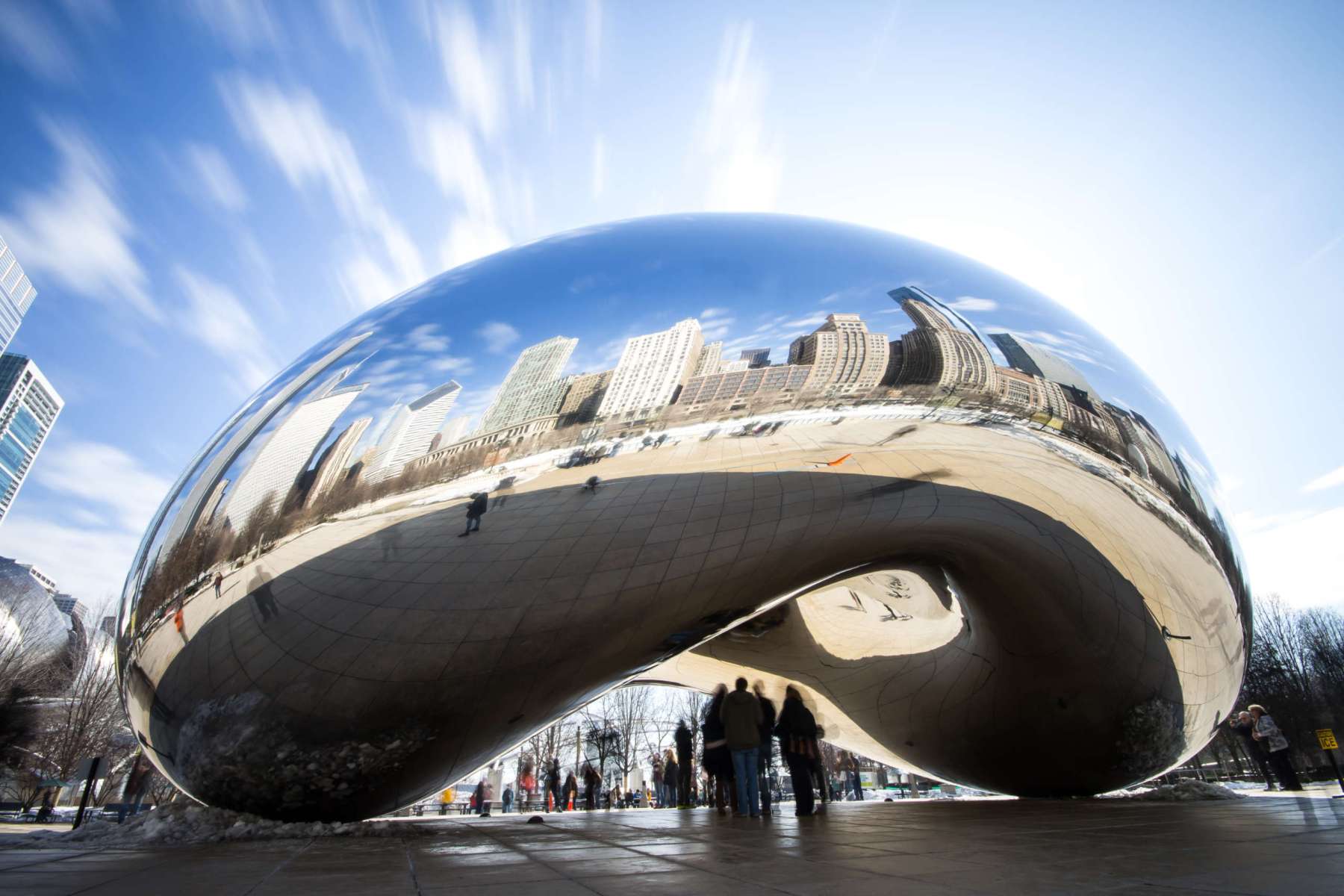 Cloud Gate (aka The Bean)

Cloud Gate, otherwise known as ‘The Bean,’ is another fantastic tourist attraction in the city of Chicago. This stainless steel sculpture is 66 feet long and 33 feet high. When you walk underneath The Bean, you are surrounded by 168 mirrors that were welded together to give it its shape. Being right along Michigan Avenue in Millennium Park, it’s always a great photo opportunity! 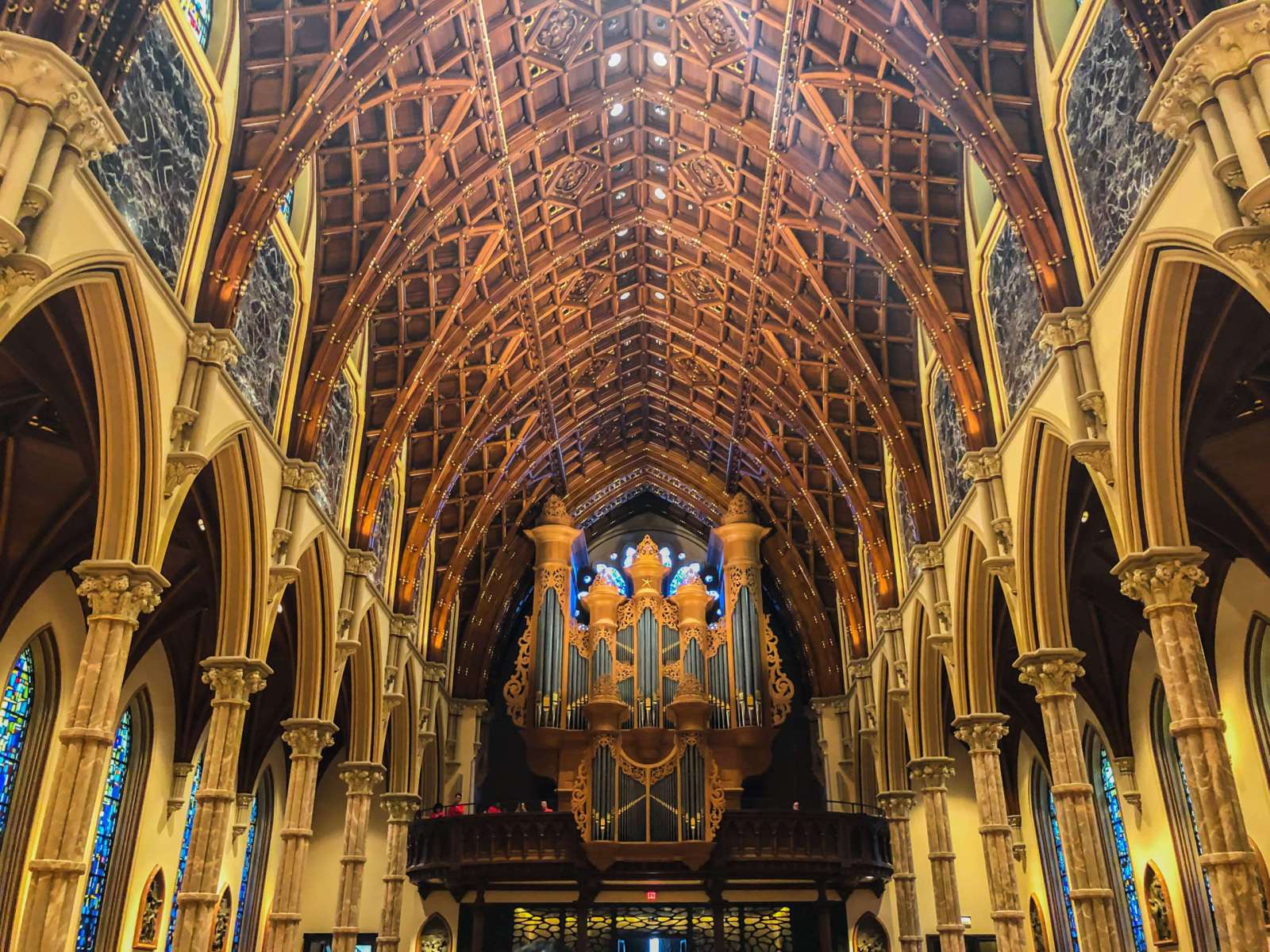 Opening in 1847, Holy Name Cathedral is one of the largest Roman Catholic dioceses in the United States. In 2009, there was a fire in the attic of the church but luckily firefighters were able to put it out fast without any damage to the exterior art. This famous Chicago building features beautiful architectural and structural art that portrays the history of the city. 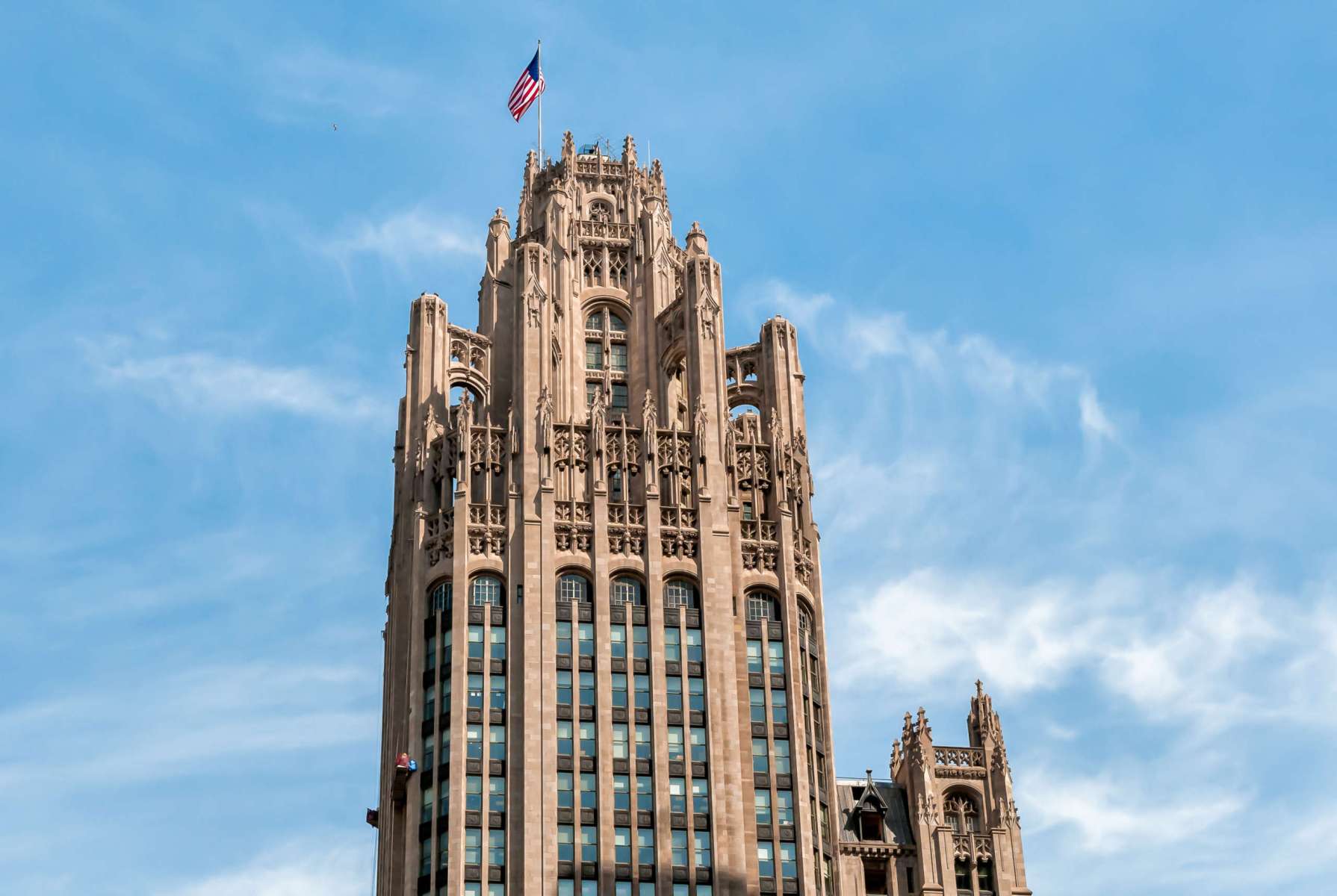 Located on the Magnificent Mile, Tribune Tower was home to the Chicago Tribune, Tribune Media, and Tribune Publishing. The original Tribune Tower was built in 1868 but was destroyed in the Great Chicago Fire in 1871. In 2018, work began on converting the entire building into apartments, which is expected to be complete by late 2020. 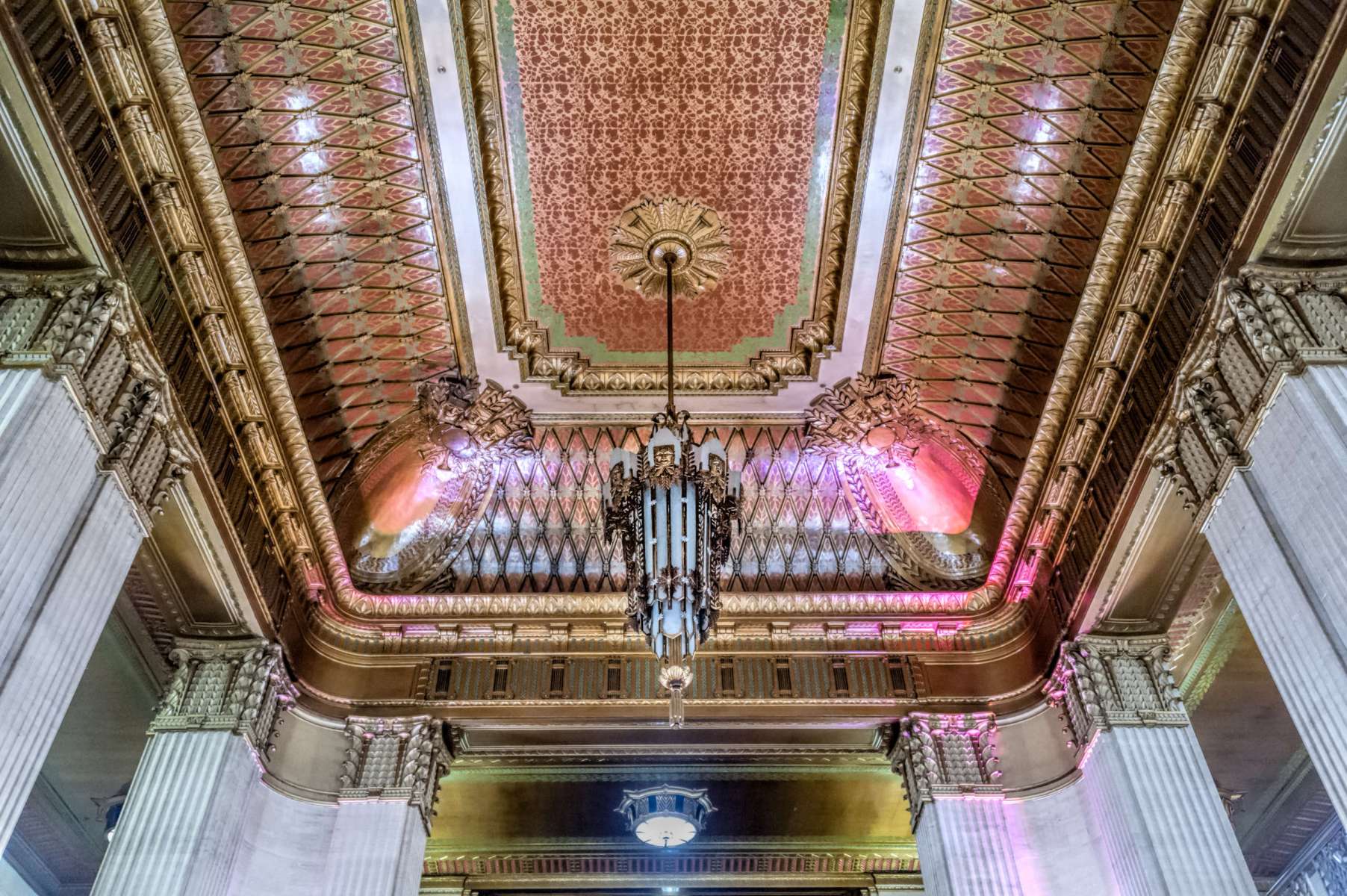 Seating 3,563, the Civic Opera House has been around since 1927. Being seen as built like a large chair, this unique structure is also home to a 45 story office building and two 22 story wings. 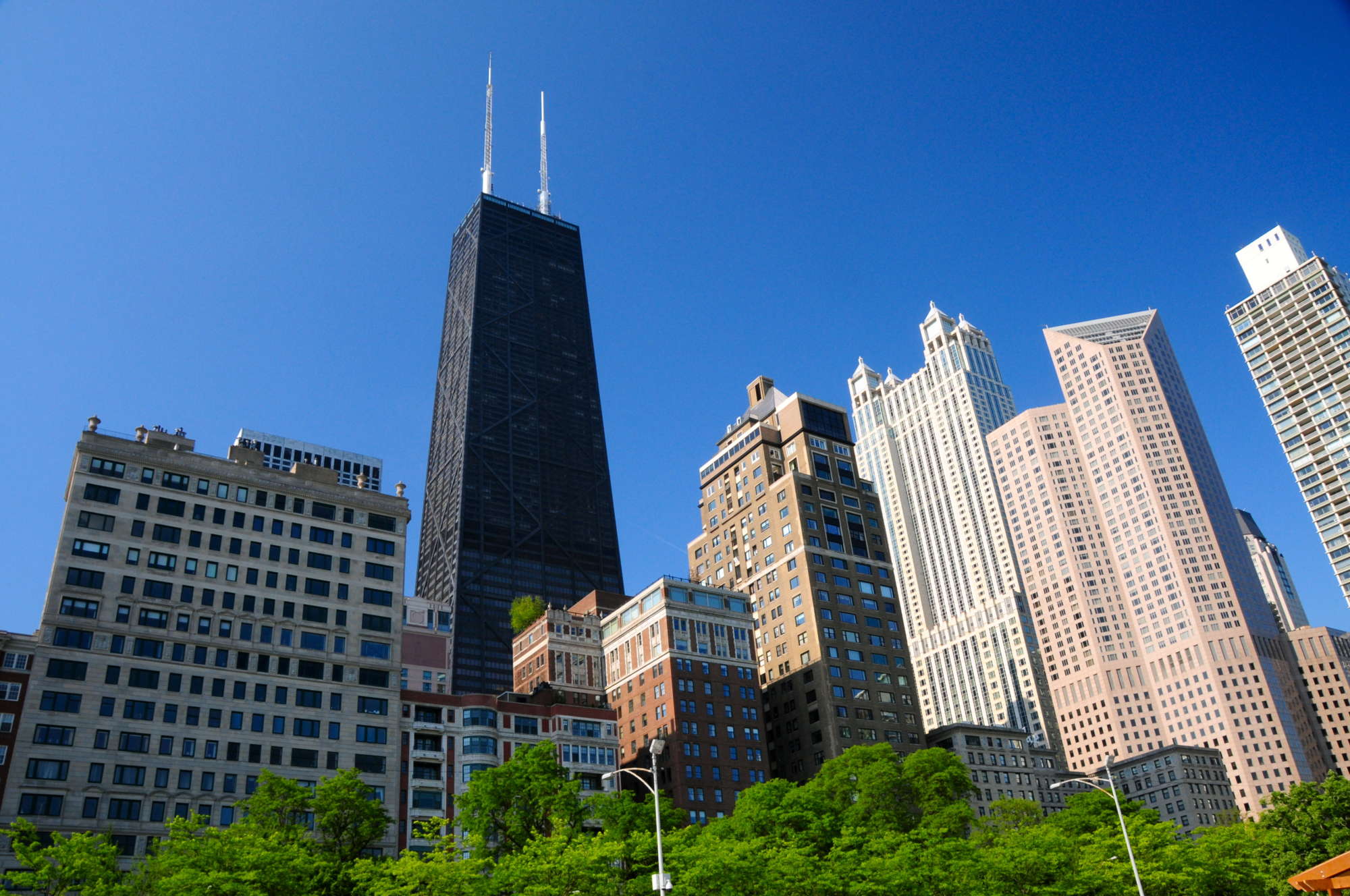 This 100-story, 1,128-foot building on the Magnificent Mile district was changed to 875 North Michigan Avenue in February of 2018. The building is the 13th tallest building in the United States and 33rd in the world. 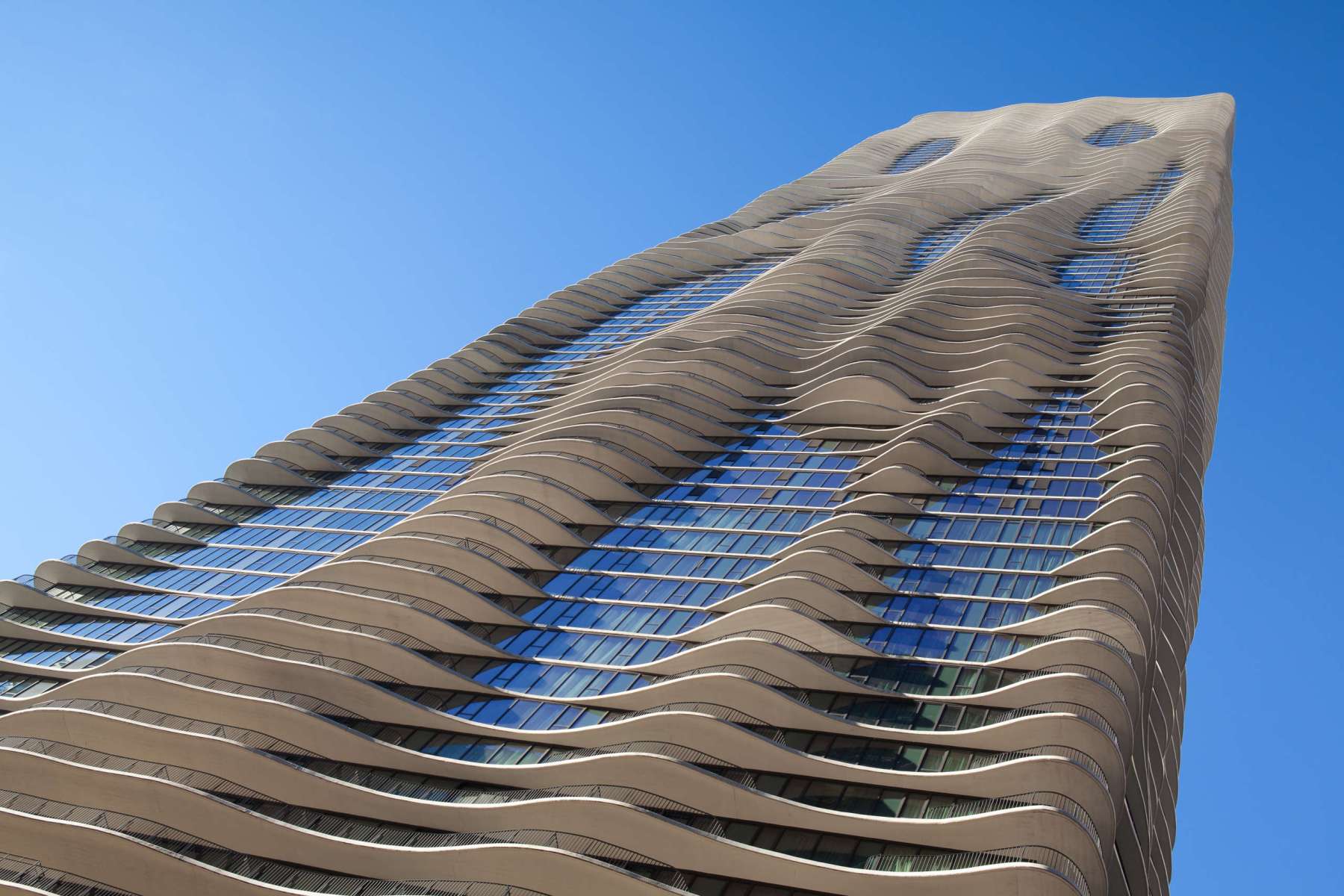 This 82-story apartment complex is a sight to see. With its unique design and structure, famous Chicago building also includes five levels of parking underground. This towering piece of art in the center of Chicago has earned many awards for design excellence. 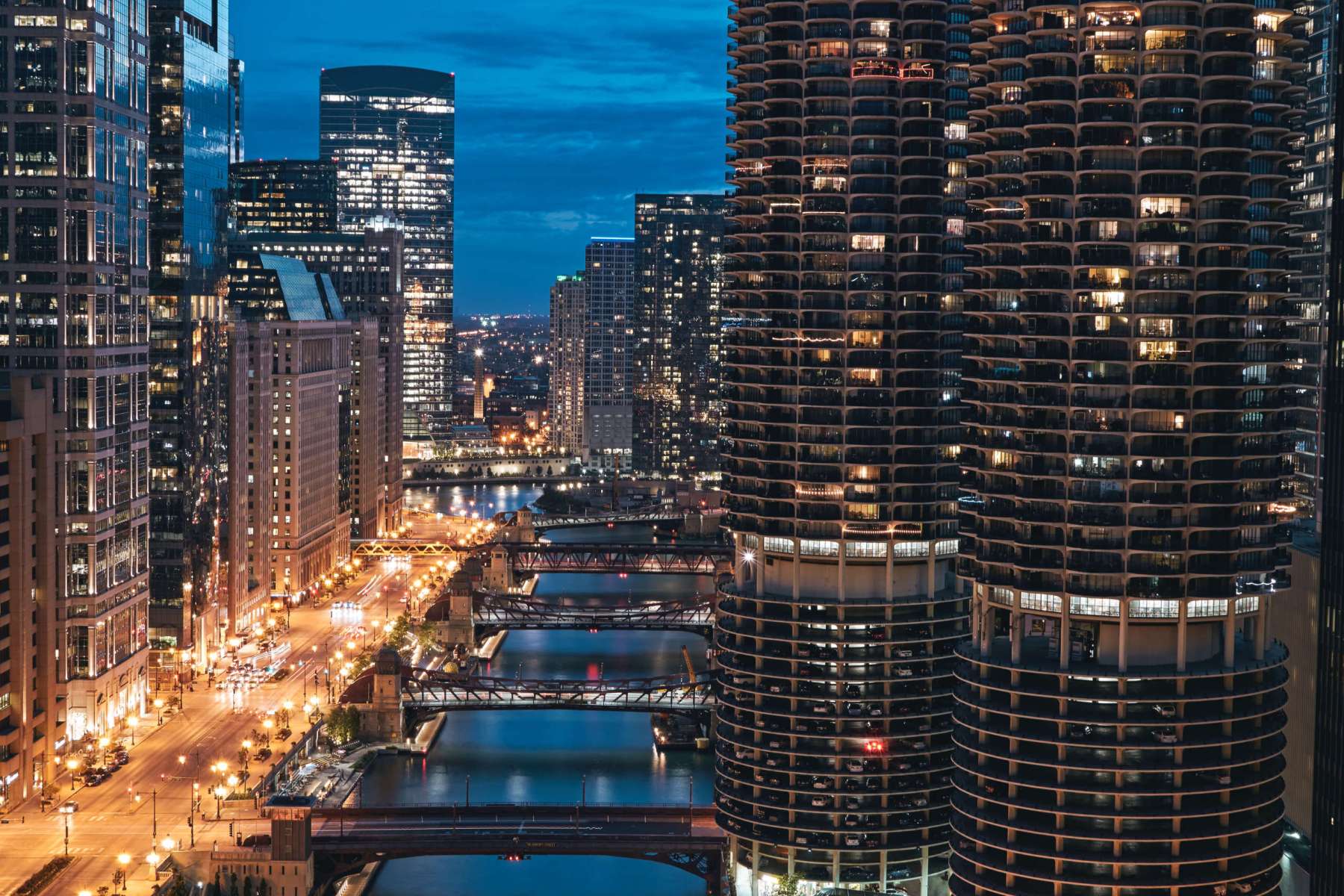 Designed by architect Bertrand Goldberg, this multi-use building sits right next to the Chicago River. It’s so large that it occupies almost an entire city block on State Street. 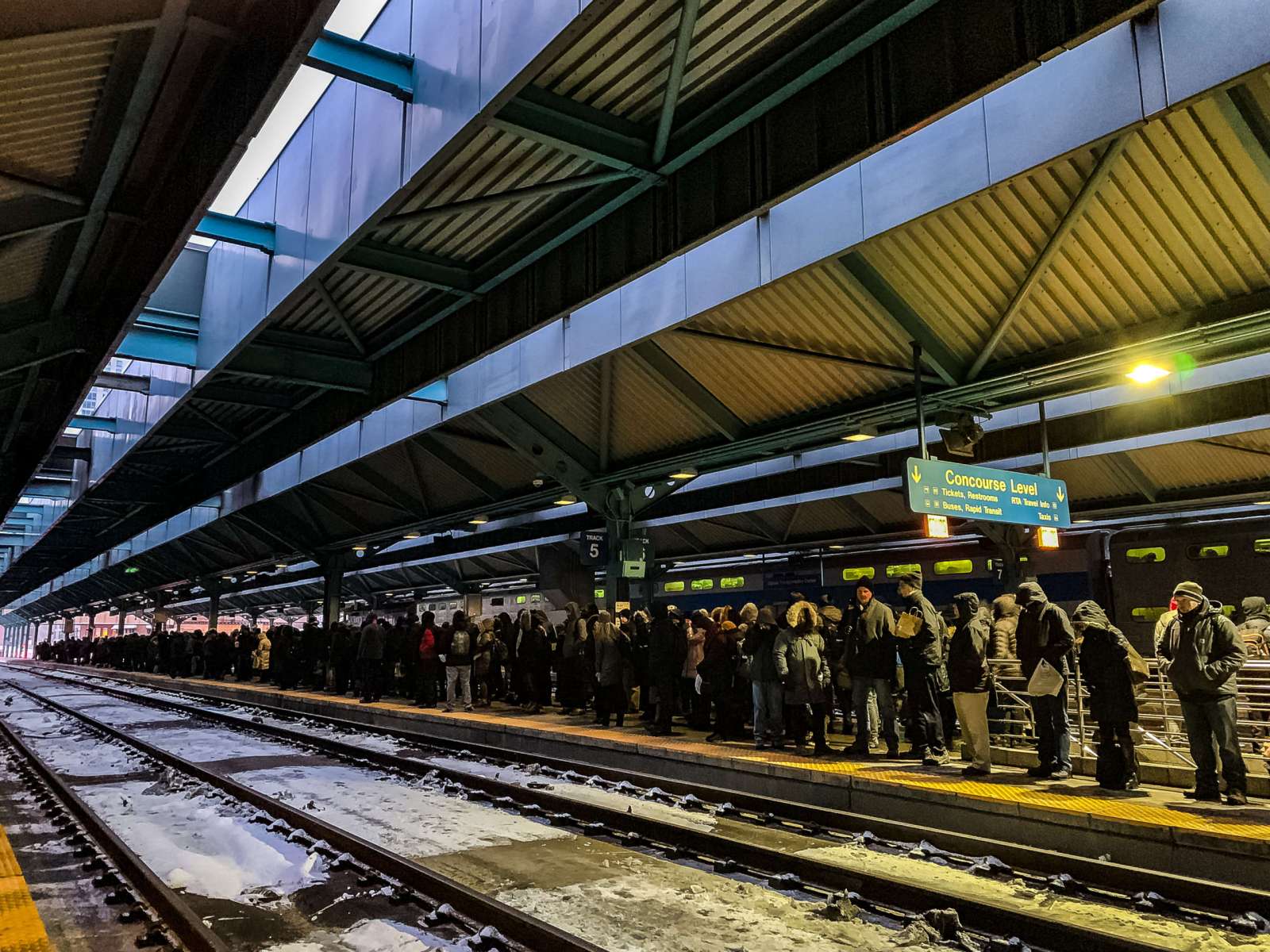 The hub of the Metra lines, Ogilvie Transportation Center, was built in 1911 and was rebuilt from 1984-1987. With eleven lines running all throughout the outer suburbs of Chicago, Metra estimates it has over 281,100 passengers on any given weekday and 93,200 on a weekend.