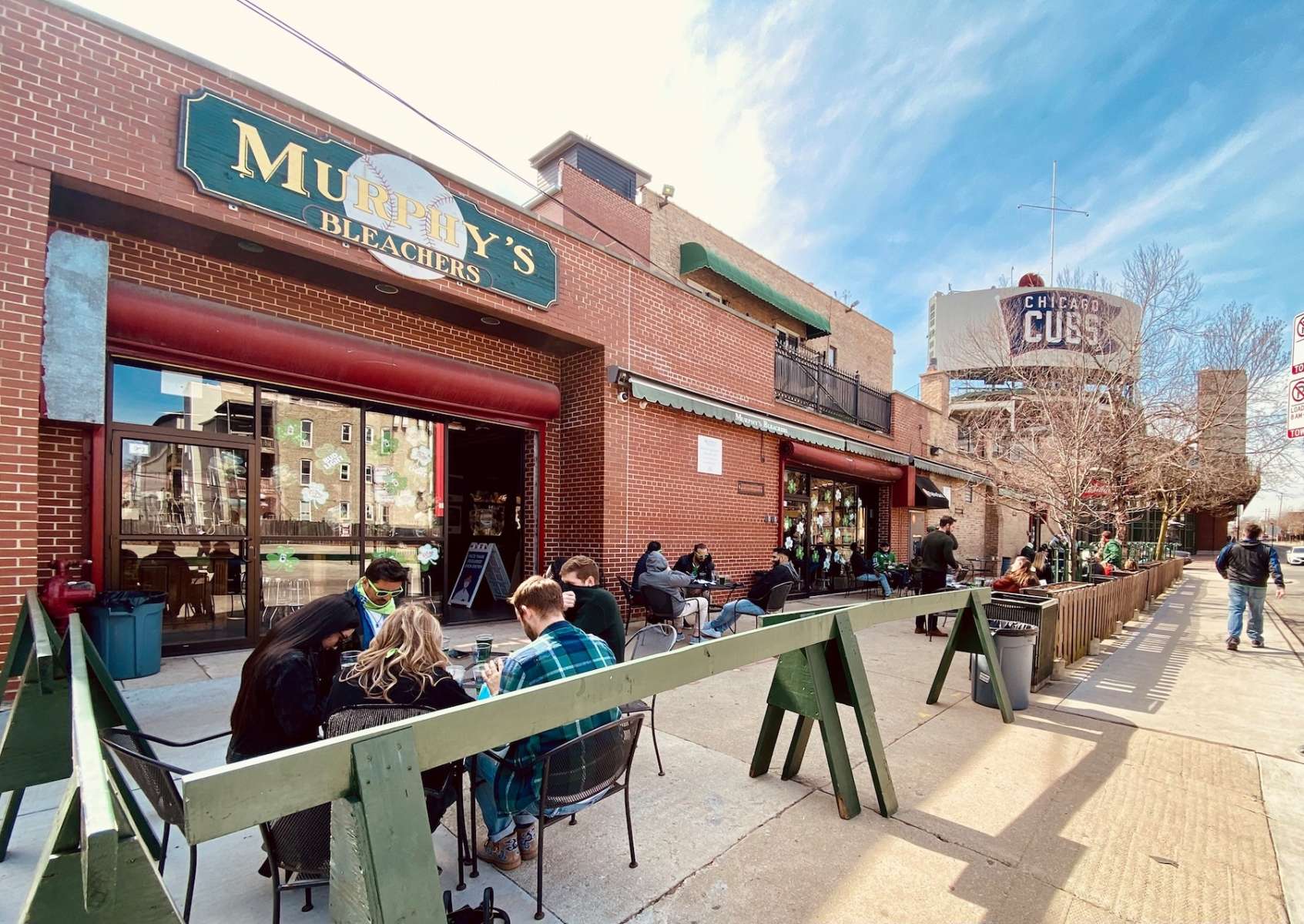 Baseball season is back! There’s nothing better than stadium seating but if you’re looking for something outside the stadium, consider catching the game at one of these top Wrigley Bars on game day.. Get the full Cubs experience without the aggressive crowds or hassle with one of these 10 game day hot spots.

For almost 80 years, Murphy’s has been a neighborhood fixture. However, it became the legend it is today when Chicago Police Detective, Jim Murphy, took over. Mr. Murphy understood the magic of historic Wrigley Field and the allure of icy beer on gameday. And now it’s one of America’s premiere sports bars.

Looking for the best view of the skyline and Wrigleyville? Then head over to this down-to-earth location. The Dugout opens 4 hours before the action begins so you can relax while waiting for the game to start. Plus, they’re the only rooftop in Wrigley that lets you stay after the game and serves hard drinks. Um, yes please!

Directly across from Wrigley Field, one of Wrigley’s more recent additions is Rizzo’s Bar & Inn. Boasting three different bars, a hybrid indoor/outdoor entertainment area, and a ridiculously good menu of food and drink Rizzo’s is the perfect game day drinking spot. And before you ask, no, they are not linked to the Anthony Rizzo.

Since 1985, Sluggers World Class Sports Bar and Grill has been the go-to spot for Chicago locals. With over 30 giant HDTV’s, you’ll never miss a winning moment! And if you’re hoping to dial up the fun, Sluggers has a full indoor sports complex with batting cages, skee-ball, arcade games, and more. When it comes to Wrigley Bars on game day, we’re here for it.

Sports fans, cheer on the Cubs at this friendly neighborhood joint! Come witness ALL the action on one of their 16 TV’s, broadcasting every Chicago team. While you’re at it, dig into the Output’s famous wings, grab some other delicious eats, and knock back a drink (or several) from their full service bar.

A post shared by The Cubby Bear Chicago (@cubbybearwrigley)

Here it is folks, ~thee~ destination for Wrigleyville’s best live music and sports entertainment! The Cubby Bear has celebrated some of the most iconic Cubs victories and incredible shows. The venue was even recognized by the Chicago Music Awards as the Best Rock Club and Maxim magazine named them the number one Neighborhood Bar in Chicago.

Skip the peanuts and Cracker Jacks and hang out at this Wrigleyville staple instead. Here’s why: Casey Moran’s boasts a beer garden with a retractable roof, 6 fully-stocked bars, a VIP lounge and Ivy Lounge Rooftop. Plus, with 30 big screen HDTVs, there’s not a bad seat in the house.

Root, root, root for the home team at Wrigleyville’s oldest bar! After 60+ years, Nisei Lounge has largely remained unchanged since Nixon was President and the Cubs only had one World Series ring. Enjoy a strong cocktail, cold brewski, or shot of Malort while you view the game on one of their six flatscreen televisions.