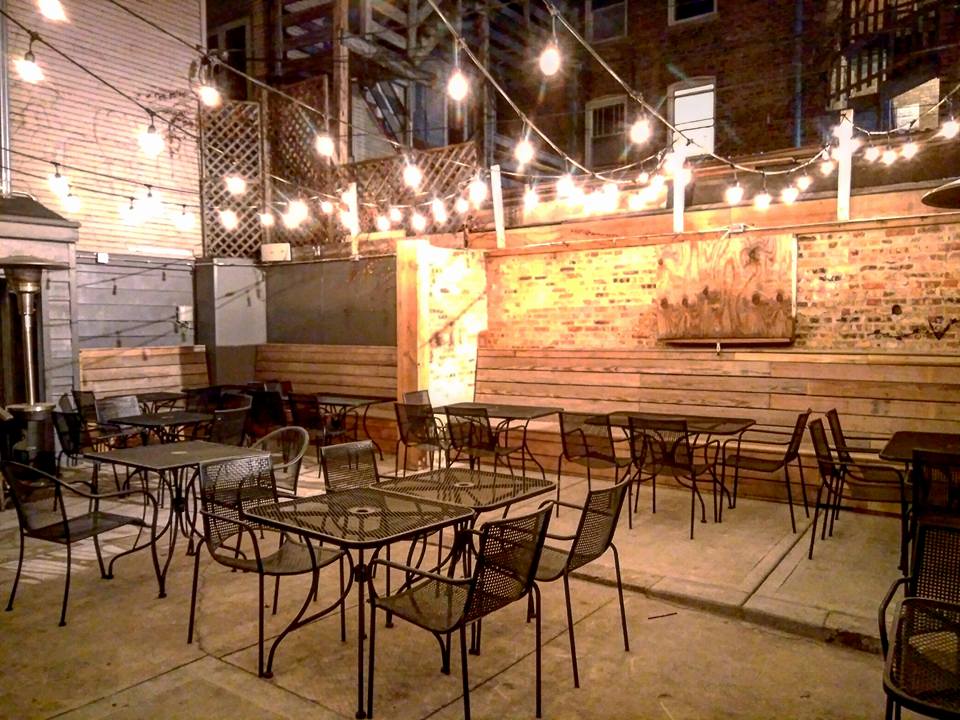 Trivia nights are knocking for you to open the door to your mind vault of useless––or useful––information. If you know a lot about something, whether it’s sports, foreign affairs, pop culture, history, or a very niche subject, put that knowledge to the test at your local bar! Flex your brain and tackle trivia questions with a team or by yourself while enjoying booze and grub. Check out the hot spots for a trivia night in Chicago below!

Since 1996, Fadó Irish Pub has been serving up a menu laden with classic Irish dishes alongside unique, modern, and mouthwatering originals. On Wednesday nights at 7 PM, Fadó hosts their weekly bar quiz. Free for all, this trivia features awesome prizes and runs on a first come, first serve basis. While you and your crew are challenging your random fact knowledge, dive into one of Fadó’s many craft beers, smooth whiskeys, or hand-crafted cocktails. Trivia is more fun with a buzz, anyway.

As one of the most popular spots in the heart of the Fulton River District, the trivia nights at Jefferson Tap truly live up to the hype. Every Tuesday at 7 PM, bring a group of your closest (and smartest) friends to show off your trivia skills, munch on their eclectic menu, and sip on some refreshing drinks. From Irish nachos piled high to a cheeseburger burrito, your stomach will be as happy as your brain when you crush that final question and bring your team to a mid-week trivia victory.

Is there any better place for trivia than a classic Chicago beer bar? I don’t think so, which brings us to trivia night at The Green Lady! With 15 drafts and over 100 bottles and cans on the menu, you and your beer-and-trivia loving gang can make a great night out. Everyone knows that the weekend in Chicago starts on Thursdays, so head to The Green Lady at 8 PM to sip on some brews and test your smarts.

Burwood Tap is an absolutely legendary bar in Chicago. Being almost 90 years old, this spot has gotten popular for many reasons: Chicago Crime Tours, incredible daily drink specials, and of course, trivia! Every Wednesday at 9 PM, Burwood Tap kicks off their free trivia night that’s perfectly paired with $10 pitchers of Bud Light or PBR. Fuel up with some beers and get ready to take on other locals looking for the exciting feeling of winning pub trivia on a weeknight. Best. Feeling. Ever.

As a Wrigleyville staple for almost 80 years and right across from Wrigley Field, Murphy’s is no doubt a go-to for Cubs fans. The sports pub was also the first with an open rooftop––in 1984––which has now been a defining part of Wrigleyville. Whether you’re a baseball fan or not, Murphy’s is a great destination for local craft beers and an award-winning menu.

Thursday night trivia (except on home game days) 7:30 to 10 p.m. is when you bring your A-game. Join a team of six to battle it out – the top three teams win a prize!

A post shared by Kirkwood Bar and Grill (@kirkwoodbarchi)

This Lakeview sports bar is a major draw for Indiana and Nebraska college fans. Besides being a frequent haunt for sports fans, Kirkwood’s trivia nights are also popular, happening every Monday at 8 p.m.

Victorious or not, share a one-gallon fishbowl––or a few––with your squad. Try the Katy Berry, with ​​Svedka Raspberry, lemonade, Berry Mountain Blast Powerade, and sparkling water, or three other flavorful options. Dig into the delicious grub while you’re at it too! The Spicy Crispy Chicken Sandwich and Hoosier Burger are crowd favorites.

Every Tuesday during Happy Hour from 4:00 pm to 6:00 pm, Old Town Pour House brings you themed trivia nights to challenge your knowledge! The themed nights range from Sex & The City, The Office, Real Housewives, Golden Girls, and Friends. No sign-up required, just show up before 7:00 pm.

Wanting to come on a night you feel the most confident? Check out the full theme line-up here!

Read More: 6 Best Restaurants to Get Pasta in Lincoln Park

The Globe Pub in Northcenter is one of the best bars in the city to watch international sports. Patrons enjoy watching European football, chowing down British fare, and indulging in a jumbo beer list with 45 draft lines. The menu includes classic sports bar eats like burgers and wings while staying true to The Globe’s English roots with faves like the Full Fry Up, Fish & Chips, and Bangers & Mash.

Ready your brain, fuel your body, and challenge yourself on trivia night, every Tuesday at 8 p.m.

The Graystone Tavern is a short block away from Wrigley Field, so you know support for the Cubs––among other teams, including Chelsea F.C. – is strong. This classic sports pub also supports a large beer, cider, and wine menu, with over 42 varieties of beer and cider. They have all your go-to pub fare as well, like burgers, wings, nachos, and other comfort food.

There’s trivia every Thursday night at 7 p.m., with themes like The Office, Friends, Seinfeld, and Harry Potter, and a chance to win cash money. Win the game and you get a shot at the plinko board––maybe you’ll be lucky and take a fat stack home with you!

This laid-back neighborhood bar in between Logan Square and Humboldt Park has a large craft beer menu and world-class cocktails, as well as a tasty menu with house-made burgers and other late-night eats.

Trivia starts at 8 p.m. every Wednesday with prizes like a $50 gift card for the first-place team.

Simone’s is an eco-friendly bar in Pilsen with craft beers and Mexican-inspired pub fare. The bar has fun regular events like Karaoke Sundays, live DJs on Fridays, and trivia every last Tuesday of the month. The bar also hosts stand up, burlesque shows, and other events you wouldn’t want to miss.

For drinks, there are deliciously concocted cocktails like the Dirty Abuelita, a Cazadores Reposado infused with Chile Arbol peppers, mixed with hot chocolate, topped with whipped cream, and garnished with cinnamon sprinkle. Simone’s pizza puff is a must-try app – a deep fried sausage pizza puff that’s perfect to chow on and impossible to stop.