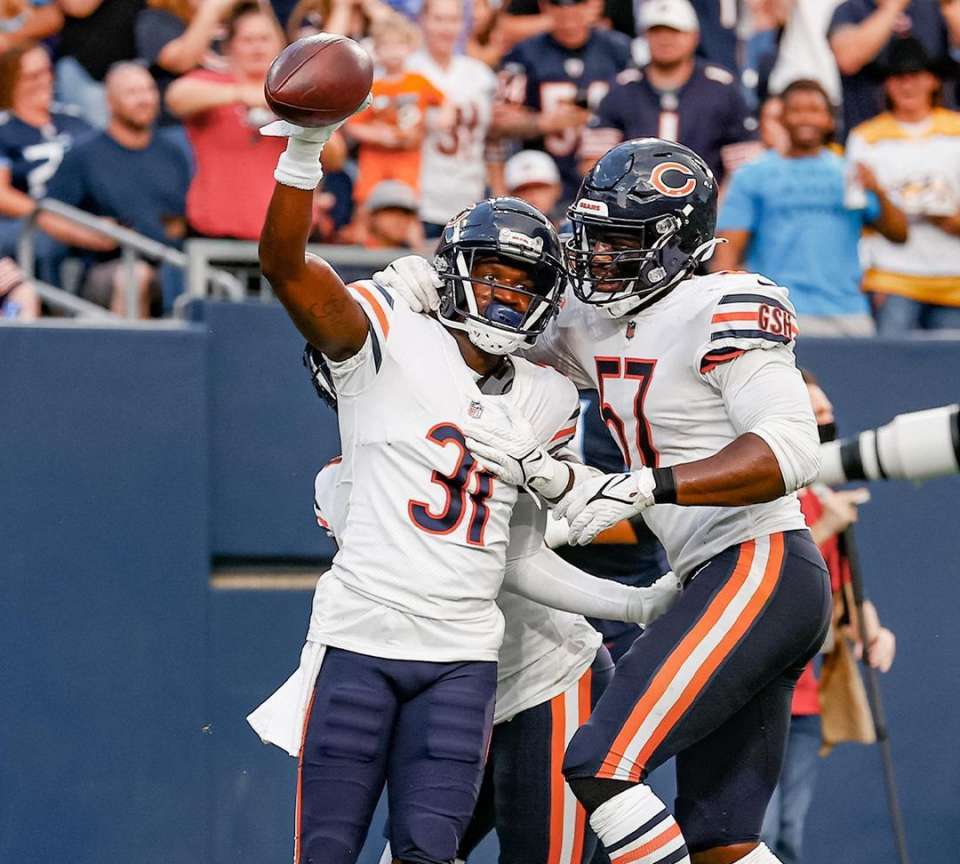 UrbanMatter’s NFC North Predictions: How Competitive Can the Bears Be in 2021?

It’s the moment that every football fan in America has waited for. The return of the National Football League! With an extra game added to the league’s schedule this season, we’re receiving 16 additional matchups of the game we love. And as Chicago Bears fans here at UrbanMatter, we have every reason to get excited about the upcoming year of football. The rest of our division should not sleep on the Bears in 2021. So, with that said, let’s get to our NFC North predictions for 2021!

Whether you live in Chicago, Green Bay, Minnesota, or Detroit, I think many of us who follow the NFC North agree on one thing. The Detroit Lions are the worst football team in this division. Like seriously, it’s not up for that much of a debate. The Matthew Stafford era concluded after the team shipped him off in a trade with L.A. back in January. Part of the deal included younger-than-Stafford quarterback, Jared Goff. However, even he can’t be expected to carry this team to the promiseland. The Detroit Lions haven’t finished anything other than last in their division since the 2017-2018 season. Therefore, our first NFC North prediction for 2021 is that they keep up with the trend. Like seriously, Goff’s top receiver weapons on the Lions are Tyrell Williams , Quintez Cephus , Kalif Raymond and Amon-Ra St. Brown. Tight end T.J. Hockenson will be there to catch balls too, and he should definitely be targeted in your fantasy football drafts. But as far as the rest of the team goes? Absolutely not. We’re predicting an abysmal 2-3 wins.

Alright, we’re going to peel the bandage off quickly here and say that we expect one of these teams to finish as the division champ. We’re not proud or happy about it, but we’re not going to get our hopes up and set unrealistic expectations. So yes, our second NFC North prediction for 2021 is that the Packers come out at the top of the division. Aaron Rodgers agreed to stay with the team and is undoubtedly hungry after falling to old man Brady in the NFC Championship game last year. Expect them to give us the usual headaches this season. Looking at their schedule, we predict a 13-4 finish.

As for the Minnesota Vikings, they’ll be good, but we obviously don’t see them finishing first. Or even second for that matter. For the Vikings, we predict that they finish with around 8 or 9 wins. They have a semi-decent offense behind Kirk Cousins, Dalvin Cook, and receiver duo Justin Jefferson and Adam Thielen. They lost tight end Irv Smith Jr. late in the NFL preseason. It’s a hefty blow, and their offensive line isn’t the greatest. That same exact thing can be said about our favorite NFC North team though…

We talk a lot about this team so we’ll cut right to the chase. For the 2021 NFL season, we predict the Chicago Bears finish 2nd in the NFC North with a 10-7 record. Take that with a grain of salt because us Bears fans always expect the most out of this team. So call it 10-7 and plus or minus a win.

The Chicago Bears franchise and their fanbase should be excited for this year. And there’s no doubt that we are. Plenty of hope for our first round pick, Justin Fields contributes to much of the hype. Then you have the return of Tarik Cohen, the sophomore year for Darnell Mooney, and slight upgrades to the offensive line in both the draft and signings. Only question remains to be answered: When will rookie Justin Fields earn the starting job? No one knows. Coach Nagy most likely doesn’t either. The only thing that’s for sure is that he won’t be starting week one. But, if the Chicago Bears week 10 bye rolls around and he isn’t starting, then we better be 7-2 or better, and Andy Dalton better be as red-hot as his hair.

You can bet on the Bears all season long at BetRivers Sportsbook in Illinois, or in other legal states. That means you can try Virginia sports betting, or bet in Iowa, Michigan and other states where BetRivers operates.