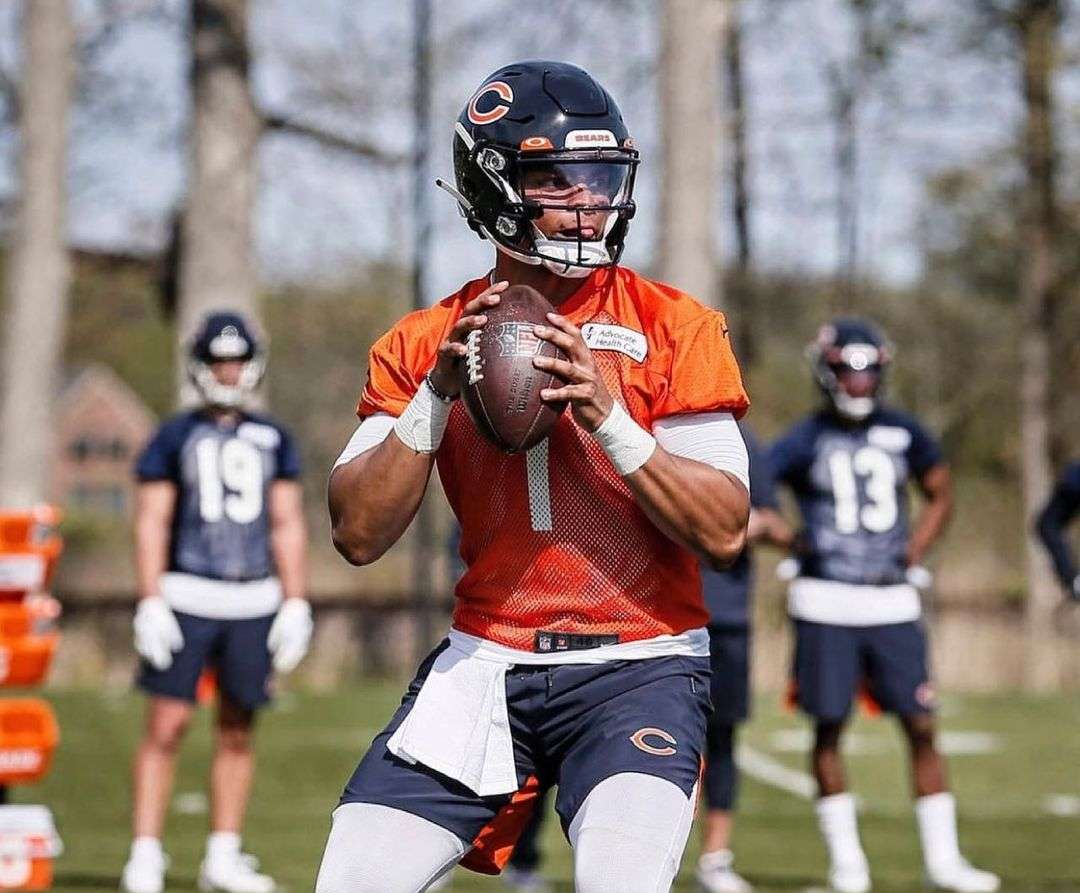 Is Justin Fields Starting For The Chicago Bears In 2021?

It’s not a matter of ‘if’ Justin Fields starts for the Chicago Bears, rather when. Will it happen this season? That remains to be seen. Since we only officially have Matt Nagy’s word to base things off of, he won’t get the starting nod when week one rolls around. But things can change fast in the National Football League. And as the days go by, the calls for Justin Fields starting are only going to grow louder and louder.

In fact, many Chicago Bears fans, analysts, and football personas have already started championing Justin Fields starting on week one. NFL broadcaster Cris Collinsworth is on that side of the discussion as he claimed in a recent podcast that Fields would start if he was the head coach. Fortunately, or unfortunately, depending on if you agree with him or not, that title belongs to Matt Nagy. Will he give in to the hype and chatter and let Fields loose? Or will he keep his young prospect on the bench for the majority of the season à la Patrick Mahomes-style?

Despite what many of us fans want, there’s a slim chance Justin Fields starting week one happens. Not impossible, but slim. The Chicago Bears coaching staff have everything to gain with the development of their first-round draft pick, and equally as much to lose if they mess it up. That’s why we *should* expect to see Andy Dalton take the first snap week one when the Bears play the Rams. However, don’t expect that to last all season long.

Chicago Bears quarterback coach John DeFilippo has echoed the words of Nagy recently when he said that, “we’ll all know when it’s Justin’s time to go win a football game.” So it’s clear that they’re expecting Fields to start this year, but when? Realistically, if we had to call it, we’re saying Justin Fields starting happens before the week 10 bye. And if you want our best realistic guesstimate, it happens in Week 8 after two games against the Packers and the Buccaneers. But let’s not be realistic here for one second.

Our Thoughts On When He Should Go

Week One. Sign it, seal it, deliver it. That’s our call.

What do the Chicago Bears have to lose at this point? An injury concern? Yeah, okay… maybe. But there’s that risk in literally EVERY play throughout an NFL season. Justin Fields is tough, and he’s already got the mindset that he’s going to do everything in his power to get the starting job. A lack of regular season action will only delay his potential stardome. Plus, if the Bears want to keep other offensive weapons happy over the course of the season they will go this route. Justin Fields starting should only serve to bolster the offense and his development as a professional NFL quarterback. They probably won’t end up doing this and that’s understandable, but they certainly wouldn’t get bashed if they did. Let the kid play!

You can bet that Fields will take snaps in critical situations this season. And you can take part in NFL betting right now online anytime at your favorite online sportsbook.