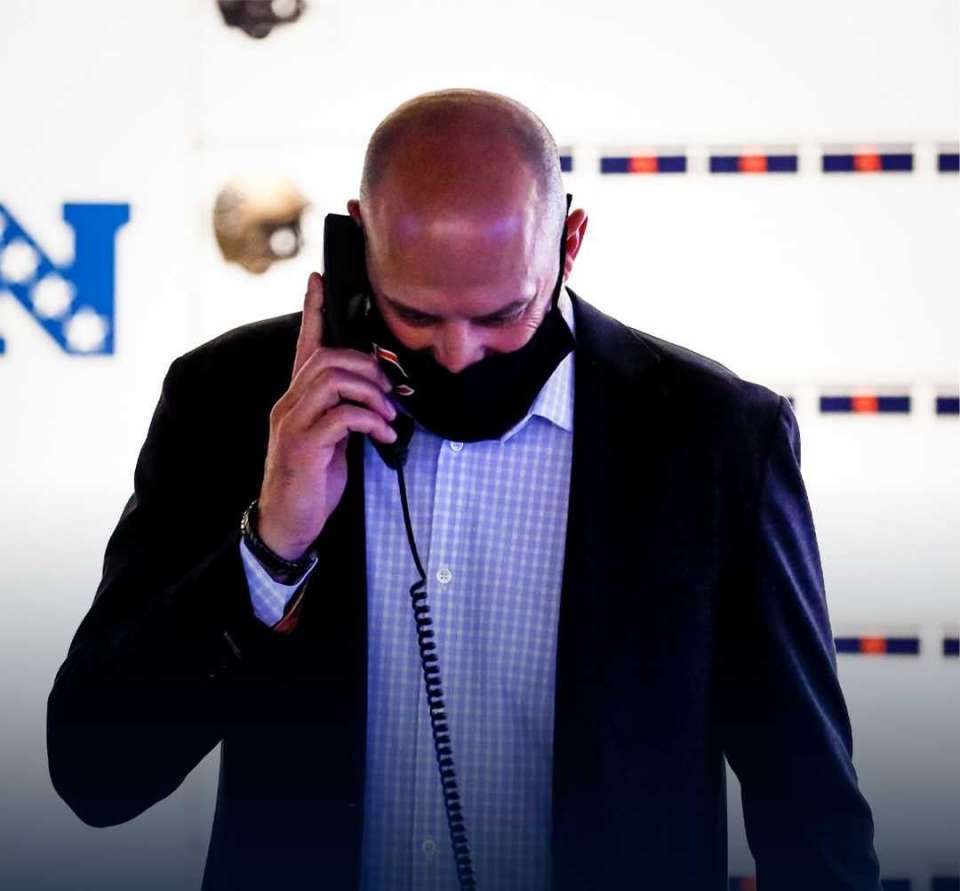 Consider the names Mike Ditka, Joe Maddon, Ozzie Guillén, Joel Quenneville, George Halas, and Phil Jackson. When you look at that list, it’s no secret that Chicago teams had some pretty incredible coaches in their time. And those names are just some of the best Chicago coaches who’ve achieved the ultimate accomplishment in sports. Winning a championship. Some of those guys won it all more than once during their time and went on to coach for many years. But, does coaching tenure in professional sports have an impact on team success?

Our gut says it does. But we don’t want to just go with our instincts here, we want facts! Thankfully, the sports fanatics over at SportsBettingDime had the same questions we did about coaching tenure in professional sports. Does longer tenure lead to larger numbers in the win column? And how much do fans think coaches contribute to team success? The answers to all of these questions and more can be found in SportsBettingDime’s recent research dive into coaching tenure in professional sports. 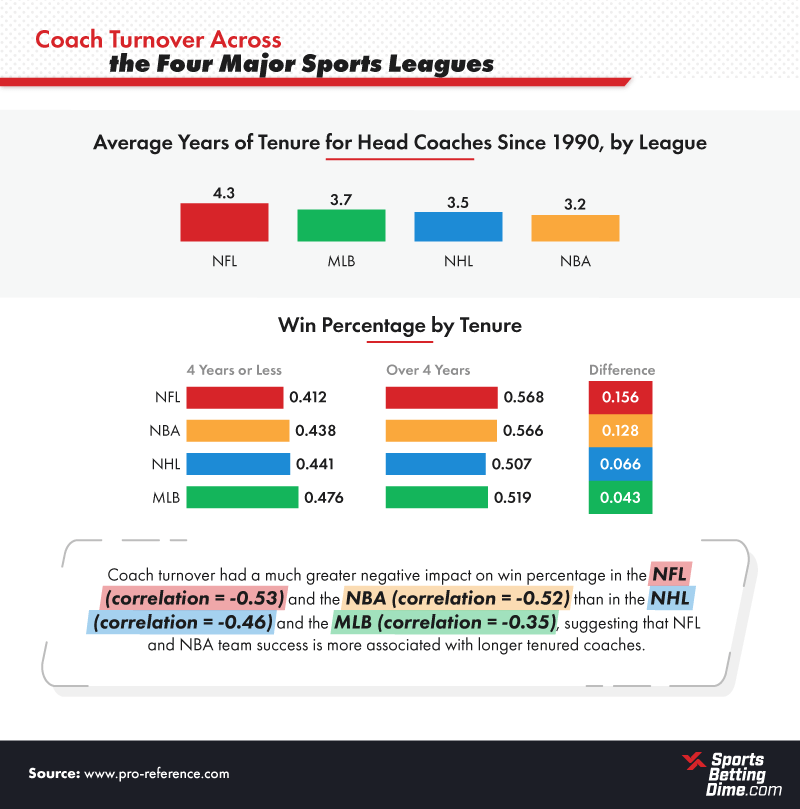 The research on coaching tenure in professional sports led to some pretty insightful findings. For starters, tenure certainly has an impact on team success. In their research, SportsBettingDime looked at data from the NBA, NFL, MLB, and NHL from 1990 and beyond. They also surveyed fans of each of those leagues, resulting in four separate surveys with 300 respondents each. 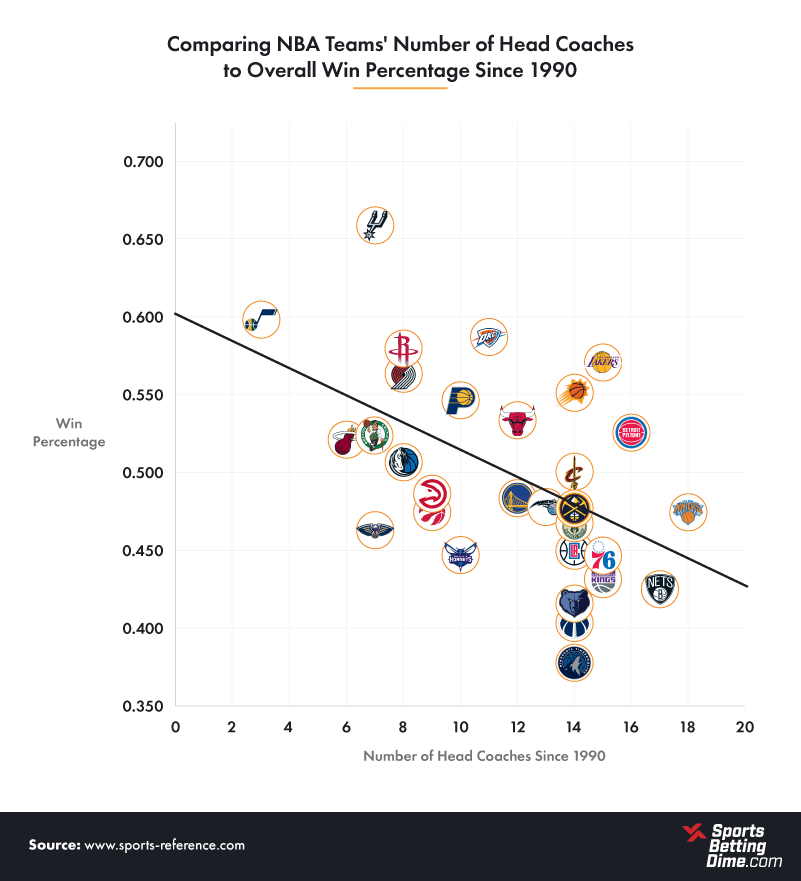 With that data, it’s pretty clear to see how coaching tenure impacts professional sports. In their research, SportsBettingDime also surveyed sports fans  to gauge how they felt a coach impacts a team’s success, and who they felt the best active coach in each league was. For the MLB fans, 39% of them indicated that former Chicago Cub manager Joe Maddon is the best MLB manager. They attributed MLB managers to 50.8% of their teams success. In the NHL, 44% of their fans think Barry Trotz is the best active head coach, and attribute their coaching to 57% of the team’s success. That was the highest attribution percentage out of all the leagues, which makes sense considering all the line changes and goalie pulls that can happen in an NHL game.

Fans of the NBA considered Gregg Popovich to be the best coach in the game today, with 53% surveyed feeling this way. This is despite Steve Kerr having the highest active win percentage of .692. Popovich’s winning percentage falls right behind Kerr at .672. NBA fans attributed coaching to 51% of a team’s success. The final set of fans surveyed were NFL fans, and 65.7% of them said Bill Belichick is the best active NFL coach. No surprise there. NFL fans attributed coaching to 55.5% of a team’s success in that league.

How Do Chicago Coaches Fare?

Pretty well actually. Since 1990, the majority of our teams in the four major leagues have a winning percentage above .500.

Since 1990, the Chicago Blackhawks have had 12 head coaches with an overall win percentage below .500. Former head coach Joel Quenneville is the 5th winningest active head coach.

The Chicago Bulls have also had 12 head coaches since 1990, and their winning percentage is above .500. Current head coach Billy Donovan is the 5th winningest active coach, and former 90’s dynasty coach, Phil Jackson, is the most winning retired coach.

As for the Chicago Cubs, who are in need of some major fixing, they’ve had 15 managers since 1990. Their win percentage is below .500. The White Sox have had 8 managers since 1990, and fans labeled Tony La Russa as the 3rd best active manager in the league. Would his players agree though…?

And finally, the Chicago Bears. They have had 7 head coaches since 1990, and their win percentage is also above .500 in that timeframe. Nagy is coming up on the magical year four mark. Will he survive past then or will the franchise look elsewhere after this season is all said and done? With the addition of Justin Fields, we hope the team finds some success past the Wild Card and he stays. Plus, according to the data, it wouldn’t be the worst thing in the world to have a coach with a longer tenure.

To read up on the full research and findings, read the Managerial Reign in Sports by SportsBettingDime. SportsBettingDime is a platform that makes sports betting more accessible for the everyday fan, and more profitable for seasoned bettors.