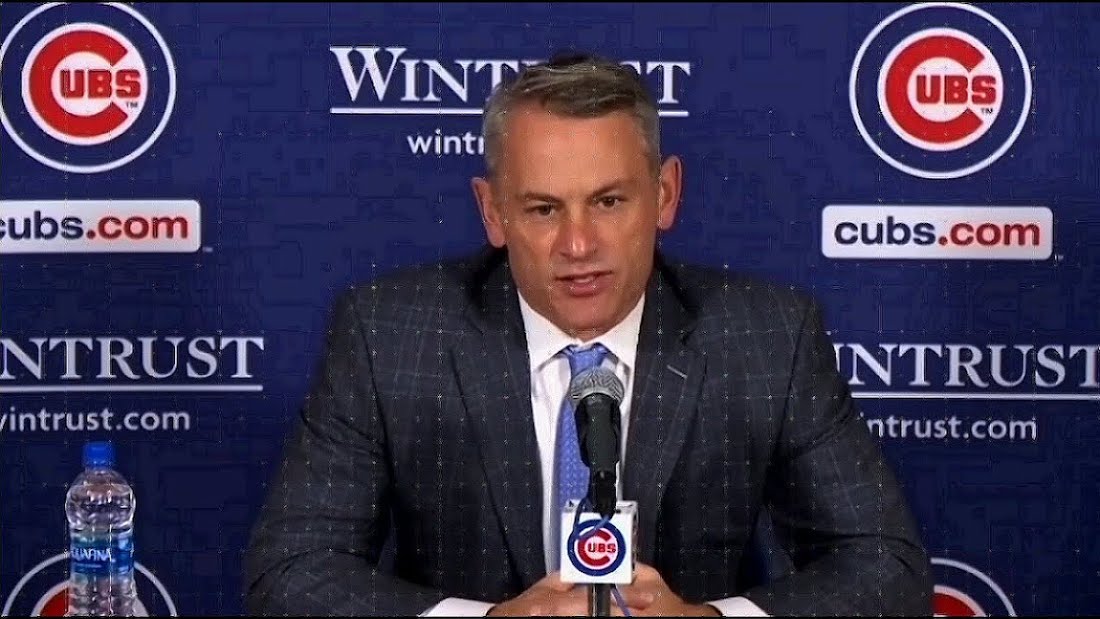 How Can We Fix the Chicago Cubs?

A whimper. That’s how the Chicago Cubs dynasty or near dynasty of the 2010’s ended. The trading of franchise icons Anthony Rizzo, Kris Bryant, Javier Baez and closer Craig Kimbrel signaled the end of one of the most dominant runs in recent memory. A run that included 505 wins from 2015 to 2020, 5 playoff berths, 3 division titles and 1 World Series victory in 2016. If you have been paying attention to the news about the Cubs, the fans are about to enter a dark time, possibly darker than the years prior to 2015 but there’s a way forward and it requires us to be brutally honest at all aspects of the team; the ownership, the front office, the players and the fans.

Since the Ricketts family purchased the team in 2009, they have been committed to not only rebuilding the team but rebuilding Wrigley Field and the surrounding neighborhood. The field additions came first with a new video board for games and more prominent sponsorship signs as well as a completely revamped clubhouse that makes my apartment look like a broom closet. Wrigleyville also got a major facelift as well with the addition of a merchandise store, corporate team offices, a luxury hotel across the street from the ball park and recently, plans for a sports book were approved to be built adjacent to Wrigley Field.

While these additions have been much needed for a long time, it has also directed capital away from the team and really prohibited the team from signing long term contracts for their beloved players. It’s not a coincidence that everyone traded at the July 31st deadline was a pending free agent. Contract talks for Rizzo stalled out before spring training, Kris Bryant seemed to be an annual victim of arbitration meetings, Baez was going to command a $200 million contract and Kimbrel was likely going to walk anyway after finally figuring out his command into an All Star season for 2021.

Realistically though, given how MLB contracts have ballooned over the past 20 years, did we all really expect the Cubs to be able to resign all of their big contributors? Rizzo was going to be 33 years old next season and coming to the end of a 7 year deal, Bryant possibly could’ve been signed but his demands might have been too much for the team to acquiesce to considering he managed to command a high salary in arbitration and Baez might have happened but he’s also frustratingly inconsistent. His defense has always been spectacular but he never met a fastball that he didn’t want to hit.

Let’s get this out of the way first, Heyward was and is not worth the $184 million contract he signed in December 2015. Heyward has always been a great defensive player but he’s only been to one All Star game in 2010 and has won 2 Gold Glove awards during his time with the Cubs. He’s never been known as a power hitter and he did hit a career high of 27 home runs in 2012, his high with the Cubs has been 21 and has never managed to hit above .300 in any of his seasons in a Cubs uniform.

It’s easy to be sentimental about a player who supposedly fired up the team ahead of the 10th inning in the World Series but the time for sentimentality is over and look at him realistically. During that great 2016 season, he only hit .260 and grounded into more double plays than he hit home runs. The problem is his age and his contract; he’s owed $22 million in 2022 and will be 33 next season so it’s unlikely the team will receive a top prospect but they need pitching help and need to get younger as a team. The team will also need to eat a big chunk of his contract similar to what happened with Milton Bradley and Carlos Zambrano.

This may seem like an overreaction but it’s not. The salad days of the 2016 season are far away and Ross is a constant reminder of the fun times that happened during his two seasons as Jon Lester’s personal catcher. He’s also an awful reminder of the front office screwed up Joe Maddon’s exit. His inexperience managing games really comes through at times and he’s simply too close to the players to properly manage them. He’s also presided over 2 separate losings streaks of 11 and 12 games during the 2021 season and seems to only resort to using position players to pitch because he doesn’t know how to manage a bullpen.

Another overreaction? Possibly but Cubs fans also need to recognize that Theo Epstein isn’t coming back so we can’t pin our hopes on any sort of phoenix allegory but in one season following Epstein’s departure, every franchise icon was traded and the team currently sits at fourth in the NL Central standings (as of August 19, 2021) and has overseen the collapse of a once promising team. Inability to sign plays to long-term deals, the near constant salary arbitration hearings and misfiring on scouting and developing top level pitching talent have all been hallmarks of the Theo & Jed Era of the front office.

I know this is going to be like nails on a chalkboard for fans given all of the other trades that occurred but this is one or two trades that should happen at the end of the season. While painful, these moves would be absolutely necessary for the team to improve in the future. Hendricks will be 32 at the start of next season but he’s going to accidentally win 20 games in 2021 simply because he has great control and is probably the only rotation pitcher that gets run support. I’ve personally watched Hendricks pitch several times and he’s going to have a long career because of his control but the Cubs would be wise to entertain trade propositions for him.

Contreras on the other hand has been something of an enigma during his tenure with the team. He was a key contributor to the 2016 team, has been a two time All Star but has never put up stats similar to other slugging catchers like Buster Posey or JT Realmuto. His defense consistently ranks near the top for other catchers but is also injury prone and often disappears for long stretches of time. One or both of these trades need to happen after the conclusion of the season in order to get back a haul of prospects. Trading away beloved players is always painful but sometimes it needs to happen in order to improve for the future.

The Fans need to be Patient

“Trust the Process”. Three words that only 76er’s fans should be familiar with but the Cubs are due to enter a dark time for the franchise. Look at the seasons between 2010 and 2014; they had lost 464 games and their All Stars were players like Marlon Byrd, Starlin Castro and Bryan LaHair. They emerged from that dark time to be one of the best contenders in the National League with franchise icons and heart pumping moments. The team will get back to prominence again but it’s going to take time, savvy trades and patience in order to get there.