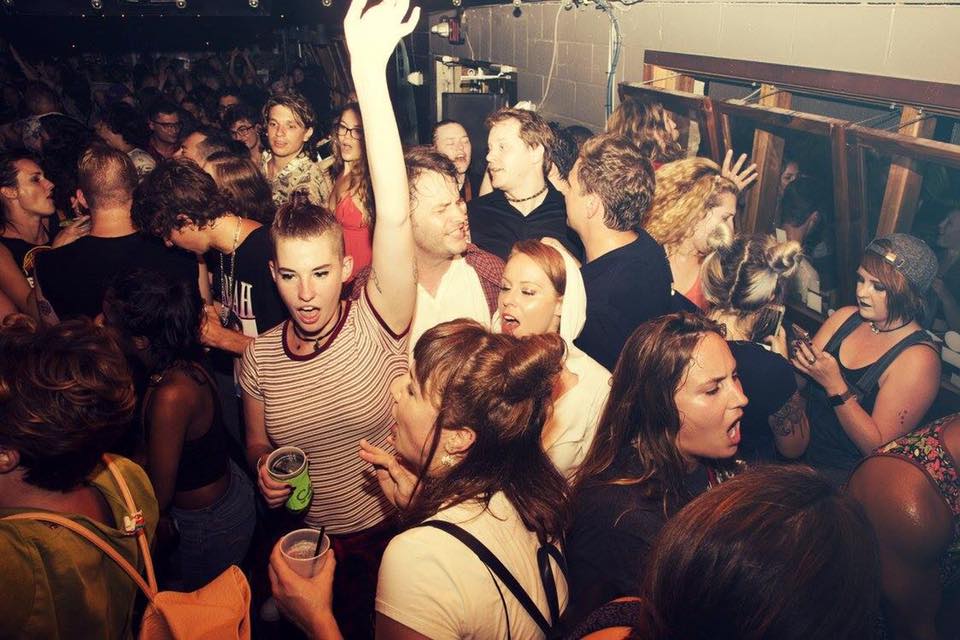 When you ask someone where the gay neighborhoods are in Austin, you’ll get a response that goes something like, “No need—all of Austin is gay-friendly.” And they’re not far off. Technically, 4th Street is where Austin gays gather the most, but East Austin is the unofficial gayborhood. Regardless of where you live, though, Austin is a great place for the LBGTQ+ community, as the city has its very own Pride parade, gay-led organizations, and plenty of gay and lesbian bars. You’re bound to have a great time any time you visit these gay bars and clubs in Austin, TX.

We’ve said it before, we’ll say it again: in every big city in America, there’s a gay bar named Charlie’s. It’s killing us that this favorite is temporarily closed, but fingers crossed it’s only for a while. This nightclub has an outdoor patio with rotating live music, making it a great spot to socialize and enjoy the weather.

A modern gay bar in Austin with a killer ’70s vibe, Sellers Underground is a subterranean nightclub with a dance floor and rotating drag queen shows. Though currently temporarily closed, we eagerly await its reopening.

Located right next to Sellers on Austin’s unofficial gay street, Rain takes on a more upscale approach to the gay club scene. Enjoy drag shows under a disco ball and maybe make eye contact with that cutie across the bar.

Love a good neon sign? Oilcan Harry’s has a big ol’ burly man lighting up the front door. As soon as you walk in, you’ll be greeted to a wide-open space with a dance floor and a drag queen or two.

Austin’s primary lesbian bar is temporarily closed, but we’re confident they’ll make a comeback. That big red barn with a crown painted on its side is too iconic not to draw us in.

Who's ready for a party!!! Come play with us in Austin's Hottest and Largest LGBT nightclub! 3 levels, 2 DJ's spinning and the Boys of ATX all for your enjoyment! No Cover and always 21+ #weownthenight #highlandaustin #HOTinHIGHLAND #saturdayBPM #lgbtqia #lgbt #wearefamily