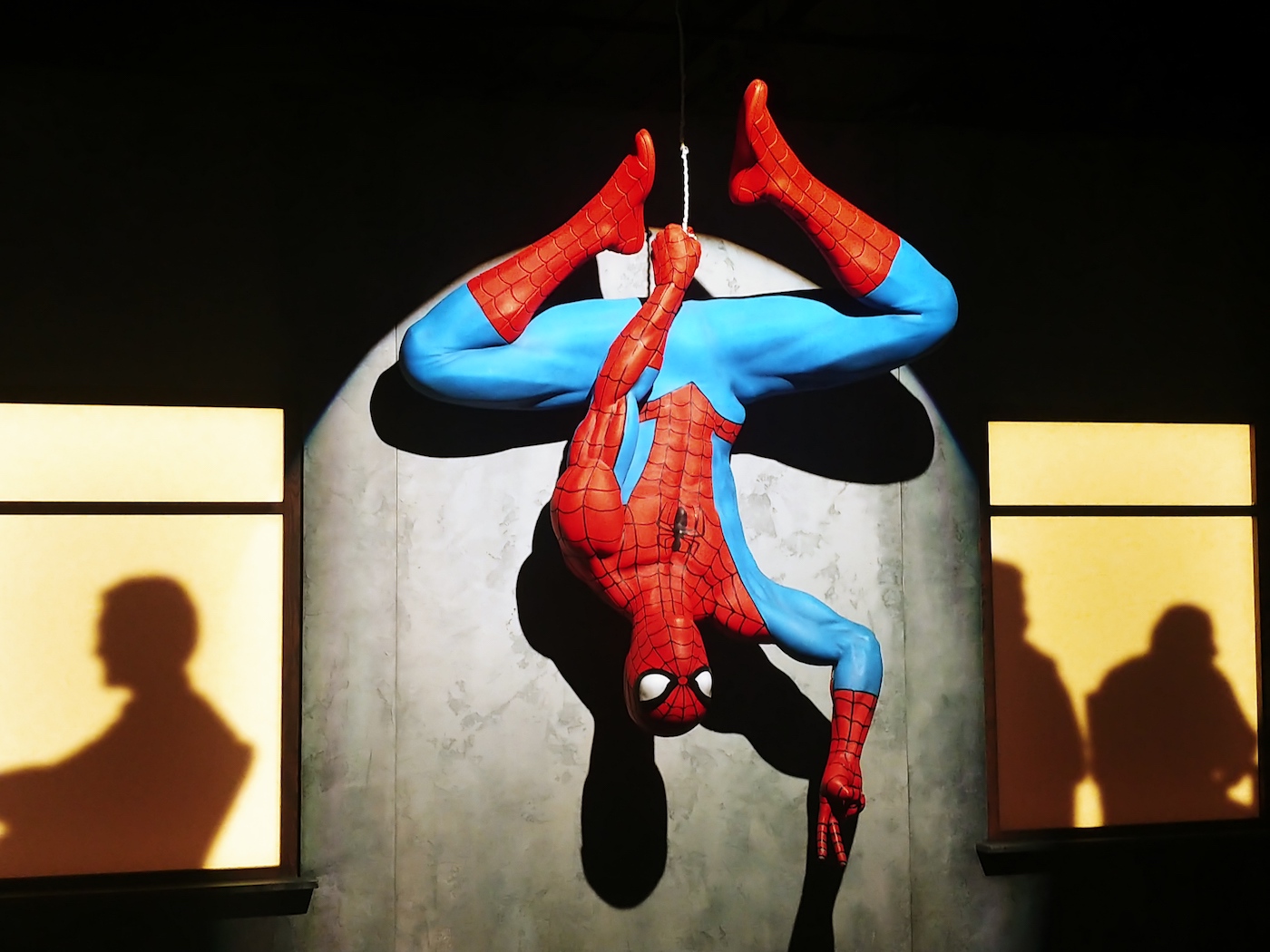 Immersive Marvel Exhibit Opens at the Museum of Science & Industry

If you’ve lived in Chicago long enough, there are decent odds that you’ve visited one, or all, of the famous museums located in the city. A field trip to the Art Institute to see the Van Gogh Experience, the Adler Planetarium to take in a show about the solar system or even the Field Museum to see Sue the T-Rex or any of the animals on display. The overlooked gem of all of these museums has to be the Museum of Science and Industry and its newest exhibit of the history of Marvel comics and films is guaranteed to draw visitors.

By my own admission, I hadn’t been to the Field Museum for a long time. The exact year escapes me but let’s just say it was when the U-505 was still outside of the building. Speaking of, the indoor exhibit for the famed submarine is reminiscent of the submarine pen from Raiders of the Lost Ark. The German U-Boat is awe inspiring to look at and seems to surprise visitors as it almost pops around the corner and the artifacts and information boards are spectacular. Tours are still being offered on a scheduled basis and it’s best to book these tickets ahead of time. 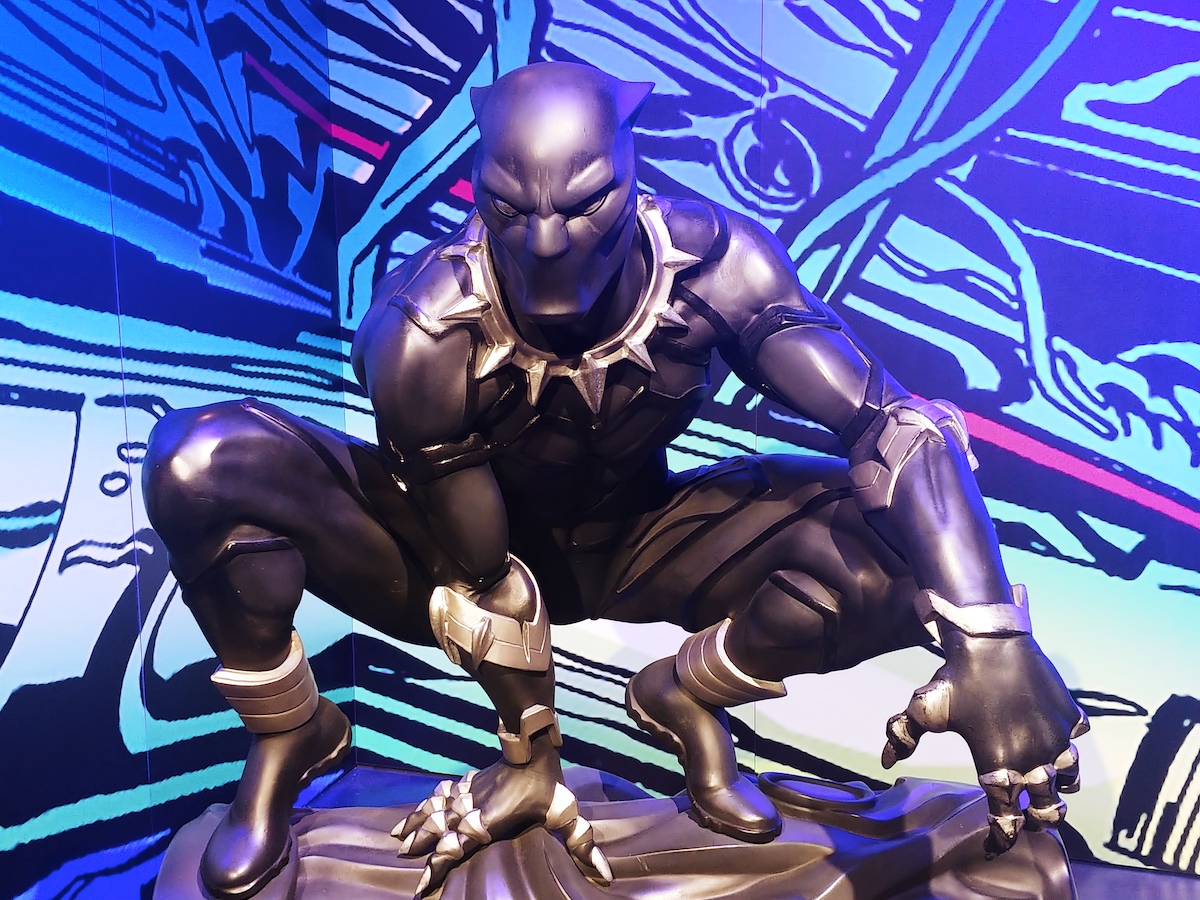 However, the main reason for my visit to the Museum of Science and Industry was to explore the new Marvel Universe exhibit. This exhibit in Chicago features artifacts, original panels, costumes from the films and photo opportunities that are sure to excite the kid in everyone. I had booked my ticket with a friend of mine several months ago and we intentionally purchased tickets for a weekday in order to limit crowds and ensure our spot. While there were some crowds during my visit, it wasn’t enough to dampen my time among the exhibit.

As you enter the exhibit, you’re treated to a brief history of comics and how Marvel didn’t initially start as the media juggernaut we know it to be today. It wasn’t until World War II and the introduction of Captain America that Marvel comics really took off and how it had to contend with the Comic Codes to combat the rise in other pulp genres like horror and crime. Following this section of the beginning history of Marvel, we then see the portion of the Marvel exhibit that’s dedicated to Stan Lee and Jack Kirby as they would go on to create the most iconic superheroes in history including the Fantastic Four, Black Panther, Spider-Man, Iron Man, Ant-Man, The Punisher, Hulk and Thor.

While the history of these characters is briefly explored through the use of interactive video monitors and information panels, several statues are available at the Museum of Science and Industry in case you want a photo opportunity with The Thing, Black Panther, Ms. Marvel, Spider-Man or even several of the Iron Man suits from the Marvel Cinematic Universe. 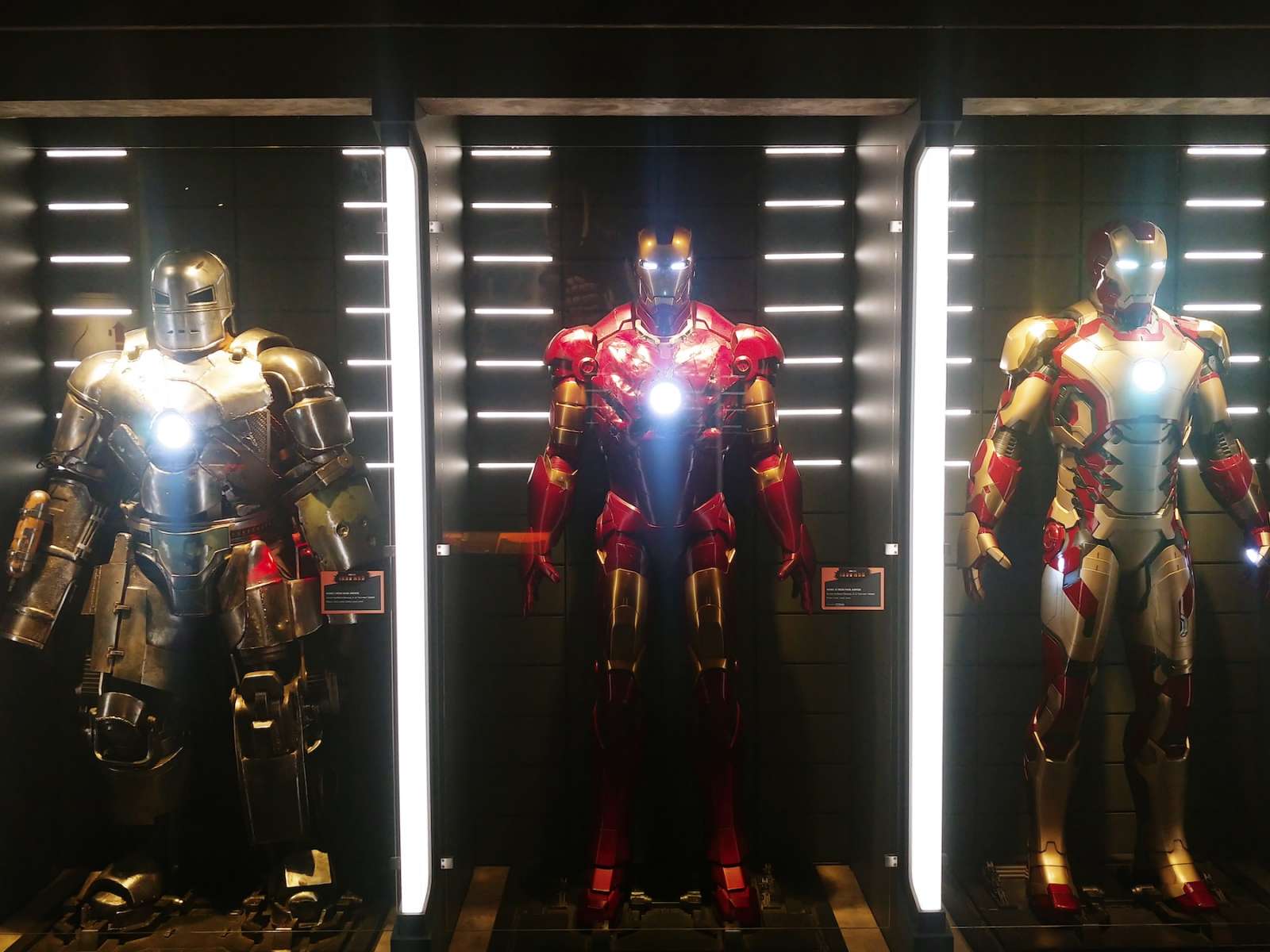 The Marvel exhibit does an amazing job of blending together the lore of the comics with the mass appeal of the films as it proudly displays props and costumes from the films as well as concept art and an explanation of how certain characters would cross over and create new storylines. The overall exhibit in Chicago is divided into two sections; one with the history and major heroes and the second with some of the other heroes like Daredevil, Jessica Jones, The Guardians of the Galaxy, Captain Marvel and Luke Cage. Not much is devoted to the villains of Marvel with the exception being Thanos and several of the other alien species that are adversaries to the main crop of heroes.

If the Marvel exhibit is lacking in anything, it’s detail in regards to several heroes like The Punisher or Ant-Man and the X-Men section left something to be desired as that section seemed to favor Daredevil and Frank Miller’s contribution to that hero’s storyline. It’s unclear exactly when the exhibit was designed but there’s no mention of the upcoming slate of Marvel films including Shang Chi, Blade or The Eternals. There are only several small information panels regarding the heroes. If you or anyone in your life is a Marvel fan and judging by the box office numbers that’s likely, do yourself a favor and check out the Marvel Universe exhibit as it is running at the Museum of Science and Industry until October 24th but tickets are going fast so get your spot while it is still available. While you attend the Marvel exhibit, be sure to check the other exhibits such as the U-505, the Space Center and the IMAX Theater which is currently showing a Michael Jordan film.

Our 4 Favorite Games From The Bears-Packers Rivalry