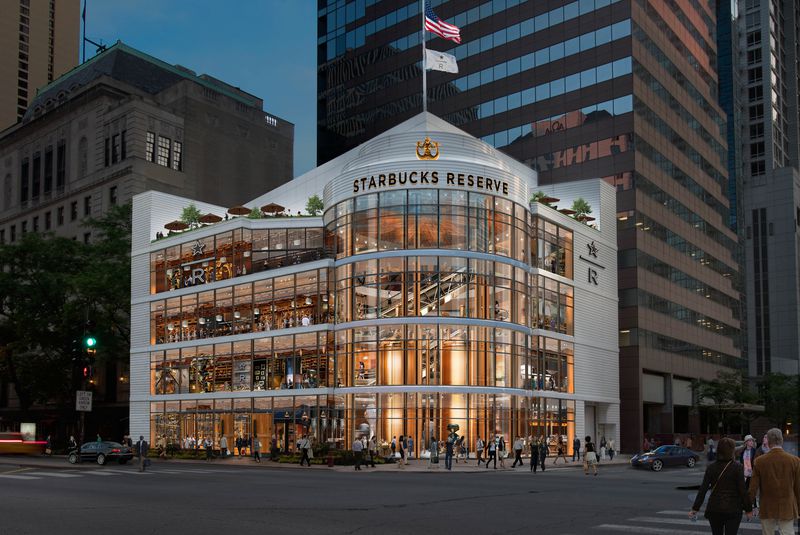 Move over, Crate & Barrel. There’s a new sheriff in town and it has nothing to do with home decor. The world’s largest Starbucks will open in Chicago this November on the Magnificent Mile. The Starbucks Reserve Roastery will be located at 646 North Michigan Avenue.

The Starbucks Reserve in Chicago will be located at the former site of Crate & Barrel’s flagship store on the Magnificent Mile, which will make Chicago the home of the largest Starbucks store in the world.

The 43,000-square-foot Starbucks on Michigan Avenue in Chicago will maintain its four-story elevation and open up jobs for over 200 people. The point of the Roastery is to roast Starbucks’s rare Reserve beans on site, which will make way for interactive tours and exclusive drinks that are supposedly inspired by Chicago traditions and culture. You’ll also be able to enjoy pizza, pastries, and breads from the newest Starbuck’s Italian cafe, Princi, which debuted its first Chicago location in the West Loop last year.

The Starbucks reserve in Chicago will offer craft cocktails made with care by Chicago’s greatest mixologists, including our heroine Julia Momose of Kumiko and Oriole. The whole Starbucks Roastery serves up very theatrical elements, which include its nightlife appeal.