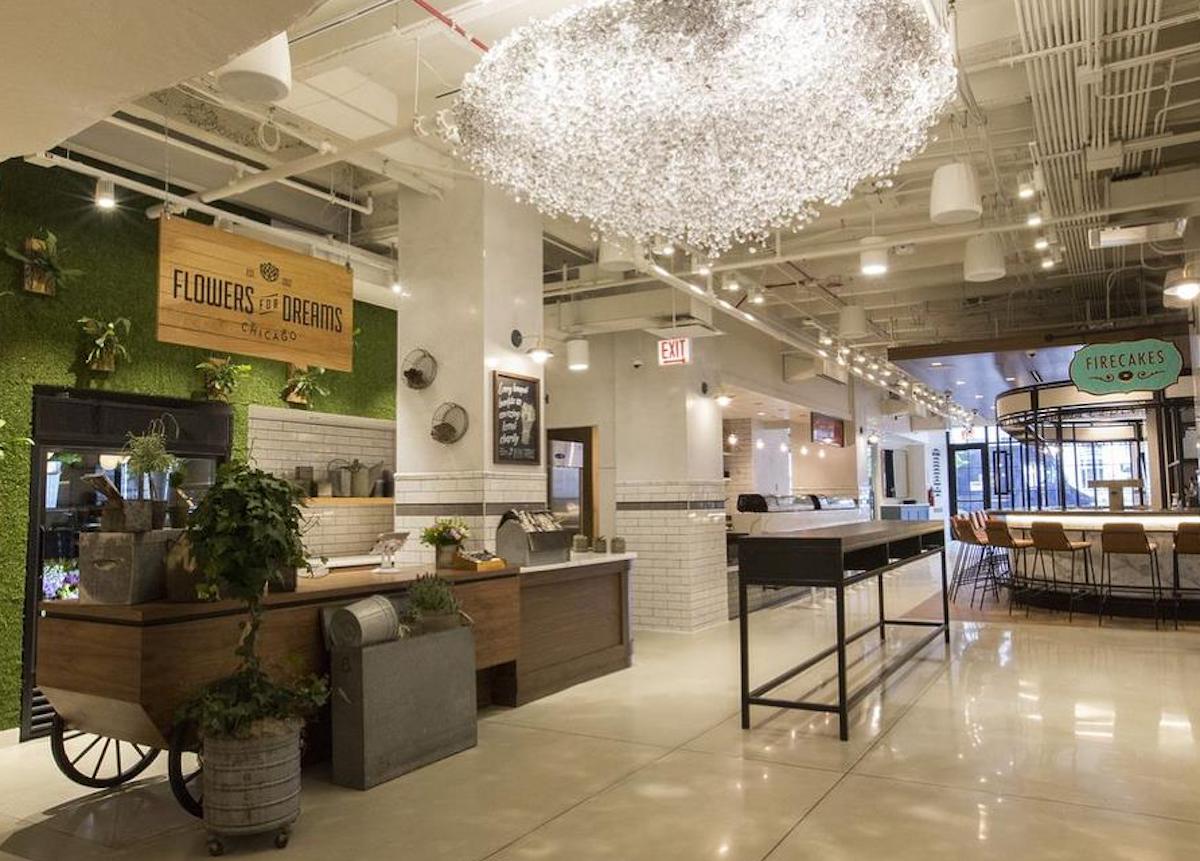 As the downtown business district remains barren, another collection of restaurants is claimed by the COVID-19 pandemic as the Wells Street Market will officially close its doors on September 18th. This comes only two months after the food hall in Chicago reopened its doors after the initial round of pandemic closures.

Nothing says Friday like fried chicken on a donut!!! @frythecoop is open for lunch every weekday from 11-3. Enjoy it on our NEW patio — with cocktails from @gcbarchicago and donuts from @firecakes too!!

The popular food hall was home to Jimmy Banos Piggie Smalls, Food Network Star Jeff Mauro’s sandwich oasis Pork & Mindy’s, Tempesta Market, Fry the Coop, the donut dons at Firecakes, and Grand Central Bar; among other things. The Wells Street Market became a mainstay lunch destination for workers in the Loop prior to the pandemic because of it’s trendy atmosphere and variety of delicious options. On September 18th, the food hall will officially close its doors to the public for good.

Or so they say. The owners behind Wells Street Market isn’t so quick to speak in absolutes quite yet. When speaking about the news they hinted at a possible return sometime in the distant future citing, “…when life goes back to some sense of normalcy [they may reopen again]…”

It’s the perfect day for a gelato ice cream sandwich!! Order from @firecakes’ walk-up window and enjoy it on our patio! 💙

Wells Street Market closing its doors in the first place is extremely unfortunate. When the Chicago food hall reopened in July, it returned with a limited lineup of vendors — namely Firecakes, Fry the Coop, and the bar. Its choice to return with brands with multiple establishments already in the city was coordinated in hopes that it would attract the few people who were still working downtown. News soon followed that Jimmy Bannos’ famous Piggie Smalls, as well as, Tempesta Market would be making its return to the Wells Street Market in the second phase of vendor reintroduction.

However, as the food hall closes down it poses the larger question of how communal dining establishments can survive longterm so long as health experts combat indoor dining. TimeOut Market reopened in August and has seen steady patronage but they have the luxury of expanded outdoor dining into Fulton Market Street. As the city’s guidelines change with the weather, the desolation of large scale food dining halls may become even more extreme.

Looking for a communal dining experience before the weather gets cold? Check out our info on the TimeOut Market reopening

As the Wells Street Market prepares to shut its doors for good, they are offering a slew of deals as sort of a close-out sale for its patrons. Until Friday, Grand Central Bar will be open from noon to 7 PM and will offer all-day drink specials and closeout deals on all unopened bottles of alcohol. On Friday, from 11 AM to 3 PM, Fry the Coop will treat all patrons to a free meal of one of their signature Nashville hot chicken sandwiches, fries, and a drink.

Wells Street Market follows Fulton Galley and Luttuce Entertain You’s Foodlife as similar closures of the past year. You can visit Wells Street Market from now until Friday at 205 W Wacker Drive #100 to support these local vendors as they prepare to shut doors on a downtown staple.