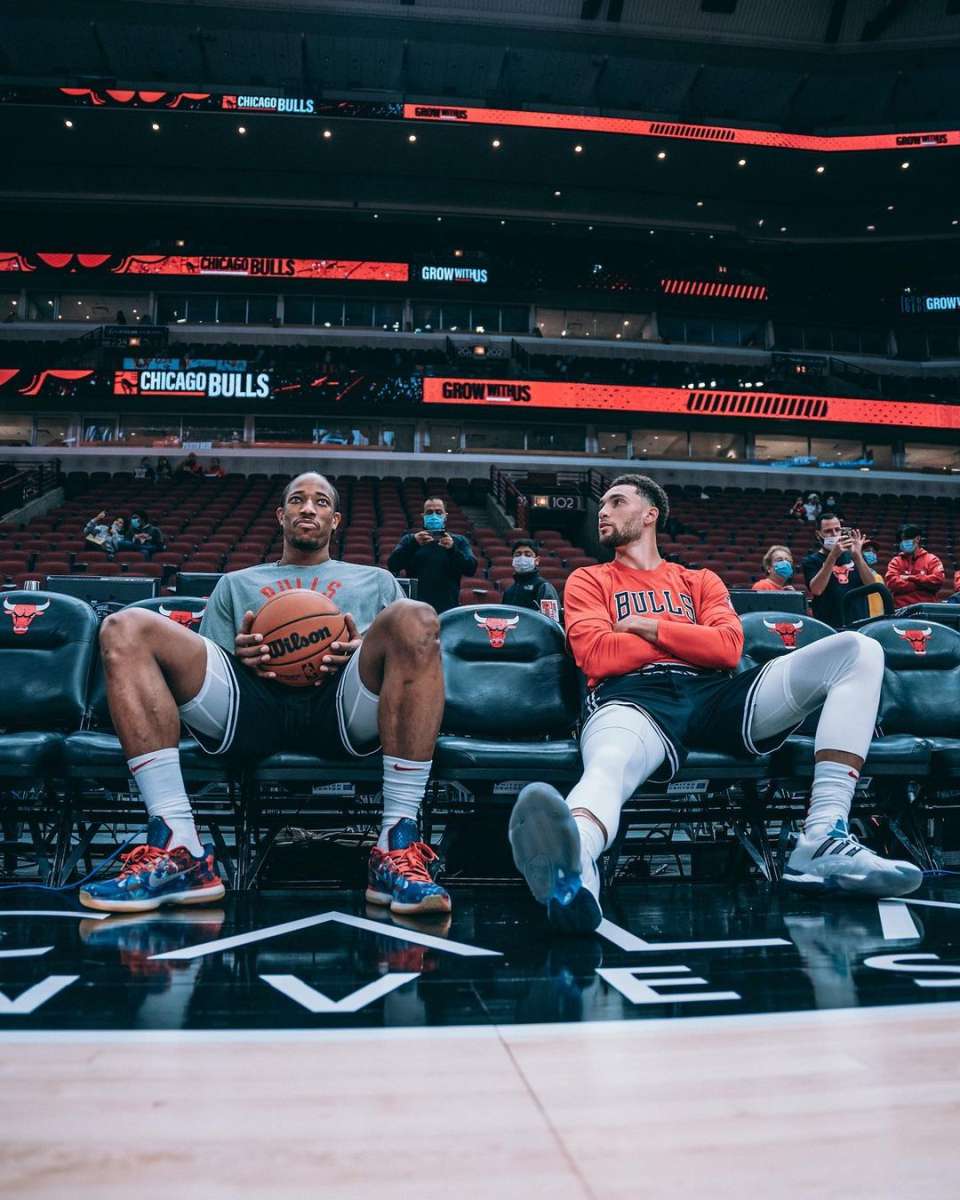 Last week we kicked off the return of the NHL with our preview of the Blackhawks preseason. But this week, we’re tearing up the ice rink at the United Center and lowering the basketball hoops. Because, Chicago basketball fans, the NBA is back! And with the return of the league comes one special thing: the start of the 2021 Chicago Bulls preseason.

Now, before we get started talking about the 2021 Chicago Bulls preseason and what to expect when the regular season starts, we’ll just say one thing. The outlook for this newly constructed team is quite promising. How promising exactly? Well, we probably say this every year, but making the playoffs should be the first of this teams’ goals. They just missed out last year after they failed to get it together post-All Star break. But it’s a new year, a chance to prove the doubters wrong. And it all starts with the 2021 Chicago Bulls preseason.

Who’s New To The Bulls Roster?

It’s likely that you have many questions about the Bulls in 2021. Like how well can this new roster perform? What does the 2021 Chicago Bulls preseason schedule look like? And heck, who even are these new guys? Well, lucky for you, we’re here to answer all of those questions, and we’ll start with the players.

All in all, there are eight new players on the Chicago Bulls roster in 2021. They are DeMar DeRozan, Lonzo Ball, Alex Caruso, Derrick Jones Jr., Tony Bradley, Marko Simonović, Alize Johnson, and Ayo Dosunmu. Now, many of these additions happened during the 2021 NBA free agency period. Most notably were the acquisitions of DeRozan, Ball, and Caruso, who are all poised to make an immediate impact for the Bulls. Derrick Jones Jr. is another interesting guy who has the ability to get the offense moving quickly, something the Bulls struggled with in the 2nd half of last season. He can also put up plenty of effort on the defensive end, and will slot in as a reserve behind LaVine and DeRozan.

Ayo Dosunmu, one of the Bulls two rookies along with Simonvić, is another exciting piece to keep your eye on in the 2021 Chicago Bulls preseason and beyond. Dosunmu, the UIUC alumni, has earned plenty of praise during training camp this preseason. Which makes sense of course, he was an absolute beast in college. He’ll just have to prove it on the court when the games start to count as he works to climb up the depth chart for minutes.

With a total of four games on the schedule for the 2021 Chicago Bulls preseason, the regular season will be here before we know it. Last night the guys took the floor for their first game against the Cleveland Cavaliers. They won quite handily against the Cavs and Lauri Markkanen. Like seriously, don’t even get us started on how dominant LaVine looked. Their other games will be against the New Orleans Pelicans on 10/08, the Cavs again on the 10th, and the Memphis Grizzlies on 10/15. Once that’s all said and done, they’ll open their 2021 regular season on the road against the Detroit Pistons on October 20th.