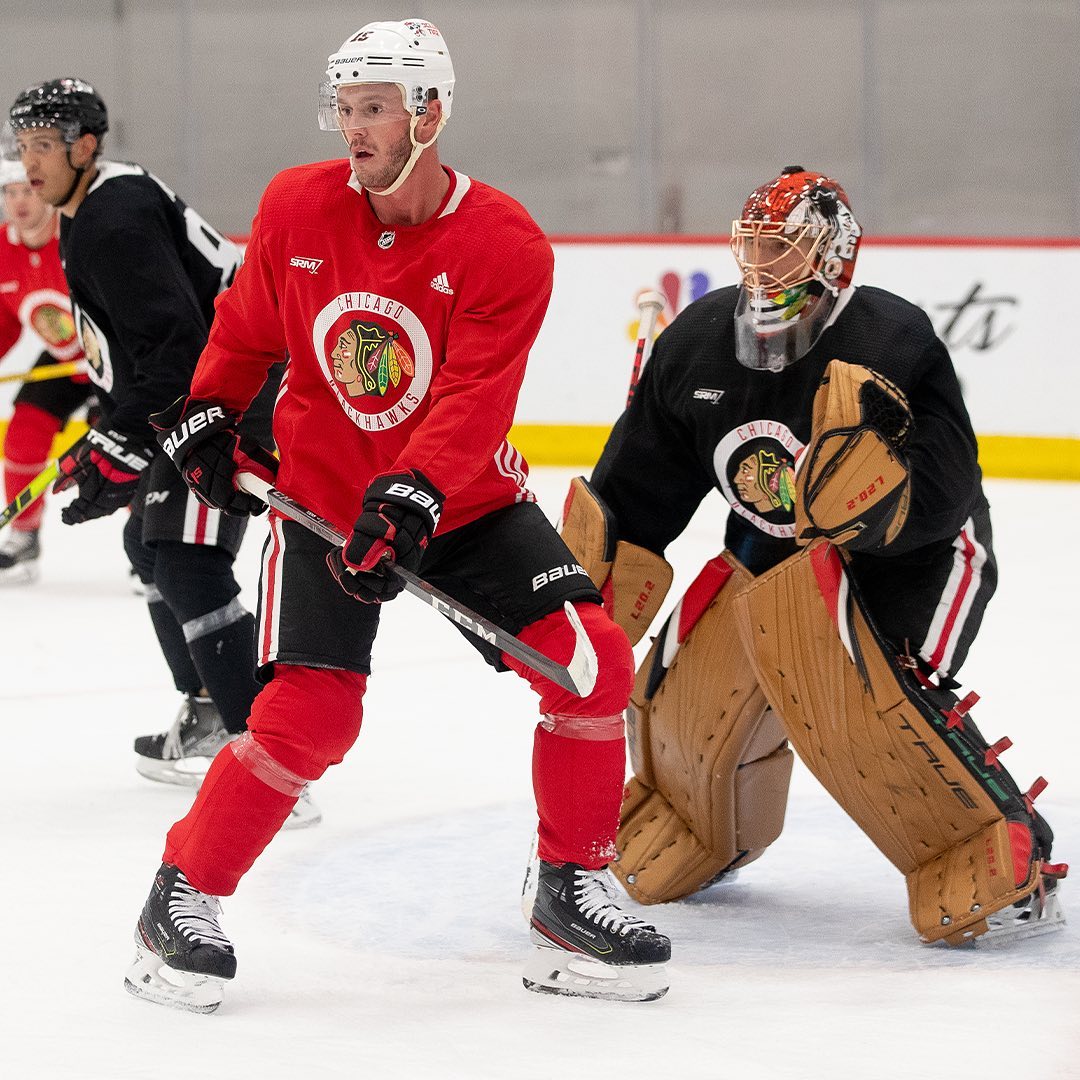 What You Need to Know About the 2021 Chicago Blackhawks Preseason

Before you know it, the NHL season will be here. But, prior to that happening, we’ll see the 2021 Chicago Blackhawks preseason! If you haven’t been paying much attention to the team since they stopped playing last year, their preseason is coming a lot sooner than you think.

In fact, it starts today.

Who Are These New Guys?

The Chicago Blackhawks certainly haven’t kept quiet before the 2021 preseason. After trading away beloved defenseman, Duncan Keith, the team was quick to recognize it’s apparent need on defense. Who would fill Keith’s void? It’d be a tough job to do with just one guy. So when it came to their defense, the Chicago Blackhawks ended up acquiring three new players for 2021.

The first of these players is former Nashville Predator and recent Columbus Blue Jacket, Seth Jones. Jones, age 26, is a right-handed dynamic defender who has the perfect skillset to fit on our team. He’ll serve as one of the Chicago Blackhawks top defenders, and during his career he’s shown that he can do things offensively as well. This season, Jones will be looking to prove people wrong after having one of his worst statistical seasons in 2020.

Jake McCabe is the second defender Bowman went after for this year. McCabe is a true defender and will add depth to the roster in the 2021 Chicago Blackhawks preseason and beyond. Jake McCabe can shutdown opposing attackers whether his team is at full strength or on the penalty kill, and will be a vital piece in a postseason run.

And the last move, which was one of the team’s biggest, was the trade to acquire star goalie, Marc Andre Fleury. Fleury’s age might be getting up there at 36, but by no means has he slowed down one bit. Last season, Marc Andre Fleury won the Vezina Trophy while playing for the Las Vegas Golden Knights. The Vezina Trophy is the NHL’s annual award given to the best goalie. So yeah, we’re in good hands. Kane and Toews aren’t getting any younger, and it’s clear that the front office is loading up for 2021.

Including tonight’s game, the Blackhawks will play in six games throughout their 2021 preseason. They’ll face the Detroit Red Wings, Minnesota Wild, and St. Louis Blues two times a piece. After that, they’ll play in their season opener against the Colorado Avalanche on Wednesday, October 13. You can bet we’re excited about being two weeks away from some hockey!