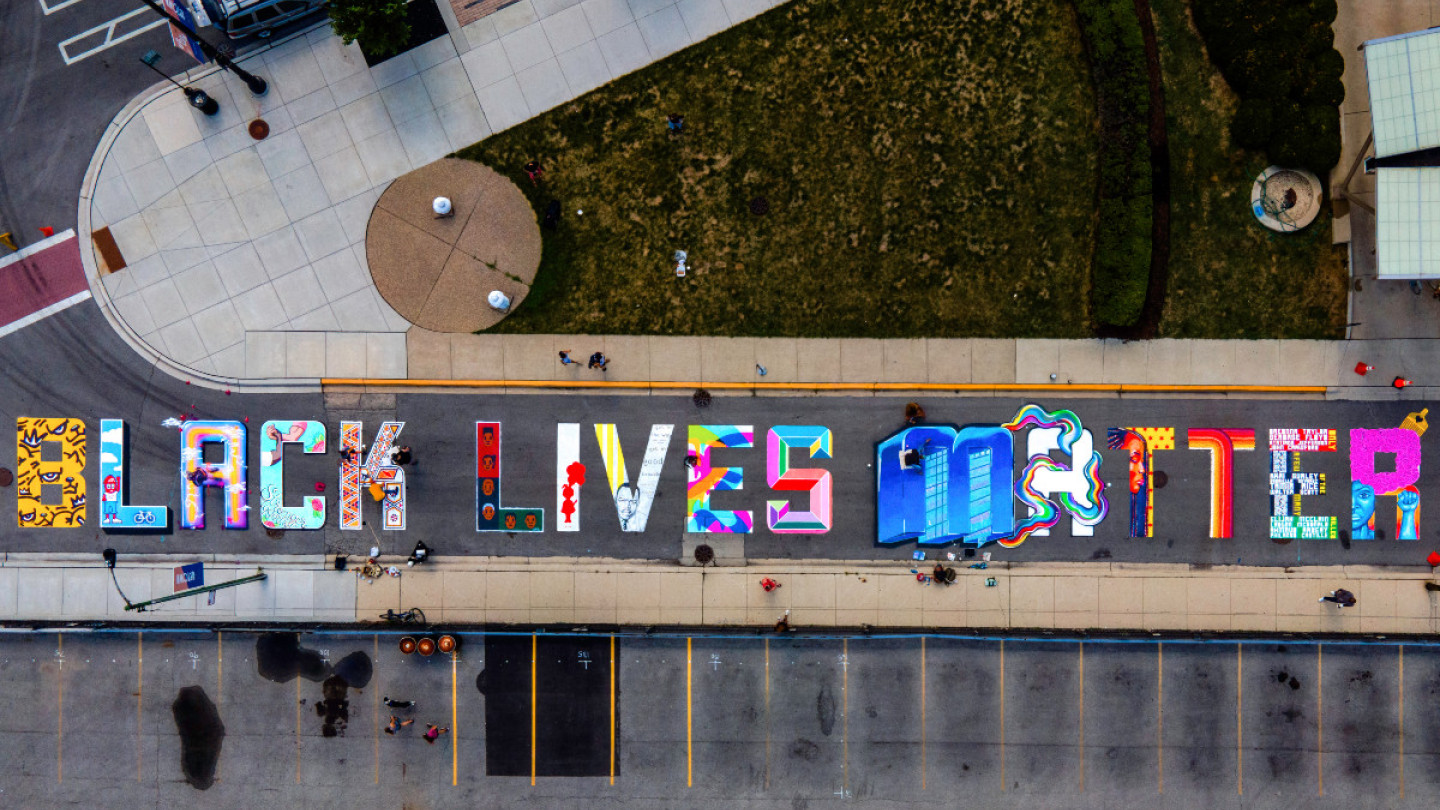 Eighteen Chicago artists worked together to create this piece of Black Lives Matter artwork, with each of the 16 letters in the slogan worked on by a different artist collective or individual artist. The initial outline of the letters was sketched by Heart & Bone, a Chicago painting duo. Once the lettering was sketched out, the other artists went to work on the blank canvas of the letters to add their own style and flair.

Though the Black Lives Matter mural in Chicago was completed during Uptown Art Weekend’s inaugural weekend, the mural itself wasn’t actually a scheduled part of the weekend. Uptown United business district manager Justin Weidl aided the artists in finding the right spot for the mural to be displayed. Kelsey McClellan, part of Heart & Bone and someone who helped push the mural project forward, noted in a Block Club Chicago interview how important it was that the Black Lives Matter mural was put in a visible place.

The Black Lives Matter artwork in Chicago was financed completely by the artists, all of whom volunteered their time to complete the mural within the weekend. On Saturday, the mural lettering was sketched, and the artists arrived later in the day to fill in the letters. By Sunday, the final touches were done. “They went for it, and we’re glad they did, because it’s beautiful. We hope it’s there as long as possible,” said Weidl.

July marked the debut of the first Black Lives Matter street mural in Chicago, this last weekend’s mural becoming the latest installation to join the support of Black Lives Matter movement street art around the country throughout the protests against systemic racism and asking for accountability from community leaders, especially police forces. The iconic slogan for the movement, “Black Lives Matter,” has also been painted with large visibility in New York City and Washington, D.C.

Looking for more ways to support the Black community? View our list of Black-owned businesses to support in the city.

“We wanted to show support for the movement, and this is the best way we know how. We’re really glad to have participated, and excited with how beautifully it turned out,” said McClellan. “All around it was a really positive experience. We’d like it to last as long as it can.”

Have you seen the Uptown Black Lives Matter mural yet? Let us know in the comments below!