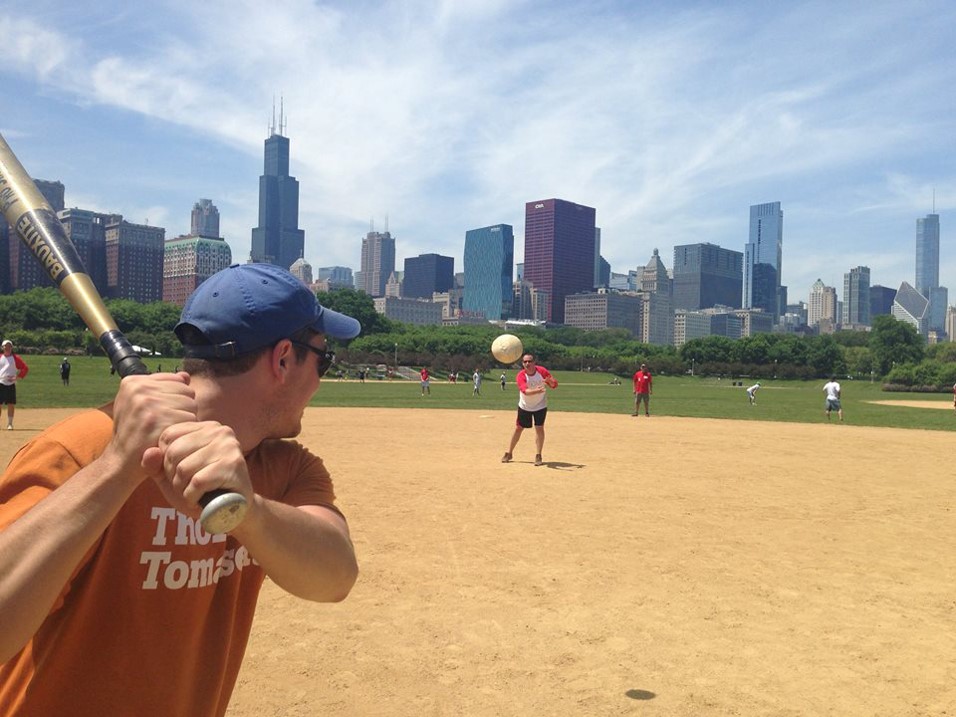 It’s no secret that sports make up a large part of Chicago culture. And we’re not just talking about our iconic professional franchises. Every summer, Chicago parks find themselves filled with residents playing a variety of different sports. There’s baseball games, tennis matches, and plenty of courts filled with basketball players across the city.

But there’s one sport, in particular, that has the spotlight, softball. The game of softball is rooted in Chicago where the first game occurred in 1867. With a variety of adult leagues and formats, like the popular 16-inch softball game, it’s not surprising to see games fill the city day and night. So, whether you’re looking to play a casual game with friends, or turn it up a notch and join a competitive softball league, we’ve got the scoop on some of the best parks in Chicago for softball.

First up is Waveland Park which is located on the north side of Chicago near another famous ballpark, Wrigley Field. At the Waveland Park softball fields, there are plenty of softball diamonds to host games. One of the perks of playing here is that the fields are maintained pretty well. Plus, if you end up needing a break from softball, the park has running and biking paths, tennis courts, and access to Lake Michigan.

Calumet Park is another great spot for some Chicago softball. Located in Chicago’s east side, the park is perfect for families with younger players as there are a lot of junior fields here. Outside of the seasonal softball leagues, Calumet Park also hosts sewing, woodshop, and dance lessons for community members!

The next park you need to check out for some Chicago softball is La Follette Park. This park finds its home in the Austin community. Outside of the softball fields, La Follette Park features basketball courts, tennis courts, and even a fieldhouse with an indoor pool.

Looking to grab a slice before the game? View our list of the top 50 pizza restaurants in the city.

The final destination on this list is the premier park in Chicago for softball. Grant Park is located in the Loop and has held softball games for more than eight decades! Plenty of 16-inch softball tournaments and leagues have called Grant Park home over the years. The park is also home to Cloud Gate, the Maggie Daley Park, and the Art Institute of Chicago.