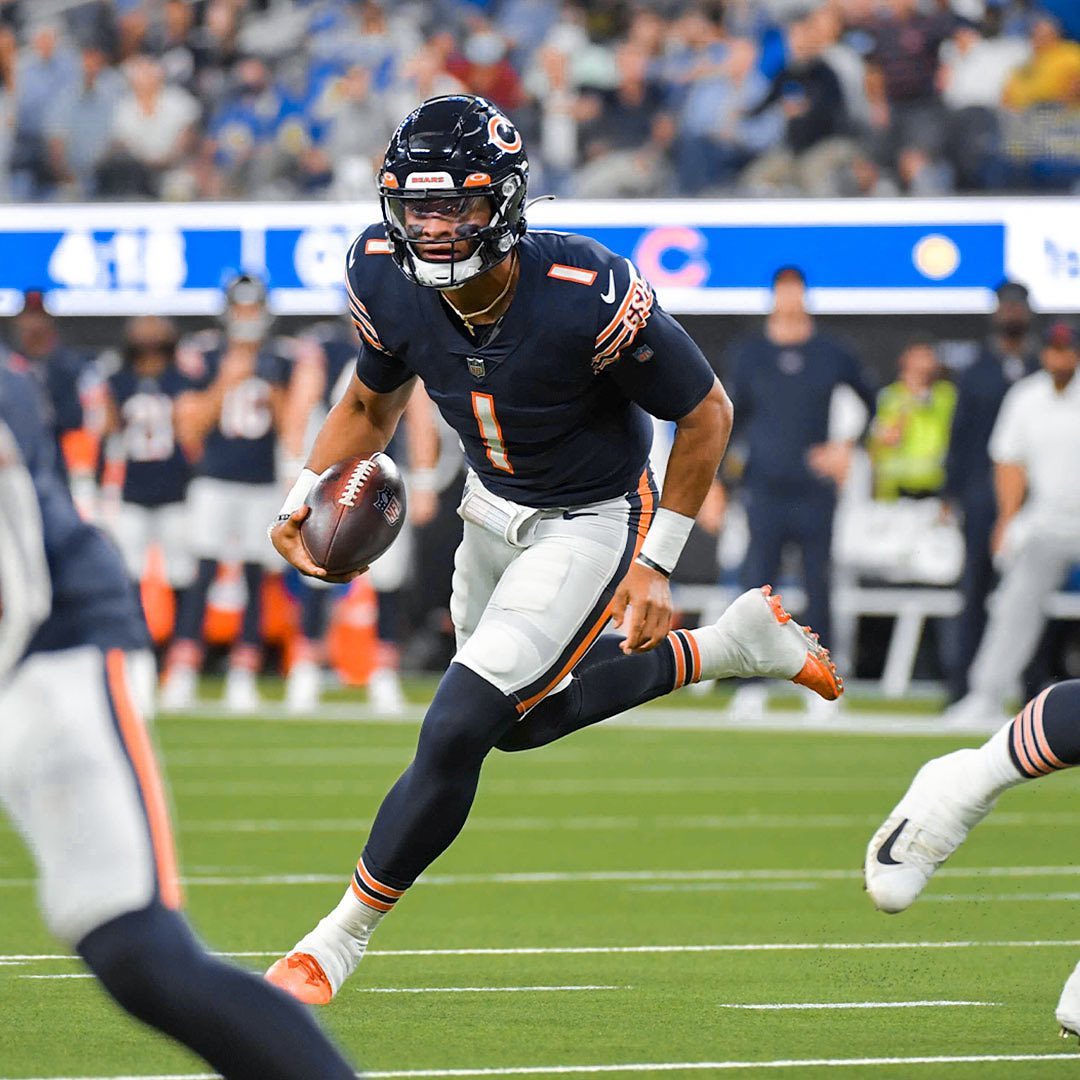 Welp. The Chicago Bears week 1 game is in the books. It wasn’t exactly how we predicted this team would start their season. But, on the bright side, the LA Rams are one of the top teams in the league. So maybe we don’t have to push the panic button quite yet?

There are some concerns however. The defense is the biggest one. We’re clearly not living in 2018 anymore. Offensive output for guys not named David Montgomery is another concern. And, of course, the Chicago Bears quarterback question marks that never seem to go away. Before we can focus on the next game, let’s break down some of the good and the bad from the Chicago Bears week 1 loss in Sunday Night Football.

Does most of the responsibility for this loss fall on the shoulders of Chicago’s defense? Absolutely it does. Does it fall on every single member of the defense though? No chance. If you want to single out one group in particular, you should point the finger at the secondary. Jaylon Johnson, a second-year cornerback out of Utah, didn’t give up many receptions with two. But they were good for 80 yards and a touchdown. He managed to establish a physical presence which is a play style we’d love to see him continue with. The rest of the guys didn’t do much either. Marqui Christian gave up 5 out of 6 balls thrown his way for 85 yards and two scores. And the biggest blunder of the night came from veteran Eddie Jackson who failed to touch Ram’s receiver Van Jefferson after he hauled in a big catch and landed on the ground. All Jefferson had to do was walk into the endzone after no one touched him. Needless to say, we aren’t too surprised that the Chicago Bears week 1 struggles on defense are forcing them to work out some defensive backs this week

How Did The Offense Fare?

A lot better, although that’s not really saying much. Justin Fields saw the field! Five plays to be exact with his first one being a 9-yard completion in the Red Zone. The play didn’t lead to a score, unfortunately. But, he did contribute to the box score with his legs on a three yard run. David Montgomery, one of the more competent players on offense Sunday night, also had a rushing touchdown to go along with 108 yards on 16 carries. Passing for the Chicago Bears week 1 matchup went about as you would expect. No pass-catcher eclipsed 50 yards, and there were no receiving TDs. The Justin Fields era can’t start any sooner.

The Chicago Bears will take their 0-1 record home with them as they prepare to face Joe Burrow and the rest of the Cincinnati Bengals in week two. Can we pray for a battle of the young quarterbacks? No? Not until week 4? Got it.

The Bears can only get better at this point. You can be a part of the action with BetRivers in Illinois, or bet on NFL games in various states. That includes Colorado sports betting, as well as betting in Iowa, Indiana and other states where BetRivers operates.