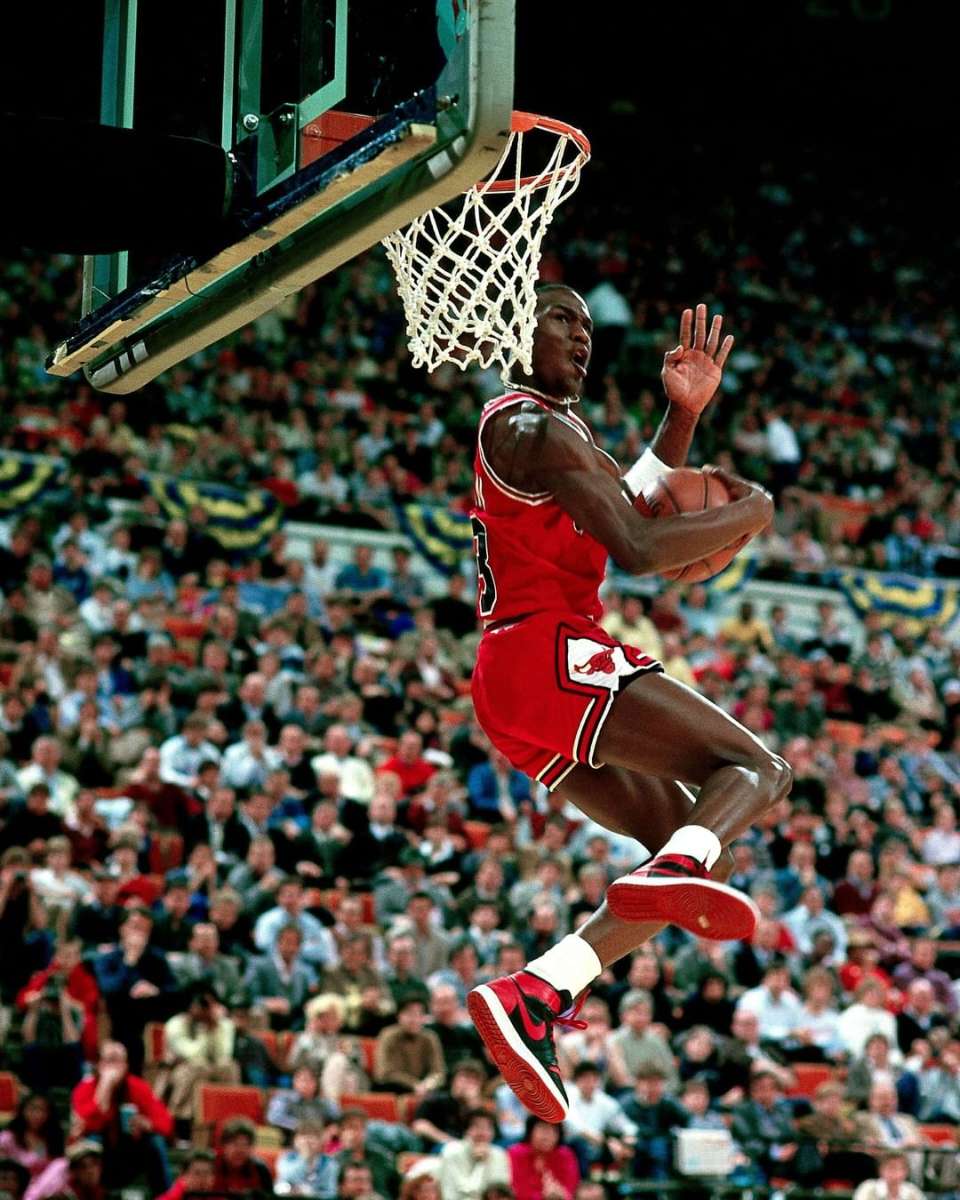 The NBA Finals is well underway this year with a soon-to-be classic series between the Golden State Warriors and Boston Celtics. Through two games, the series is tied at 1-1 as the teams head out east to the TD Garden. All the action in games one and two has made the series a must-watch. And honestly, minus the Nets and Boston series, this entire NBA playoffs has been about the same. But, despite not having a dog in the fight anymore, all this basketball excitement has us reminiscing about our favorite moments from the Chicago Bulls championships of years’ past.

With the G.O.A.T. Michael Jordan, Scottie Pippen, Horace Grant, Dennis Rodman, Steve Kerr, and all the other big-time supporting cast members on those 90s, there are plenty of top-tier highlights to look back on. So, without wasting anymore time, let’s get into our favorite games and moments from the Chicago Bulls championships.

You really don’t need too many words to describe this iconic moment from the second of the Chicago Bulls championships. Whether you witnessed it live 30 years ago, watched it in a re-run, or saw it in the Last Dance documentary, chances are you won’t ever forget, “The Shrug”.

After hearing all the media noise and comparisons to Clyde Drexler, Michael Jordan had something to prove in game one of the 1992 NBA Finals. Unfortunately for the Trailblazers, this meant that Jordan – a 27% three-point shooter that season – would set a NBA Finals record for threes made in one half with six. By the time the sixth one dropped, Jordan could only react one way. And thus, the shrug was born.

The moment that started it all, the first chip. The first of the Chicago Bulls championships came in 1991 when the good guys beat the purple and gold in five games.

After losing game one, the Bulls would go on to sweep Magic Johnson’s Lakers and solidify beginning of their dynasty. While everyone in Chicago had reason to celebrate, no one could’ve been happier than Michael Jordan. It was pretty evident after the game, and everyone has seen that classic photo of him holding the Larry O’Brien trophy with his dad James embracing him. It was quite the championship moment, because after 7 season, Jordan finally got his.

In the spirit of firsts, this next moment is another one that’s near and dear to our hearts. The cool part about this one? It didn’t solely involve the G.O.A.T.

With 14.1 seconds remaining in game 6 of the 1993 NBA Finals, the Bulls headed into a timeout down 2 against the Suns. They had a bit of a safety net with a 3-2 series lead, but no on wanted this one to go to seven.

The Bulls had possession, and Jordan was set to make the inbound pass. He quickly dished it out and received it right back in his hands. After a couple passes, the ball was in the paint. 7 seconds left on the clock.

Practically every Suns defender was around the basket. And only four Bulls players were anywhere near them, which meant one thing: some guy was wide open. That guy, just so happened to be Bulls’ sharpshooter John Paxson. At the 5.3 second mark, the ball left Paxson’s hands. SPLASH!

3.9 seconds of playing time later, the Bulls would win their first 3-peat.

“The Last Shot”. A blown call. A light push-off. Whatever you want to call it, the last shot Michael Jordan took is one of our all time favorite moments from the six Chicago Bulls championships.

It meant a lot more than two points in the box score. Obviously, it was the most important two points of the series. It was the dagger that gave the Bulls their sixth ring of the decade. But, it also served as the symbolic dagger to the Bulls dynasty. After it went in, the work was done. The team achieved their second three-peat. A feat no other dynasty had done before, or since. The “Last Dance” that was their final season was over. And Michael Jordan’s time as a Bull was over. As was Scottie’s. As was Rodman’s and Phil Jackson’s.

The last shot is truly, one of the best moments from the Chicago Bulls championships. And we wouldn’t have it any other way!