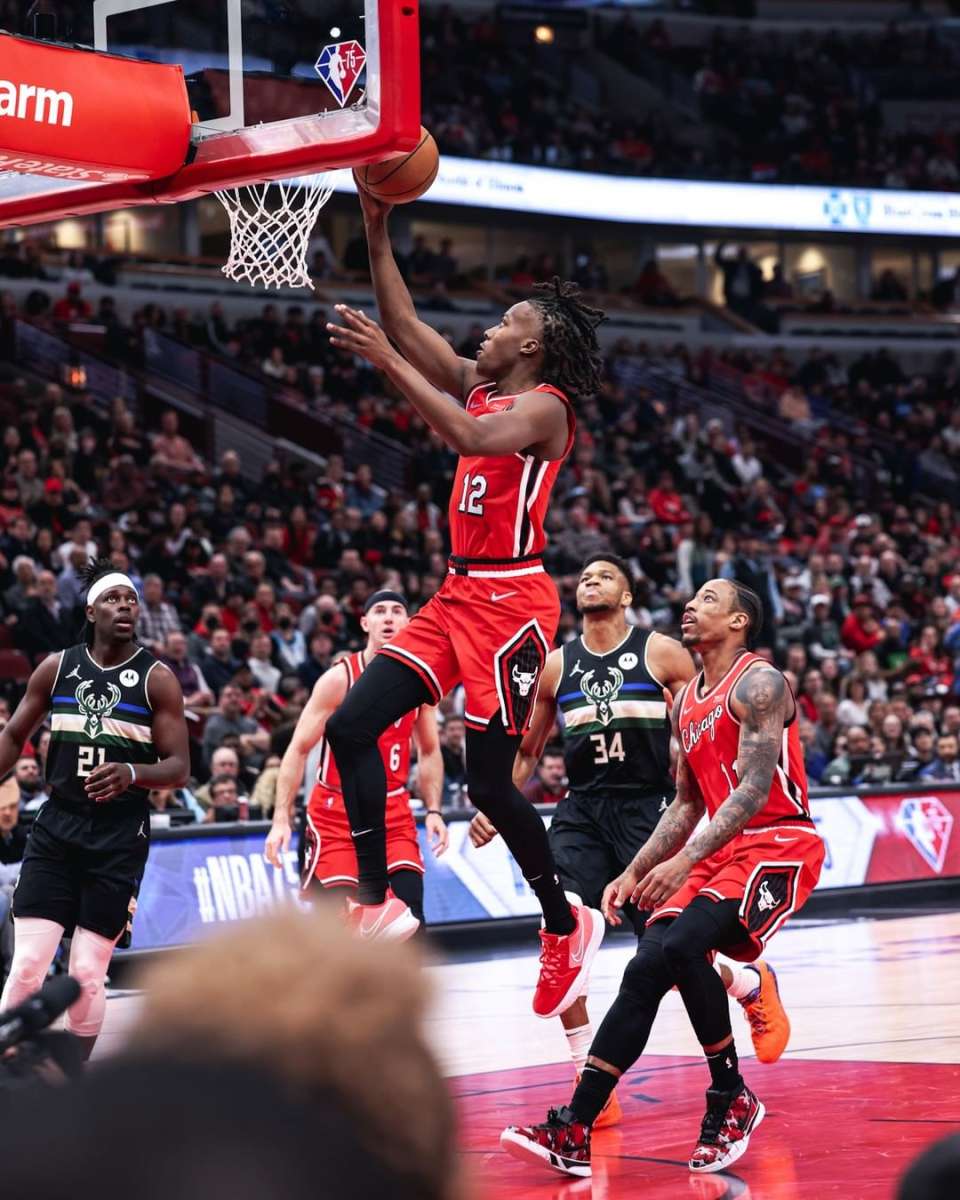 2022 Chicago Bulls Playoffs Preview: We’re Back, But For How Long?

It’s that special time of the year, Chicago basketball fans. The NBA postseason is here! We won’t be stuck at home watching from the sidelines this season though, because the Chicago Bulls playoffs dreams came true in 2022!

In the first round of this year’s NBA postseason, the Chicago Bulls will face off against last year’s championship-winning Milwaukee Bucks. It’s about as tough of a draw as you can get, and one that will certainly test and challenge this new Bulls unit that’s reignited their spark this past season. But who’s to say they can’t shock the defending champs?

How Are We Feeling?

Equally excited and realistic, if we’re being completely honest.

The realistic part comes from the Chicago Bulls playoffs matchup against the Bucks. It’s no secret that the Bucks are a contender. They won it all last season, and with Giannis Antetokounpo leading the charge for them, they’ll be a tough team to beat for anyone facing them in this year’s postseason. The Chicago Bulls are no exception to that fact. But, at this point in the year, anything can happen.

Which is exactly where the excitement comes in.

The Chicago Bulls playoffs hopes and dreams have become a reality in 2022, something that us fans have missed out on for the past half decade. Seriously. The last time the Bulls made the playoffs was 2017. Back when Dwayne Wade was a Bull and before Jimmy Butler went full on superstar-diva mode in the league. It’s been quite some time since we’ve been here. And we’re absolutely, one-hundred percent, excited about all of it. The chance to put this new team to the test against one of the league’s best franchises, and best player, has us wishing this series would start sooner. One of the main reasons for that is, win or lose, there’s no question that this series will be beneficial for our squad going forward.

What To Watch For

Throughout the Chicago Bulls playoffs series against the Bucks, there will be a few key things to keep an eye on.

The first of these will be the inevitable chippiness between the two teams. There’s obviously a bit of a rivalry between us and Milwaukee. Part of it comes solely from the location of each team. The city of Chicago and city of Milwaukee are a mere 92 miles apart, which makes for some competitive rivalries across a lot of different teams and leagues, not just the NBA.

Then, of course, there’s the shenanigans from this past regular season that are sure to get some players going. We’ve talked about the bogus Alex Caruso injury before that was caused by one of the most infamous Bucks players to ever step on a court. Later in the season, we saw some fallout from that incident, with Tristan Thompson and Serge Ibaka butting heads not more than a month ago. It’ll be interesting to see how everything plays out in a seven game series. But honestly, if the Chicago Bulls playoffs run extends into the second round, they’ll definitely need to keep their cool against the defending champs.

For the Chicago Bulls playoffs schedule, the series against the Bucks will start on Sunday, April 17 in Milwaukee. The remaining games have yet to be announced with official start times and dates, but it’s likely they’ll be scheduled soon. If we had to guess, game two will also take place in Milwaukee, probably on Tuesday, April 19. Games three and four should then go to Chicago, and we’d have to guess they both take place before Sunday, April 24th. Anything after that is up in the air, so stay tuned Bulls fans.

We hate to say it, but when it comes to a series against the Milwaukee Bucks, we predict the Bulls to lose in the first round.

It’s not to say that they can’t surprise us or win a couple games in the series, but with the way the season ended for us combined with who the Bucks are, we can’t see the upset coming true. We expect DeMar DeRozan to go absolutely ballistic in his first playoffs as a Bull, and given that this is Zach LaVine’s first playoffs ever, well, we expect the same out of him too.

The real question is will their efforts be enough to combat Giannis and the rest of his supporting cast? That answer is a likely no, and because of that, we have no choice but to assume a loss for this series.

At the end of the day… we will say this… we don’t expect to have those same assumptions after this Chicago Bulls playoffs appearance. Come 2023 and beyond, things are only going to get scarier for the rest of the league when they see Chicago on the calendar.