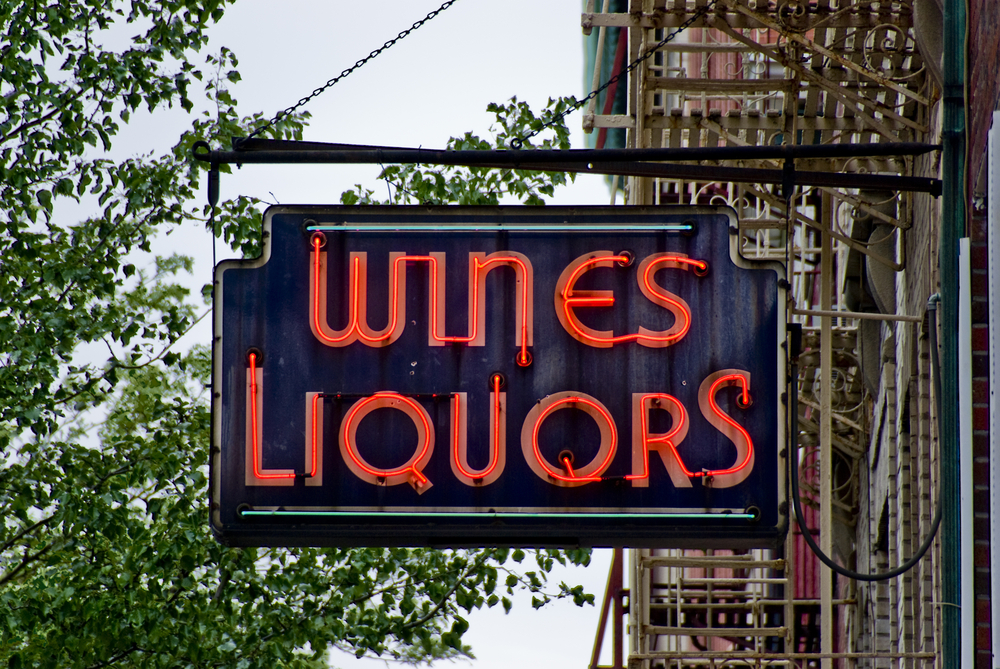 11 of Our Favorite Liquor Stores in Chicago

Alright, you knew this one was coming – no Chicago Liquor Store roundup would be complete without a shout out to the massive, vodka-ladden superstore that is Binny’s Beverage Depot. Though it may not always be the cheapest (hey, there’s a price to having the most recognizable name in the game) Binny’s is practically guaranteed to have what your looking for, no matter how obscure it may be. Plus, their regular in-house tastings and demos mean you might just score a free sample or two on your next visit. Though they close at 9 pm, that should still give you plenty of time to stock-up on your essentials!

When this fan-favorite liquor store in Chicago announced that it was closing its doors in early 2017, beer connoisseurs throughout the north side immediately went into mourning. Lucky for us, with the full support of the Portage Park community behind them, Fischman’s re-opened in the Portage Theater soon after. Sticking to the motto “so-unhip-it’s-charming” this neighborhood favorite is likely to become your own soon after visiting. Well, as long as you don’t get snobby on us, that is. Even if they’re not open on Sundays and Mondays, you should have plenty of time to get your fill.

While not strictly a liquor store per say, the Saucey alcohol delivery app serves the same purpose: gettin’ you your drinks. With guaranteed delivery in 30 minutes or less, Saucey can grab you pretty much anything you like for a relatively low fee. Fair warning: the service does stop running after 11pm on weekdays and 1am on weekends so no, that 2am wine just ain’t gonna happen. Sorry.

An old-school liquor store and bar combo in Wicker Park, Rite Liquors has been getting Chicago sloshed for decades – seriously, we’re talking since the 20’s here. Whether you’re just stopping by to grab a pint or perusing the shelves for something stronger to bring home, this classic Chicago slashie has definitely got you covered. Plus, their prices are pretty damn good too. Saturday you can snag your drinks until 3 am otherwise, 2 am is the cut-off for the rest of the week.

The liquor you’ll find at Fountainhead Market is a cut above the rest. If you’re looking for a liquor store that is open near you, the staff at this establishment offer top-notch beer, wine, cider and spirits. What’s more, they also sell food and snacks – meaning you don’t have to stop twice when you’re running late for that wine and cheese night your bougiest friend is throwing.

You’re gonna have to head pretty far north to check out this Chicago mainstay, but trust us, Marie’s is definitely worth the trip. A city favorite since the 1940’s, Marie’s pizza and booze one-two-punch is a combination worth a 30-minute train ride. With regular live music acts, a pretty good thin slice, and that kind of gritty hometown tavern feel that made Chicago what it is, it’s true that you’ll probably end up staying at Marie’s a bit longer than you would for your usual wine run, but you’ll love it.

Any liquor store that allows me to try what I buy in advance is my kind of spot. Complete with bottle shop, taproom, regular podcasts, tastings, classes and a series of special events, Avondale’s The Beer Temple is a great option for anyone looking to tap into a new craft brew or two. (Get it? Tap? Like a keg? I’m very funny, don’t @ me).

Ever walk into a store and think “this place has got everything“? Welp, that’s the feeling we get going to Brighton Park’s Liquorama. Family owned and operated since the 1940’s and shelves stretching on as far as the eye can see, this liquor store in Chicago features over 300 kinds of tequila for god’s sake.

Are you trying to find the best pizza places in Chicago to visit? View our list of the top pizza restaurants in the city.

On the second floor of this behemoth of a diner and deli is a selection of craft beers and wines unmatched anywhere else in Lincoln Square. Sandwiched between Gene’s awesome selection of meats and cheeses and an airy, rooftop beer garden, this liquor store may not be traditional, but it is certainly a good time.

A South Side go-to for well over 30 years, Maria’s (not to be confused with the aforementioned Marie’s) is at the heart of Bridgeport. Named after owners Mike and Ed’s late mother, this classic tavern and shop is known for its incredible community, great selection of beers and endless love for all things Chicago. As an added benefit, Maria’s just expanded to include a new modern kitchen and eatery – Kimski – meaning that there’s pretty much no reason to ever leave. The best part is that they’re open late on weekends AND weekdays!

If there’s one neighborhood you could count on to have a good, real deal slashie it’s Logan Square. With Chicago sports on TV and a pretty extensive draft list, Go Tavern is likely to become your new favorite Saturday afternoon hangout just minutes after stepping foot in the door. Plus, they have a pretty sick outdoor patio, which is a rare find for a dive bar in the city limits.