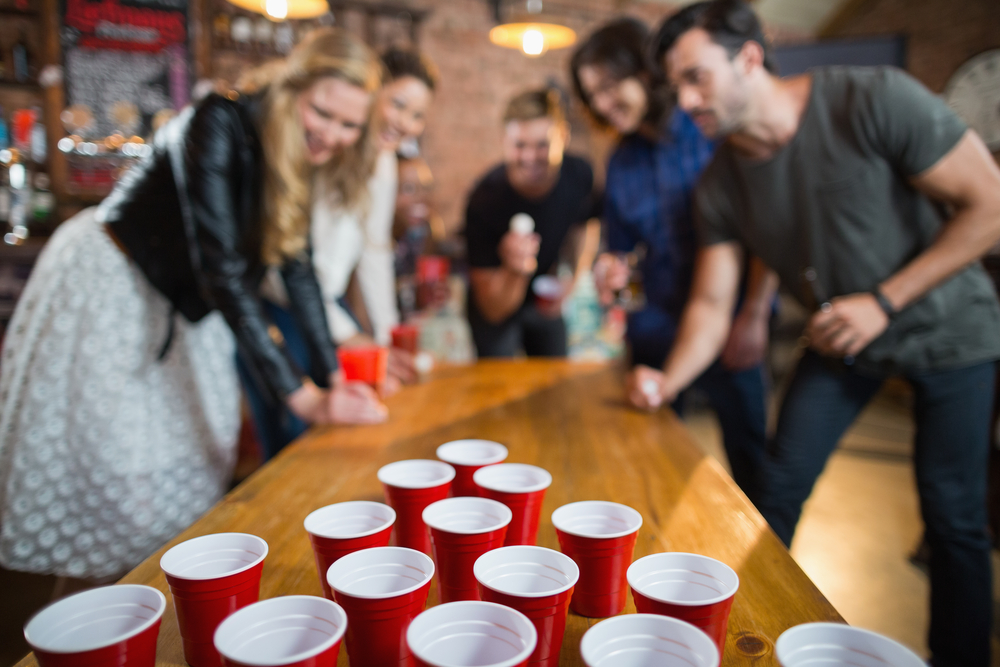 14 Lesser Known Drinking Games You Should Probably Play This Weekend

Sure, flip cup and pong are fun, but there comes a time when enough is enough.

Here are 15 creative drinking games* you can try instead.

Last night I went to a party where everyone had to prepare a 3 minute lecture on something they were passionate about.

Okay, so this one falls on the nerdier side. The game was invented by a group of students from Waterloo University in 2012 and is pretty straight forward: everyone in attendance has to prepare a 3 minute powerpoint presentation on a topic of their choosing. If you go over 3 minutes, you have to finish your drink. For each additional minute you go over time, further drinking penalties will be administered. You are not allowed to stop presenting without finishing your presentation in full. Oh, and heckling is allowed, but only if “witty and brief.” 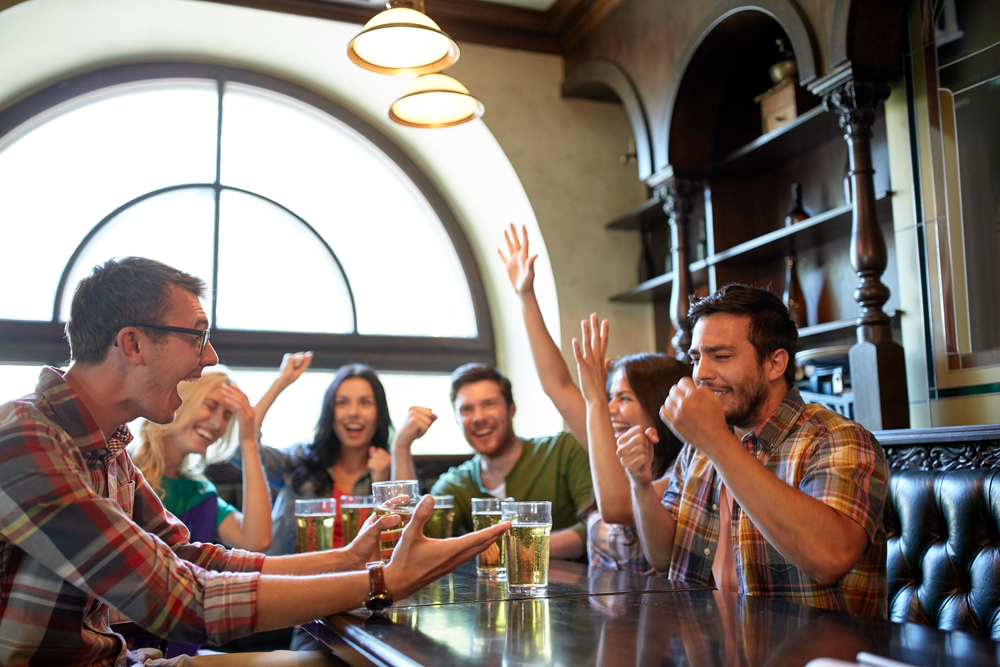 In my college-aged sister’s words, “most likely is basically like paranoia but A LOT MORE AGGRESSIVE” (please note that the caps were, in fact, included in her quote). The proper way to play this group drinking game is to ask participants a “most likely” question, something along the lines of “who is most likely to rob a bank but then get caught?” On the count of three, everyone in the circle will point to the person in the circle they think is most likely to rob a bank and then get caught. Each person will then take as many drinks as there are people point at them.

So, if say, 8 people thought I would get caught robbing a bank, I would drink 8 times. 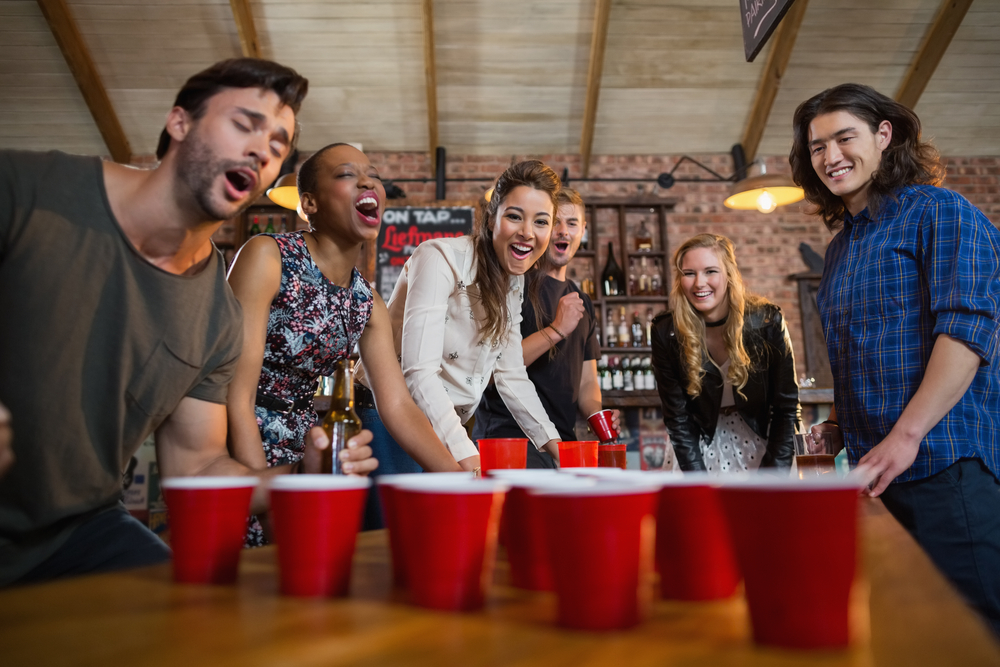 Also known as Rage Cage or Boom, Stack Cup is a variation on party favorite Slap Cup. The set up is simple: fill up around 20 plastic cups with a small amount of beer and place them in the center of the table. Fill one cup up to the brim and place it in the middle of the partially filled cups.

Taking the cups closest to them, two players will chug the beer and then attempt to bounce a ping pong ball into the cup. Once they do so, they will pass their cup clockwise, at which point the next person will chug their beer and stack their cup on top of the previously used cup. If someone manages to bounce their ball into their stack of cups before the person directly to the left of them does so, that person will stack their cup on top of the loser’s stack and force them to pick up another beer and start chugging. This continues until all the cups are gone, at which point the last player must chug the full cup of beer. 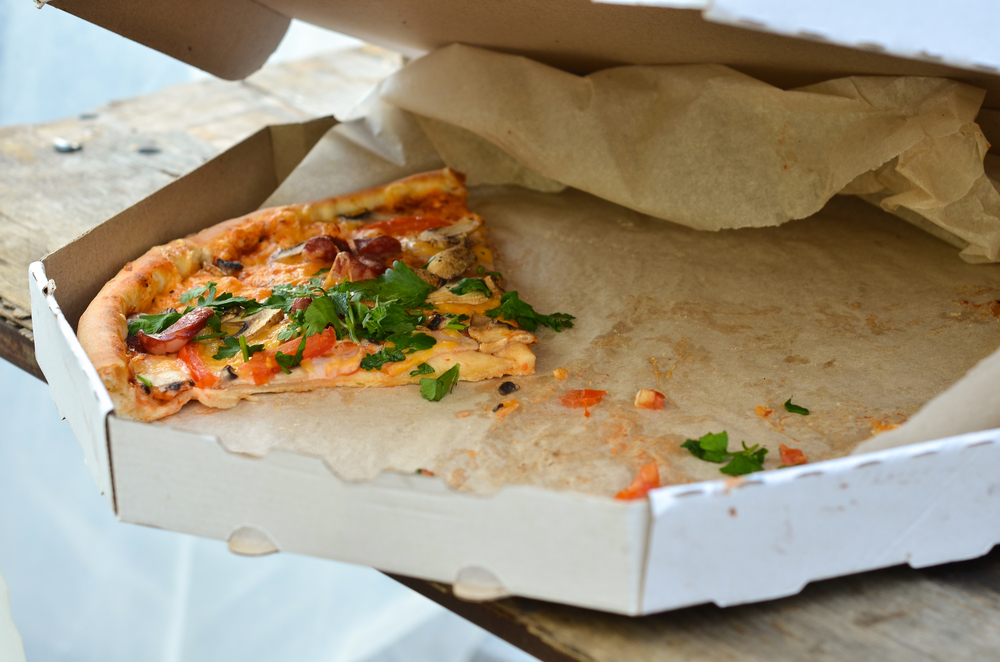 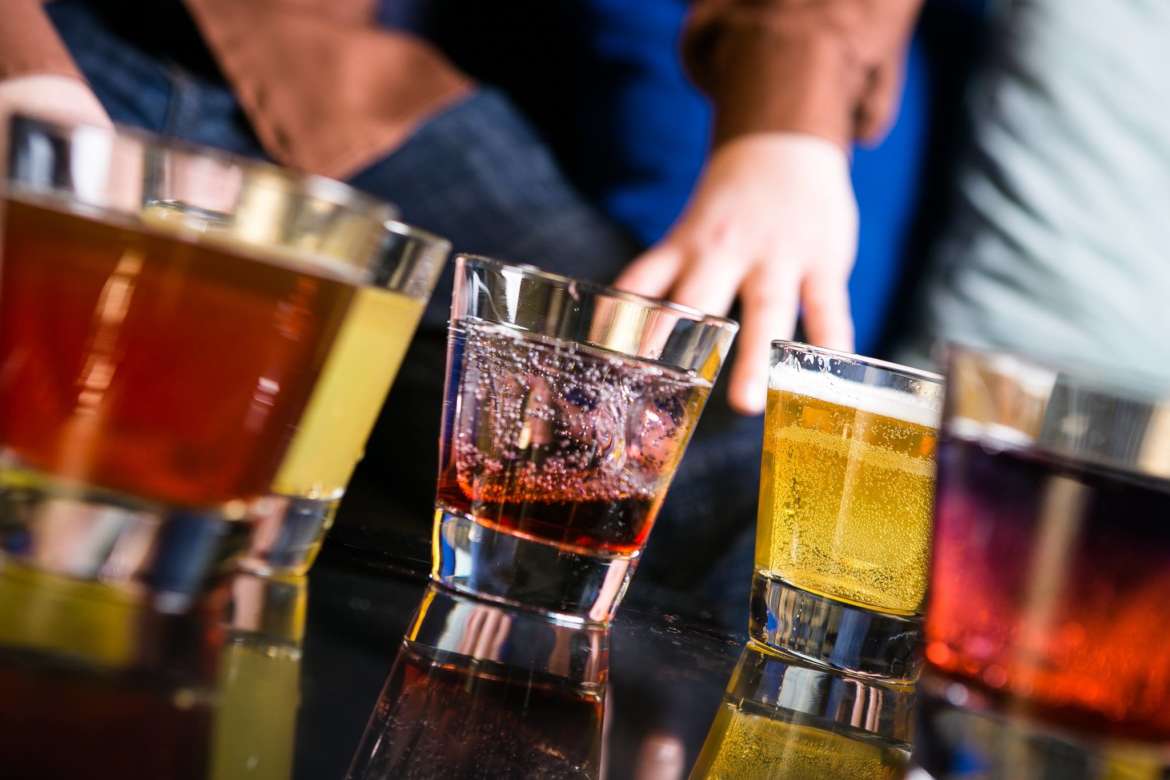 If you’re planning a trip to the Lincoln Park area of Chicago, we recommend checking out these 7 excellent bars. 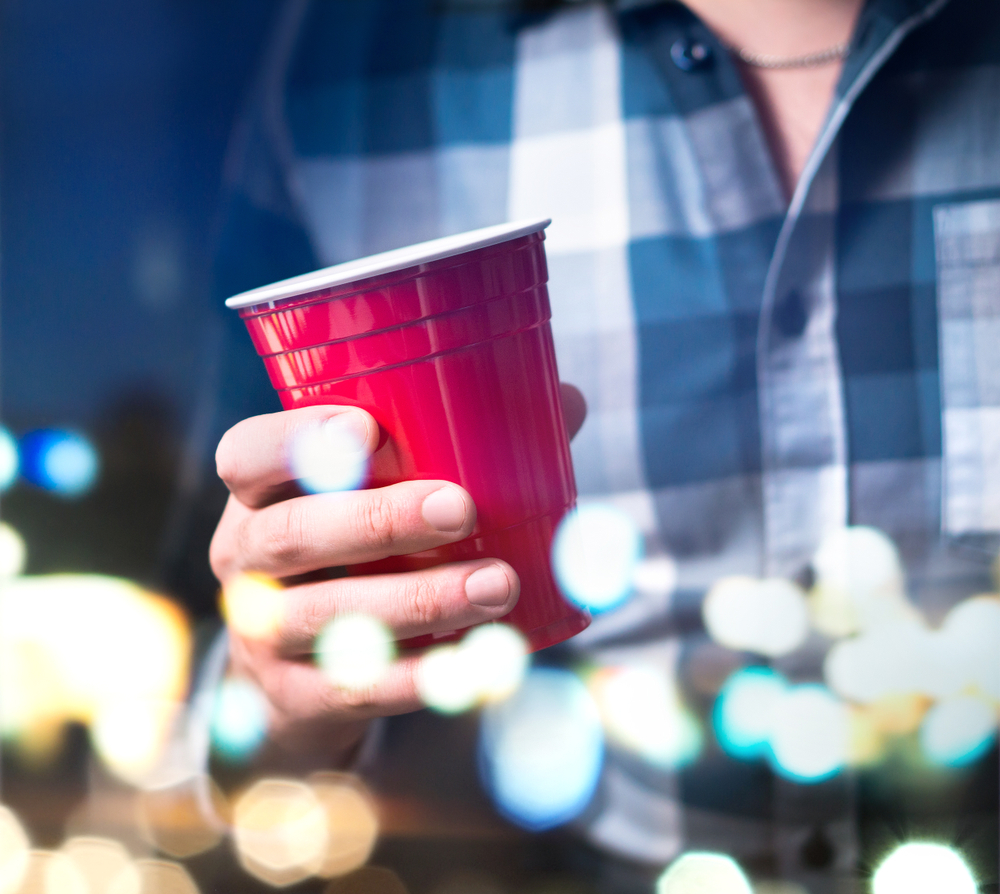 This one’s easy. Basically, everyone starts with their heads down. On the count of three, everyone snaps their head up to look at someone. If you’re looking at someone who is looking back at you, you drink.

Imma just let someone else explain this one. 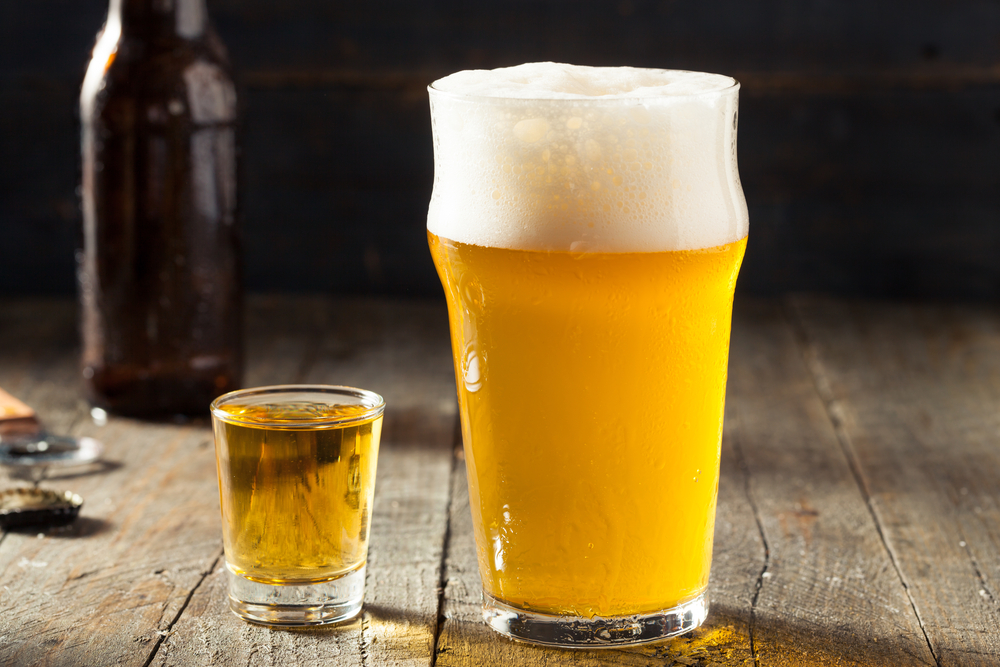 Also known as Sink the Ship or Titanic.

This group drinking game consists of filling a cup up with beer and placing it in the center of the table. Very carefully, float the shot glass on top of the beer. Going around in a circle, each participant will pour a little liquor into the shot glass. The person who sinks the shot glass drinks the full glass. 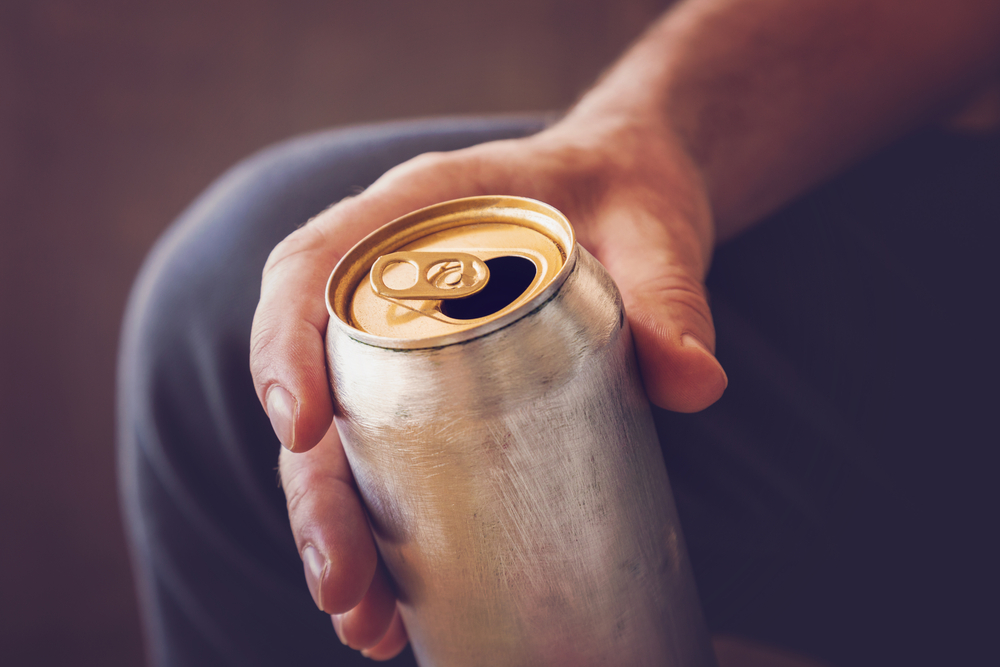 Also known as Wisest Wizard or Wizard’s Staff, Beer Wizard asks that all participants build a staff out of their empty cans, stacking each one on top of the other and duck taping them together. The larger your staff gets, the more power (and the drunker) you become. Once you have a certain number of cans in your staff – some sources say around 4 – you can start performing “spells”. Popular spells include “Accio Beer”, in which someone with a shorter staff must get you a beer and other variations there upon.

There are many, many different versions of Beer Wizard (with just as many rules) but we recommend trying to make up some of your own.

Read More: The Best Restaurants to Visit for Dinner in Schaumburg, IL 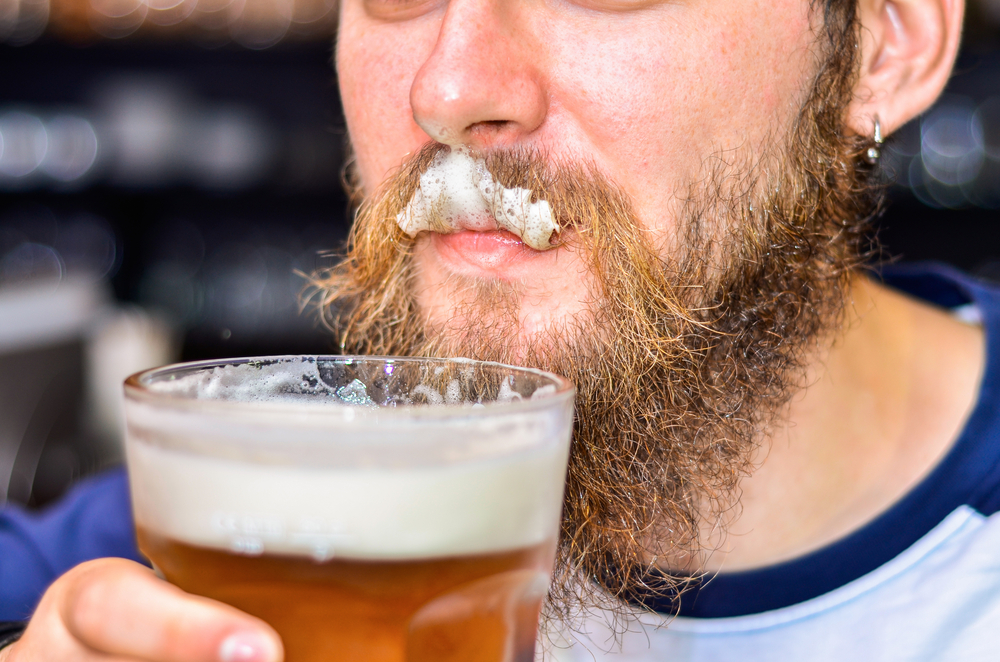 Mustaches makes any movie, TV show, or sports game into a drinking game in no time flat. Just cut out a mustache, tape it to the TV screen, and drink every time it lines up with someone’s face. Bam, instant drinking game. 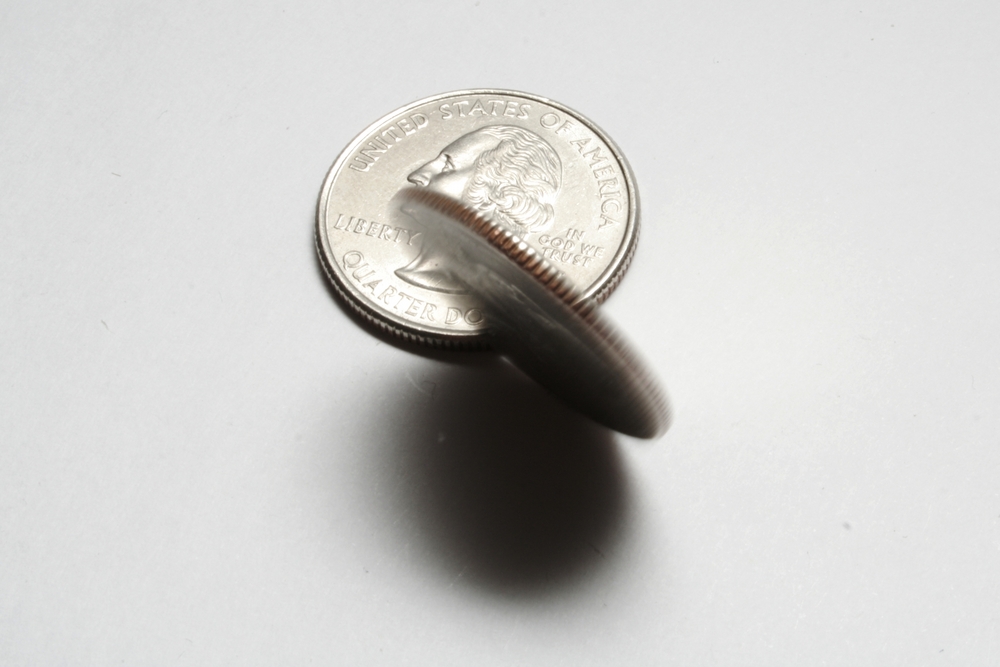 Like the sport from which it takes it’s name, Hockey is a pretty complicated drinking game. To read the full rules, head here. 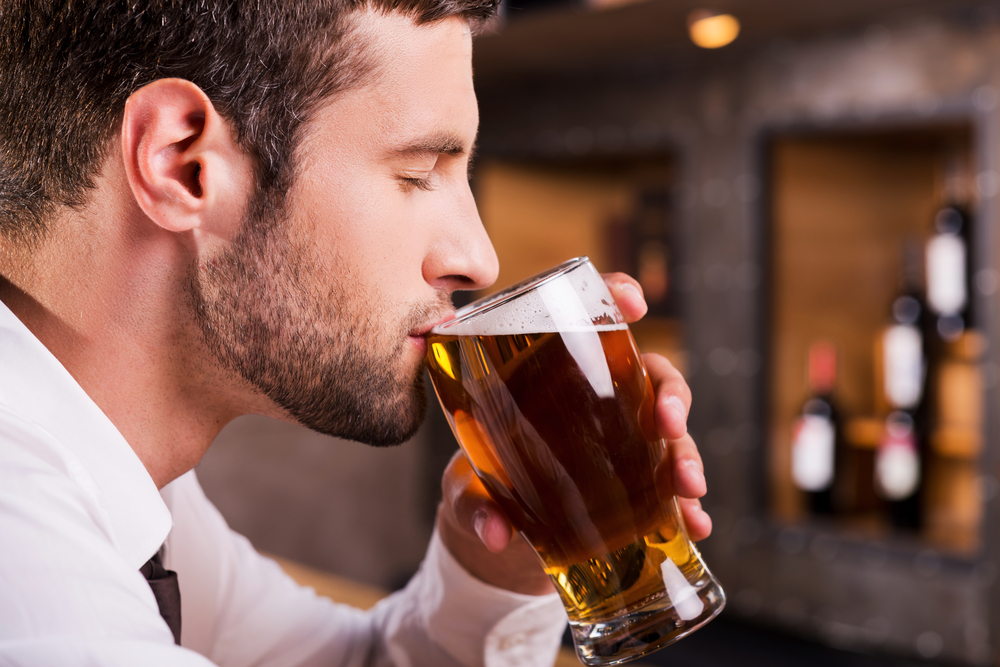 Place an empty pint glass – or let’s be real, a cup – in the center of the table. Going around in a circle, each person pours the amount they would be confident drinking, and then flips a coin. If the coin lands on the side they declared, they pass the cup to the next person. If it lands on the other side, they have to chug the full cup. 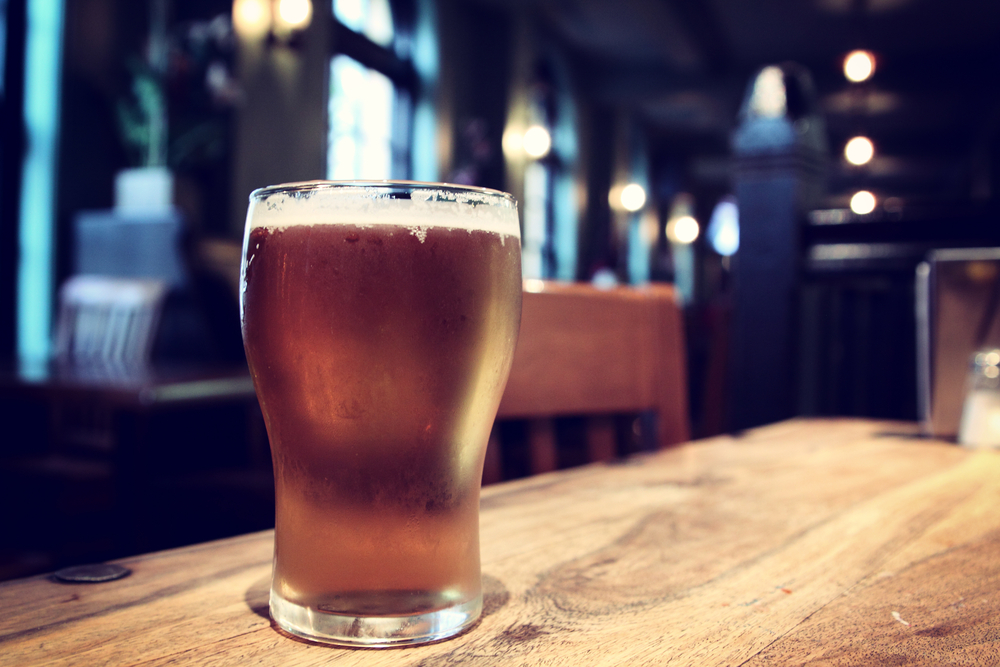 If you don’t know fingers, you can find the rules here. 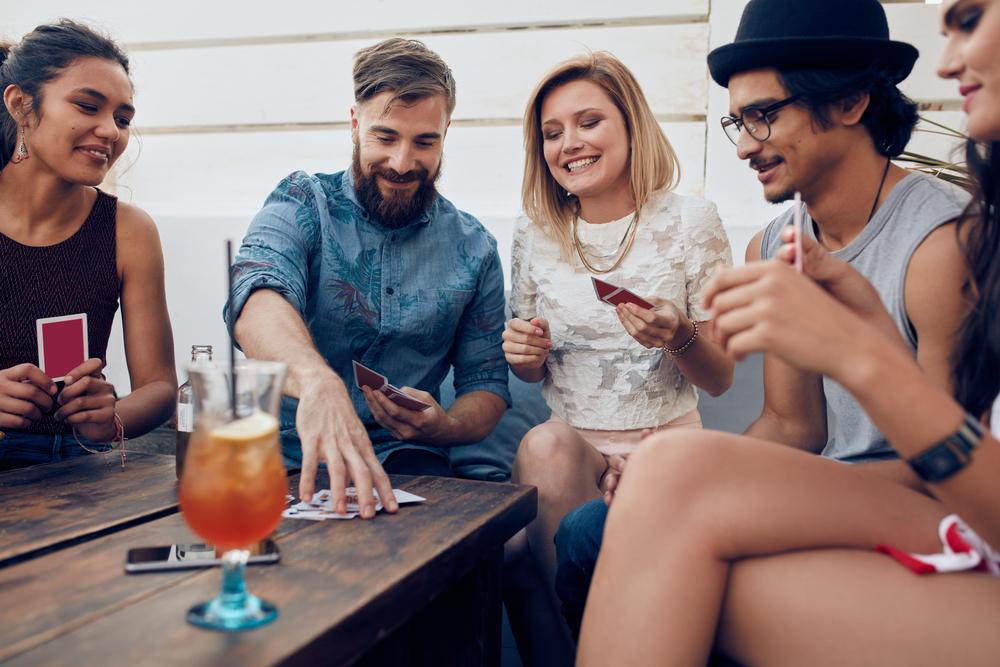 Think King’s Cup but just a biiiiiit simpler. The cards of the deck are spread out on a table, face down. Each card has a rule associated with it, which you can find here. That’s really about it. 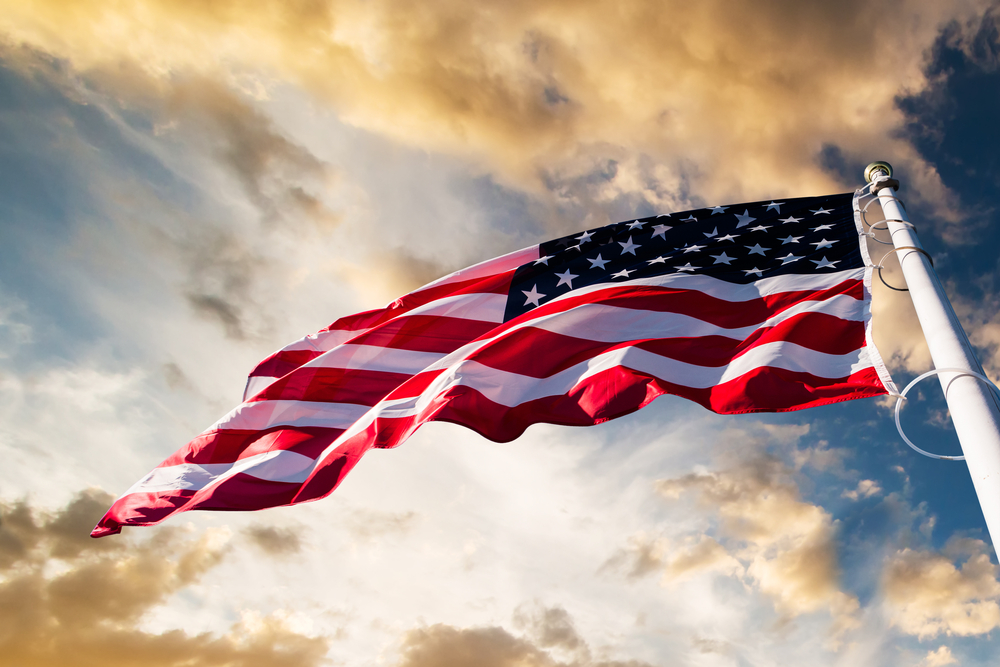 Made popular by the show New Girl, True American is a notoriously complicated drinking game. And while, yes, I’m sure you’ve probably heard of it, I doubt you’ve ever played it. You can find the rules here.