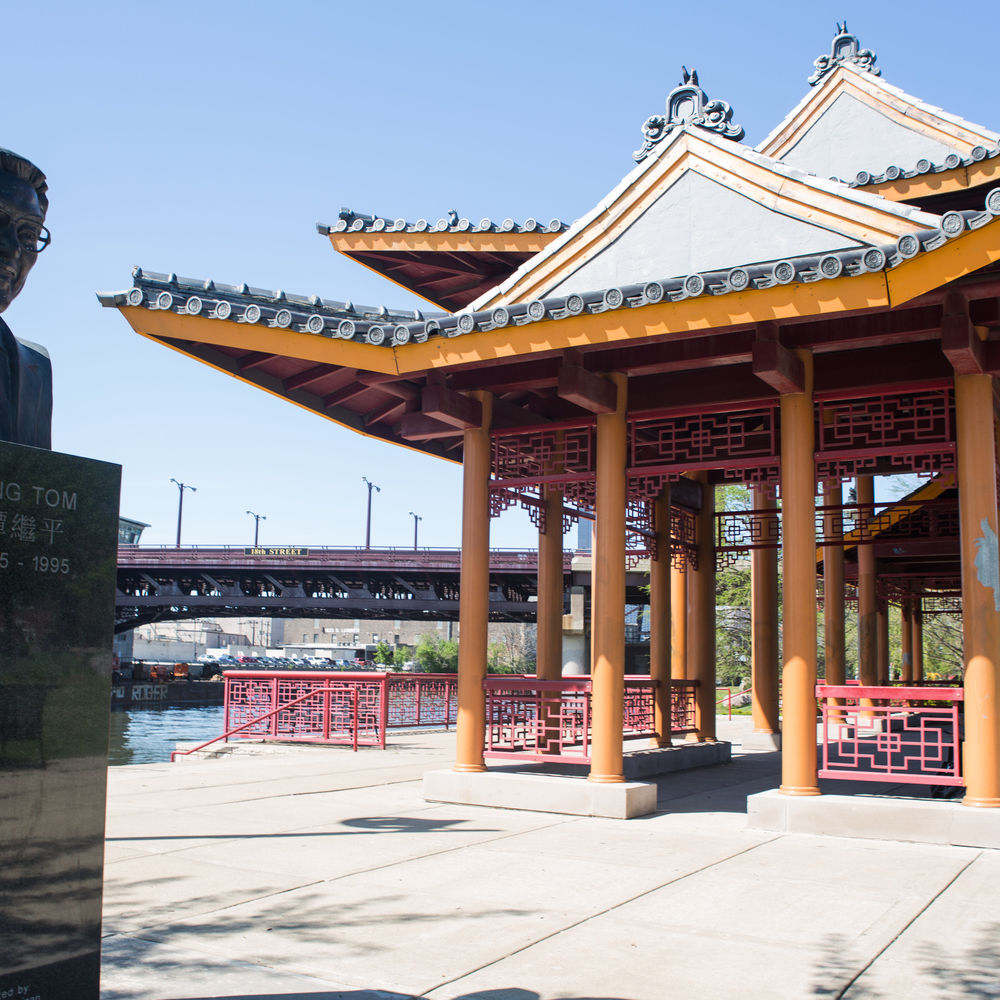 7 Things to See and Do in Chicago’s Chinatown

Over a century old, Chicago’s Chinatown is one of the most diverse and lively corners of the city. Chinatown in Chicago was named back in 1890 when over 25% of the city’s Chinese Americans lived between Van Buren and Harrison Street. Here, you’ll find an extensive list of shops, restaurants, teahouses, and entertainment spaces. If you’re looking to explore Chicago’s Chinatown more but don’t know where to start, be sure to stop at these eight places to make sure you’re getting the most out of your way! With Lunar New Year celebrations going on, now is the best time to visit Chinatown!

As a buzzing hub of Chinatown, Chinatown Square Plaza sits proudly in the exact middle of this neighborhood. Complete with AJ Houseware and Gifts, Mango Mango Dessert, and Daebak Korean BBQ, your appetite will be satiated while you pick up some new trinkets and gifts. Like most places in Chicago Chinatown, you’re going to feel close to the culture through the building styles as you peruse each shop and restaurant!

Living in a big city, it can seem hard to find a park to spend a day away from the sights and sounds of the downtown. Luckily, Ping Tom Memorial Park is open every single day and offers an expansive landscape and tons of activities to make the perfect day spent outdoors. The park was named in 1991 for Chinatown’s most noted civic leader, Ping Tom. Tom acted as an advisor to US Senators and was active in many prominent civic and cultural institutions.

A post shared by Heritage Museum of Asian Art (@heritageasianart)

If you’d like to learn more about the history of Asian culture, head to the Heritage Museum of Asian art. Opened in 2014, this non-profit museum exists with the goal of persevering and promoting Asian art, of all forms, for years to come. The museum always has different events going on, so be sure to check out their upcoming events to see if there’s a unique event you can attend soon! Want to support the museum’s mission? You can donate at any time!

Looking for the best dumplings around? There’s no better place than Qing Xiang Yuan! Here, you can choose from a variety of fillings like savory pork and cabbage, beef and onion, or seasonal flavors like mackerel and truffle. Qing Xiang Yuan also offers some BBQ options to pair with your perfectly steamed dumplings. To soothe your palette, be sure to try one of the many teas on the menu.

There’s nothing like a steaming bowl of soup from one of the most authentic Chinese restaurants in Chicago after a long day. At Hing Kee, the options for traditional noodle soups are quite literally endless. With tons of varieties of soups, vermicelli soups, and egg noodle soups, your meal is sure to keep you warm and fill you up as you wind down for the day. Hing Kee is also a great place to try out different specialty drinks like green milk tea with tapioca or roasted brown rice green tea. What are you trying first?

We all know there are tons of places in Chicago for karaoke, but none quite like Sakura. With private rooms along with a main stage, you and your friends can jam all night long to your favorite songs. Along with a great atmosphere for singing your heart out, Sakura has a full bar in case you need a little liquid courage to take the stage.

Tucked behind a Chinatown staple, Moon Palace, Nine Bar is the first cocktail bar in this Chicago neighborhood. Nine Bar acts as a “kind of” speakeasy, but is much easier to find than others in the city. With an extensive cocktail list, you can try unique, hand-crafted cocktails that you won’t find anywhere else. From Japanese whisky to vodka, each concoction proves delicious. The goal of Nine Bar was to change up the nightlife of Chinatown, and it definitely does, in the best way!

Modeled after the wall in Beihei Park in Beijing, Nine Dragon Wall is an iconic centerpiece in Chicago’s Chinatown. As one of only three replicas outside of China, the wall features nine large dragons which are very important in Chinese culture. Along with 500 other smaller dragons, the wall is donned in blue, gold, and red, which are symbols of good fortune.