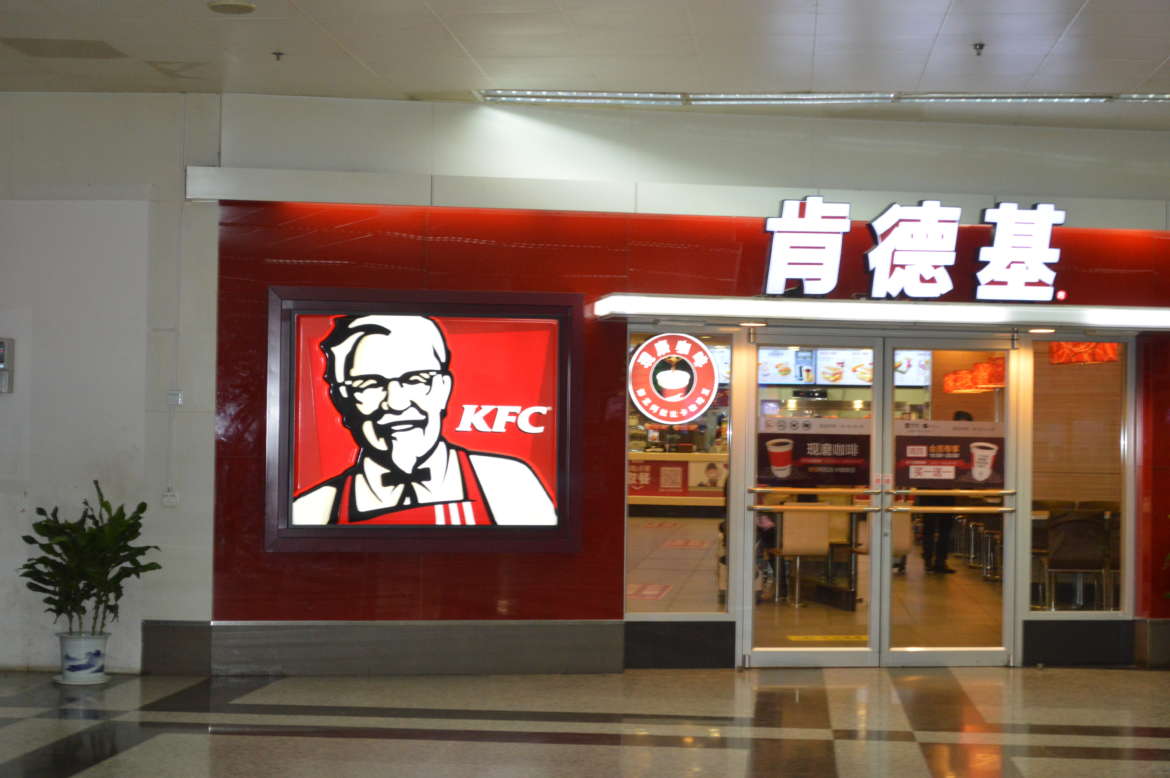 China, Land Of Mystery: But Where’s the Chinese Food?

Chinese food in the United States is a main staple for most families. It’s easy. It gets delivered. It’s usually not expensive. And we know what the dishes are.

Four intrepid Americans had just disembarked from a long flight from the United States to Beijing, anxious to begin a land/cruise package put together by Uniworld Boutique Cruises that would take us from Beijing to Hong Kong. But first, there was the small matter of dinner.

Across from the luxurious Shangri-La Hotel was a modern shopping mall with a cavernous lower level featuring a huge food court. At least it appeared to be a food court. People were sitting at tables and happily munching away at some of the oddest looking creatures imaginable.

Looking around the food court, it was difficult to decipher what the offerings were. The nerve of the Chinese to have all the menus written in Chinese. Where were the egg rolls, the General Tsao’s Chicken, beef, and broccoli? Where was the Chinese food?

It took a while of wandering around the food court trying to make a decision that would not upset or destroy our innards. Look hard. Maybe some egg drop soup would miraculously appear. Perhaps cashew chicken.

Then, at the far end of the food court was a familiar face. On a sign over the counter was this kindly occidental looking man with a white Van Dyke beard, wearing a white suit and a big smile. He was familiar, the food was familiar, and even the Chinese people in the food court were sitting at tables and enjoying… Kentucky Fried Chicken. Thank you, Col. Sanders; our first meal in China…KFC.

Over the next 18 days, as we crisscrossed China by air and sailed the Yangtze on Uniworld’s comfortable and modern longship, we only saw one Chinese food that was recognizable… a spring roll. Fortunately, our designated tour manager, Li Zeming, looked out for all the tour participants. He had advance information on who could not eat certain foods and he watched like a Chinese sparrowhawk to make sure no one had the wrong dish.

On any trip to a foreign land, getting to know the people and their food and customs should be at the top of anyone’s list. Uniworld saw to that. A stop in the Hutong section of Beijing brought the participants into the home of Chinese peasants. The Hutong sector is not where even the blue-collar workers lived. It’s more than a step or two below that.

But the homes were immaculate and the people both friendly and accommodating without being subservient. Food was freshly prepared in an adjacent room and served piping hot to the guests. No one left hungry.

After the meal and a few steps down the street was a lineup of pedicabs, also frequently called “rickshaws.” Okay, so these weren’t the type you might have seen in a Humphrey Bogart movie, but they are far more efficient and considerably less wearing on the feet of the operator.

A tour of the neighborhood showed that despite being a fairly closed society that is rigidly controlled by the one-party government, the people have a deep love for China. National flags, large and small, flew from the lintels and the majority of homes.

Li, who was quite forthright about the political system in mainland China, said no one was forced to fly the flag, but the people were truly patriotic and showed it by flying the flag.

Coming up in a future column will be the famed Tiananmen Square, the Temple of Heaven and one of the most amazing sites anywhere in the world, the Terra Cotta Soldiers of Xi’an.