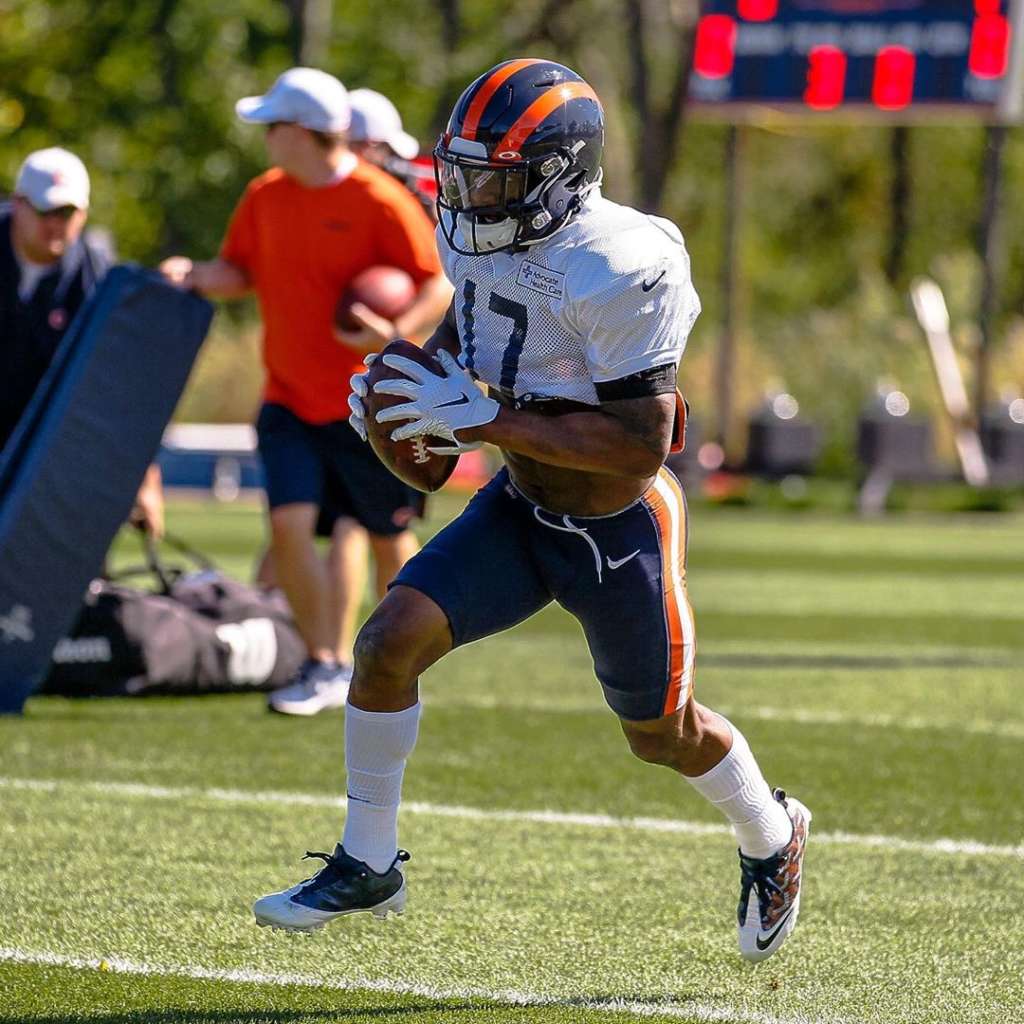 Fall has finally arrived in Chicago and with it comes all the apple picking you could ever need! For you sports junkies, the new season means that basketball and hockey are set to return alongside the Bears. Speaking of the team, we’ll preview the Chicago Bears game this Sunday in their divisional match-up with the Vikings.

The Chicago Bears game this week is set to be a divisional battle with the Vikings. The Bears currently hold a 2-1 record, which has given them the 3rd place spot in the NFC North. The offense exploded on Monday night against the Redskins. Trubisky was 25/31 with 231 yards and 3 touchdowns. All three of his scores went to receiver Taylor Gabriel who hauled in 6 of 7 passes for 75 yards. The team will need the offense to stay hot this Sunday against the Vikings stout defense. While they’re not as threatening as Mack and Co., Trubisky’s job won’t be as easy as it was Monday night. The Bears’ defense will also have their hands full with Vikings running back Dalvin Cook. Cook leads the league in rushing (375 yards) and leads in rushing plays over 20 yards (4 plays). He’s also averaging a whopping 6.6 yards each time he’s handed the ball. The whole team will be put to the test this week, but so will the Vikings, who have a 3-15 record in Soldier Field since 2000. The Chicago Bears game is slated to kick off at 3:25 PM CT on CBS. Go Bears!

There’s plenty of big news surrounding both Chicago baseball teams this week, but this (sadly) takes the cake. The Cubs were eliminated from the postseason on Wednesday after the Brewers beat the Reds. To add to the blow, the team fell 4-2 to the Pirates on Wednesday night and is currently on a nine-game skid. The former World Series Champions haven’t missed the postseason since 2014, but this October will be different. With a 162 game schedule, it can be tough to pinpoint exactly what went wrong. The Cubs road performances combined with an underperforming pitching staff may give some answers, but the team really feels like they didn’t get it done this month. The Cubs will close out the 2019 season on the road against the Cardinals this weekend.

The White Sox will also miss the postseason this year, but one player on the team still has something to accomplish before the season ends. After a four-hit game Wednesday night, shortstop Tim Anderson is in the lead for the AL Batting Title with a .339 average. The Sox have four games left to play on their schedule, which will give Anderson the chance to secure the title at home. Despite a losing record, the development of this young core and rise of our star players should be enough to label this season as a success. The White Sox will close out their season this weekend against Detroit. Make sure to tune in Sunday at 2:10 PM to see if Anderson can clinch the batting title!

👀🔥 Thanks to Hall of Famer, @terrellowens for stopping by today!

The Bulls are reported to begin training camp on October 1st. Many players are already well into their off-season workouts, but training camp will bring everyone together. Head coach Jim Boylan is entering his first full year for the Bulls after taking over for Fred Hoiberg early last December. Training camp will bring the coaches and players together for a few days before the preseason. Game one of the Bulls preseason is set to tip-off Monday, October 7th against the Milwaukee Bucks.