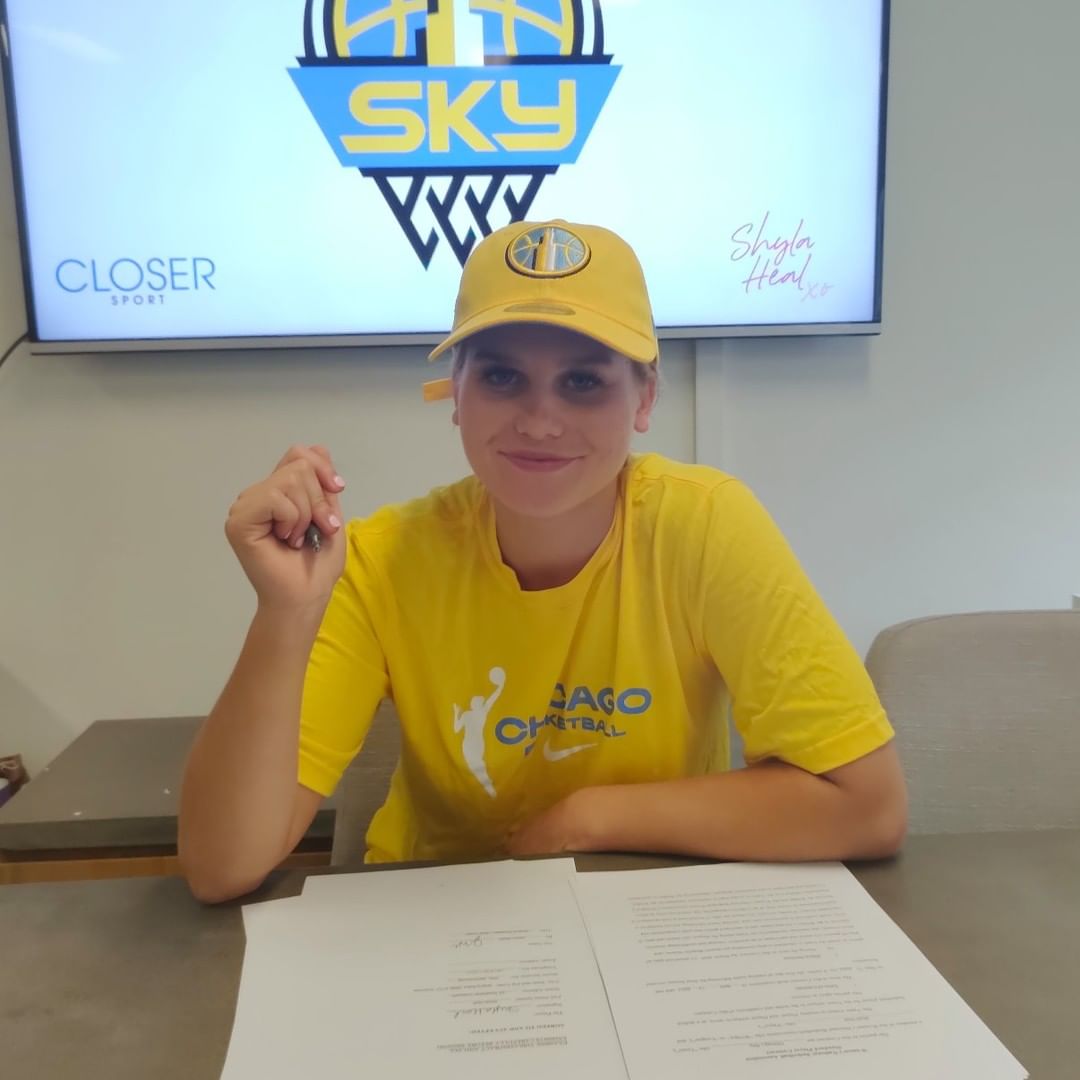 Chicago Sky Are Locked And Loaded After 2021 WNBA Draft

Last week, for the second year in a row, the WNBA Draft took place virtually as teams looked to load up on some young talent before the season. Many WNBA mock drafts got it all wrong and analysts were left surprised with some of the selections made. Regardless, it sure made for an exciting night full of twists and turns.

In the 2021 WNBA Draft, the Chicago Sky had two picks to use at the 8 and 16 spots. Everyone had a strong feeling they would go with a guard with their first choice, and they did. But the only question was which one would they go with? We’ll dive into who they chose and what it means for the future of this team. Plus, after the release of the Sky’s schedule for the 2021 season, we’ve got you covered with your preview for the upcoming WNBA regular season next month!

With the 8th pick in the 2021 WNBA draft, the Chicago Sky select Shyla Hall. While those aren’t the exact words used on draft night, the Chicago Sky surprised many with their pick. Although, that’s not to say their selection was a poor one. Shyla Hall is a 19-year old guard who’s been building her basketball resume and skillset while playing in the WNBL in Australia since she was only 14. Yes, you read that right, 14!! The reason this pick surprised analysts is because of the other college talent that was still on the board when it came time for the Sky’s pick. Shyla Hall fills one of the team’s primary needs at point guard, specifically a backup. Hall fills the spot behind Courtney Vandersloot, the team’s starter last named an All Star in 2019. Vandersloot enters free agency next season, which is another reason the Sky went with Shyla Hall. Hall will gain valuable experience playing behind Vandersloot, and only time will tell if they remain on the same team next season.

For the team’s 16th pick in the 2021 WNBA Draft, the Sky chose Oklahoma State forward Natasha Mack. Mack is arguably one of the top defensive talents in this draft class, and will pair up alongside another strong defender in Candace Parker. This duo should make this team one of the best defenses to watch this season. The rest of the WNBA will need to keep their head on a swivel in the paint all year.

Looking Ahead To 2021 And Beyond

After the signing of Candace Parker in the offseason, a strong couple of draft picks, and some new uniforms, the Chicago Sky are all systems for the 2021 WNBA season. They’ll play 32 games before a possible trip to the playoffs, which we certainly can’t see them missing out on. All of the new additions to the team should help catapult them to the top of the standings. A deep playoff run is not out of the question, and we’d go as far to call them legitimate title contenders this year.

Winning a championship is the first hill to climb for the franchise. In 2022, four of the Sky’s current players will be unrestricted free agents. They may have secured a replacement for Vandersloot if she leaves, but even then there’s still a lot of questions for the long-term future. We like to think that their focus is on their huge opportunity to win it all this year. And if they can do that, maybe everything else will just work itself out.