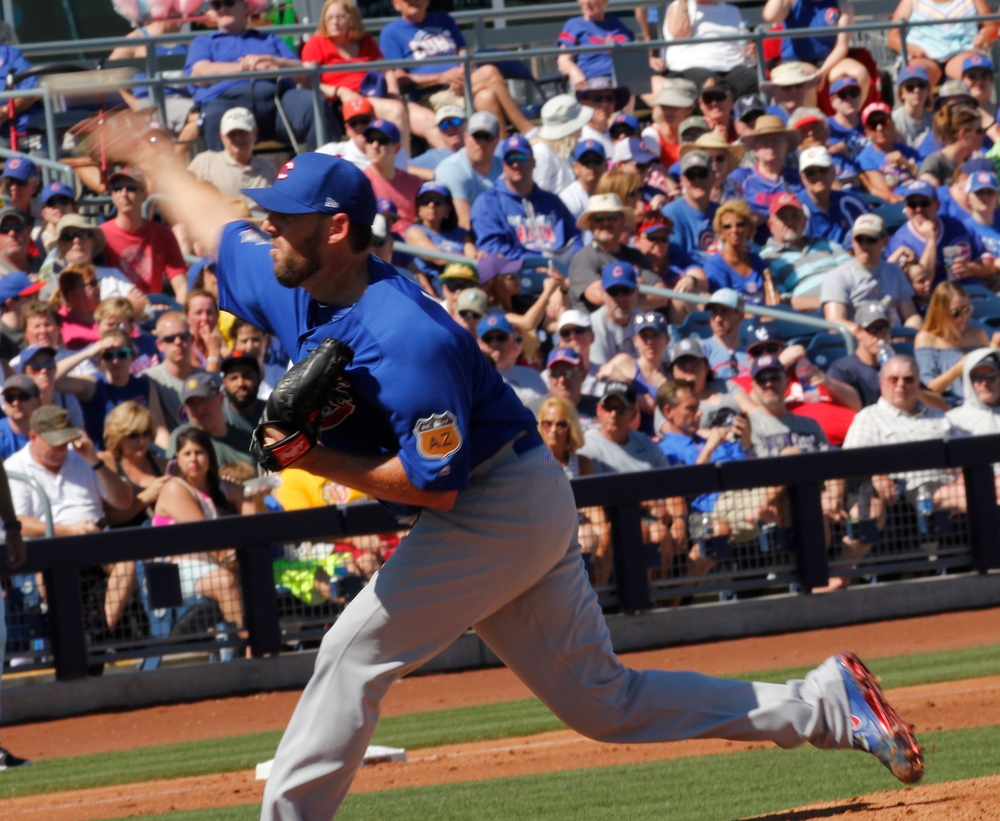 Think you’re a Cubs fan? How many of these 10 Chicago Cubs facts did you know?

1. What took so long for the Cubs to install lights at Wrigley?

Former owner P.K. Wrigley was to install lights during the 1942 season, but instead donated the lights to a shipyard for the war effort on the day after Pearl Harbor was attacked.

2. What TV actor once played first base for the Cubs?

Ronald Reagan did radio re-creations of Cubs games from teletype reports for an Iowa station in the 1930s.

4. Most wins in a season

The 1906 Chicago Cubs hold the record for the most wins in a single season, 116 games. The 1906 team made it to the World Series but lost to the Chicago White Sox.

Do you know who the four individuals are that are immortalized as bronze statues at Wrigley field? Ernie Banks, Harry Caray, Ron Santo, and Billy Williams.

6. History of the iconic “Cubs” name

Before the Cubs had the “Cubs” name, they were actually known for a few other names for their first 26 years of existence, such as Chicago Orphans, Chicago White Stockings, and the Chicago Colts.

After every victory, the “W” flag is raised to symbolize a win.

The foul poles have “Hey Hey” on them because that was the home run call of the Hall of Fame Cubs broadcaster Jack Brickhouse.

There are no seats in the lower portion of the center-field bleachers to provide better visual background for hitters.

11. What should you do if you catch an opponent’s home run ball in the bleachers?

Throw it back onto the field, or ask security for an escort out of the park.