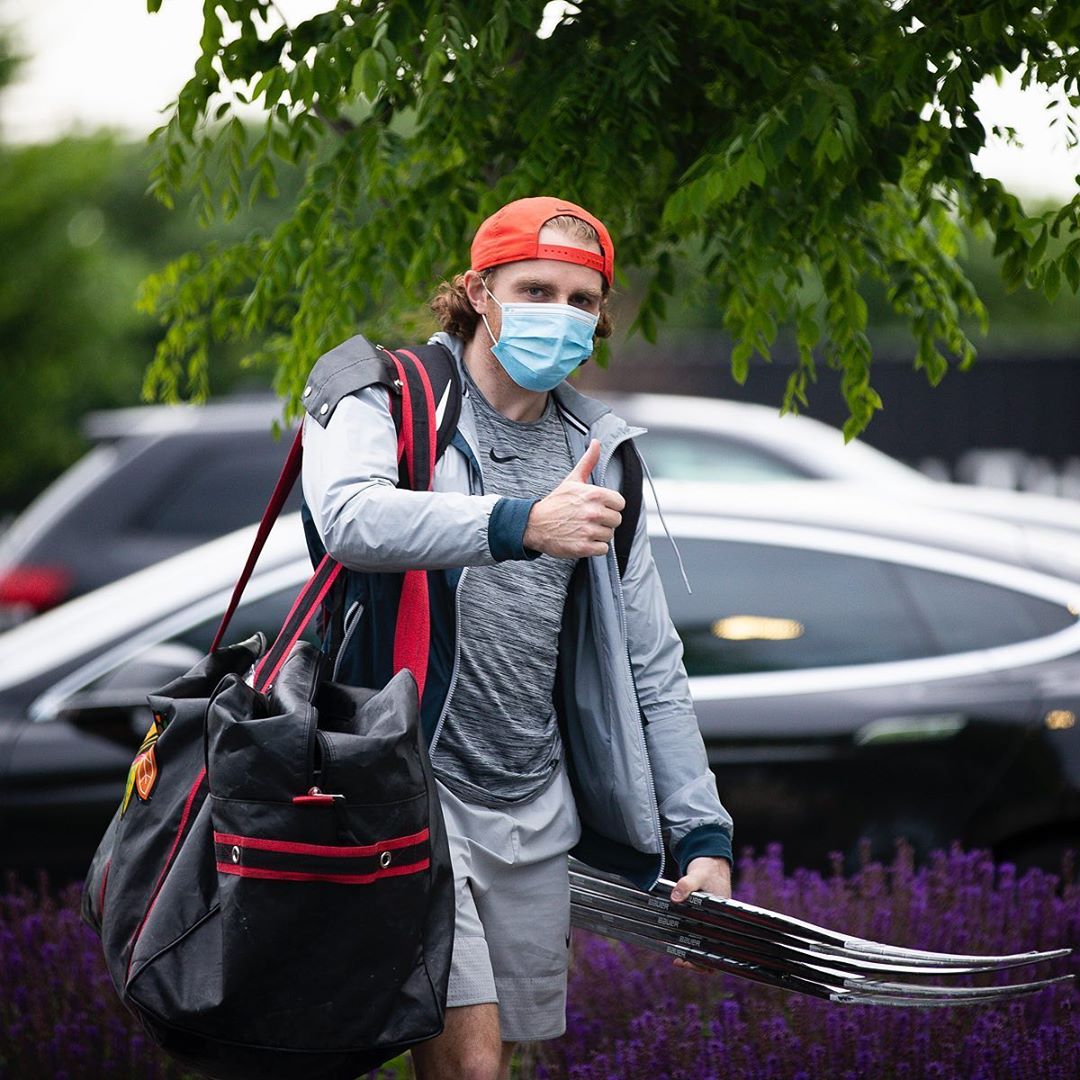 Last week, the NBA announced that it plans to resume play next month, and with the PGA and LPGA events over the weekend, things are beginning to look up for sports! If hoops and fairways weren’t good enough, the NHL also plans on returning soon. And their return can only mean one thing: Chicago Blackhawks hockey is back! There’s plenty of details to iron out after the league shut down on March 12. We’ve got you covered with everything to expect when the NHL returns and how your favorite Windy City team is doing.

How the NHL Return Will Work

While the NHL plans to return sometime this year, there is still no official date set for the comeback. The reason for this is because the league and the players’ association need to agree on details, such as a training camp, length of season, and all the different safety protocols.

Once the players do take the ice again, the league handles the health and safety of everyone is something to watch. Last month, the NHL stated it planned to test players on a daily basis. Most speculate that in the NHL’s return, teams are going to be confined to two different host cities. In these cities, the league will create a ‘quarantine bubble’ similar to what the NBA is doing. Players, their families, and staff who live in the bubble are expected to follow rules and protocols to mitigate spread of the virus.

As of late, the NHL and NHLPA agreed on the format of games for the rest of the season. First, there will be a qualifying round of the playoffs that’ll feature 16 teams in eight different best-of-five series. The remaining eight teams will play in a round-robin tournament to determine seeding in the playoffs. And we know what you’re thinking, Blackhawk fans: with 24 teams qualifying to play, hockey is coming back to the city this year!

Can The Chicago Blackhawks Contend?

When the NHL season continues, the Chicago Blackhawks will take control of the 12-seed spot in the Western Conference. This means they will face the Edmonton Oilers in a best-of-five series to make the playoffs. Our team hasn’t seen the playoffs since 2017, but hopefully, their experience helps them make a strong push. Some key things to keep an eye out for the remainder of the season will be player health and Alex DeBrincat’s play. The forward scored 45 points after 70 games this season, a lot lower than his 76 points last year. In order for our team to have a shot, we’ll need to see some life in Alex DeBrincats game for this final stretch of play.

Team health is another area of concern for the rest of the season. On the defensive side of things, while the team expects Calvin de Haan to return to play, Brent Seabrook doesn’t expect to see the ice until September. The return of Andrew Shaw is also unknown, which is unfortunate as he participated in the last two of the teams Stanley Cups. Hopefully, the long period of rest will help their recovery so they can contribute to the team’s success when the NHL returns later this year.