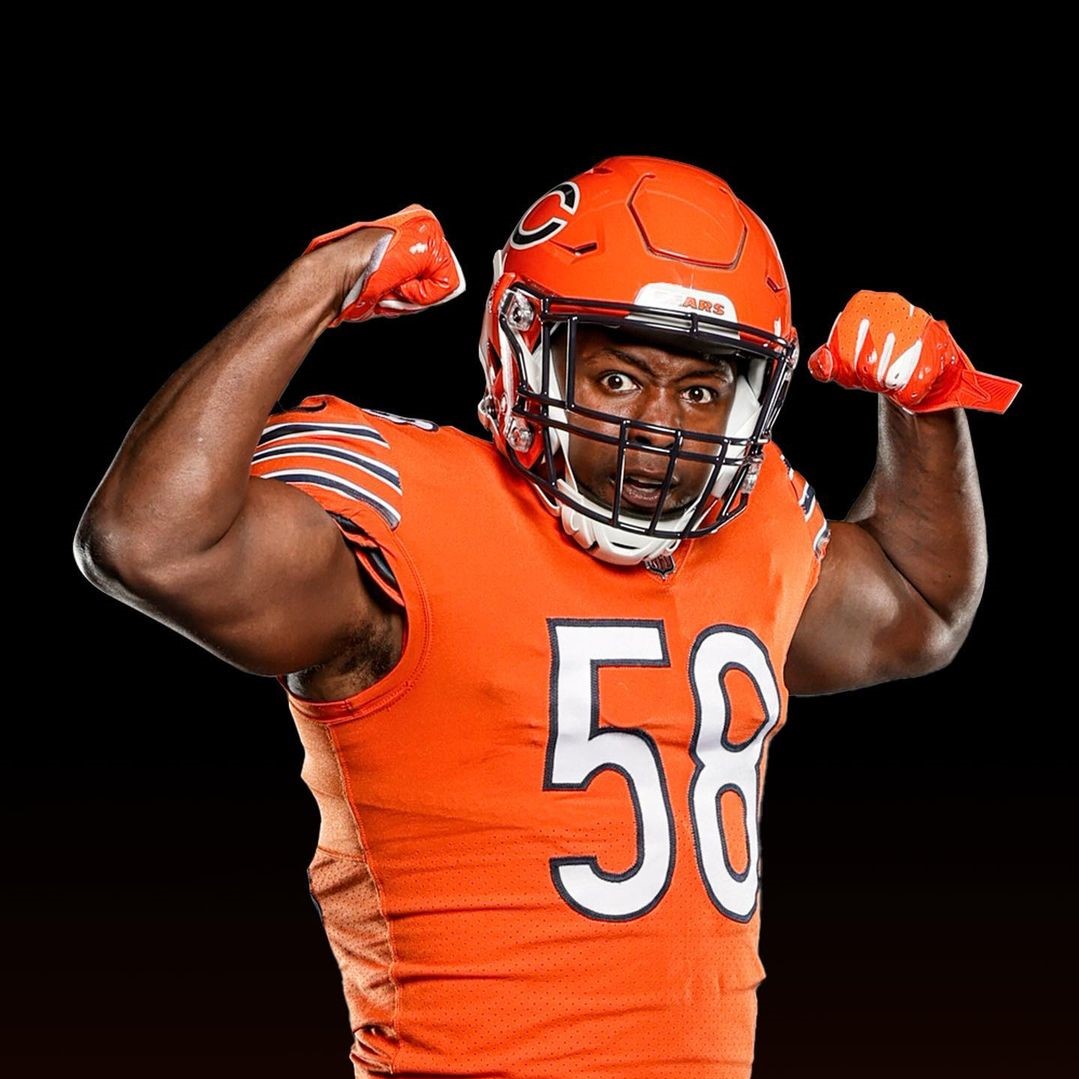 17 days. Less than three weeks. Fellow Bears fans: that’s just how long we have to wait until some preseason action. And then, less than a month after that, we’ll kick off the regular season on Sunday, September 11 against the 49ers! But before we can get there, we have to work our way through the Chicago Bears preseason.

Between new uniforms, player contract talks, Soldier Field upgrades, training camp, and much, much more, the Bears preseason has been nothing short of busy. To help keep everything straight, we’re here to give you our Chicago Bears preseason preview of everything that’s gone on so far and what to look forward to next as we approach the start of the season!

Soldier Field remains an incredible asset for City residents & visitors. These proposed renovations allow Soldier Field to retain its role as an economic engine for Chicago for years to come, allowing us to keep bringing sports, music, & other events to our world-class city. 🧵 pic.twitter.com/wPfsSRU4C7

On Monday, Chicago mayor Lori Lightfoot made a bit of noise when she announced three different renovation plans for Soldier Field. Between the three plans, the main improvement noted was enclosing the field in a dome. While that may sound nice for some winter games, the franchise didn’t make it sound like the mayor’s proposals were going to be enough to keep them from their eventual relocation to Arlington Heights.

“We have informed the City of Chicago that we intend to honor our contractual commitments as we continue our due diligence and predevelopment activities on the Arlington Heights property. In the meantime, we remain committed to fulfilling our Permit Operating Agreement (POA) at Soldier Field,” the team said in a statement after Lightfoot’s news.

So… Yeah… At this point, Arlington Heights is not a matter of if, but when.

Over the weekend, the Chicago Bears preseason news continued when the team dropped their alternate uniforms for the 2022 season. The difference in the alternates this year is the bright orange is shown from head-to-toe now with the addition of new helmets. If you’re hoping to see this in person then you’re in luck! The Bears will wear these new threads in a home game against the Washington Commanders in week 6. They’ll even bring them out once more in week 8 against the Cowboys. We’re hoping that everything goes as planned, and both NFC East teams struggle with the bright colors.

Speaking of the orange uni’s, let’s talk about the guy who modeled them in the photoshoot. Roquan Smith, arguably one of the best players on the roster, is holding out from practicing. No, it’s not the best headline for the Chicago Bears offseason. Especially with a new regime looking to gain a bit of momentum heading into their first year. But, it’s not as bad as it was initially reported. Smith actually showed up to the start of Bears Training Camp on Tuesday when the day prior it sounded like he wasn’t going to attend at all. While he’ll be at Halas Hall for the time being, it doesn’t sound like he’ll be practicing or participating in drills until a new contract agreement is reached.

Last season, Steelers rusher T.J. Watt did the same thing while he waited for an extension. He would show up to training camp, go through his conditioning, but wouldn’t run drills. He ended up receiving an extension on the Friday after the first regular season TNF game.

Roquan Smith’s holdout has been a main talking point after training camp began on Tuesday, but there’s always more to talk about with Chicago football.

For starters, Robert Quinn showed up on Tuesday in surprising fashion. The reason it was a surprise was because Quinn missed OTAs and mandatory veteran minicamp earlier in the Bears preseason. Many think his reason for doing so was to show that he wants to play elsewhere, and to his credit, he’s probably one of the more valuable trade pieces. Ultimately, Quinn showed up, and the team hasn’t moved him, so it’s likely that the pro-bowler continues playing for our defense in 2022. Just keep an eye out for reports on if he practices.

As training camp continues during this Bears preseason, keep another eye out for news about their new receiver, N’Keal Harry. Harry, now entering his fourth year, totaled 598 yards on 57 catches with four touchdowns in his first three seasons on the Patriots. Harry was recently acquired via trade, where we gave up a seventh-round pick in 2024. He’s primed to turn things around in Chicago with ample amounts of opportunities coming his way from Justin Fields.

The Bears training camp calendar encompasses most of the remainder of their preseason, but as far as games go, we’ll play three preseason games in August. The first takes place on Saturday, August 13 against the Kansas City Chiefs at home, followed by an away game against the Seahawks on Thursday the 18th. For the teams final preseason game, they’ll face the Browns in Ohio on August 27.

Once the preseason concludes, the regular season will be here before you know it! The first game of the Chicago Bears 2022 season kicks off against the 49ers on September 11. And if that isn’t enough to get you hyped for the season, the team faces off against NFC North rival, the Packers, for Sunday Night Football in week two!