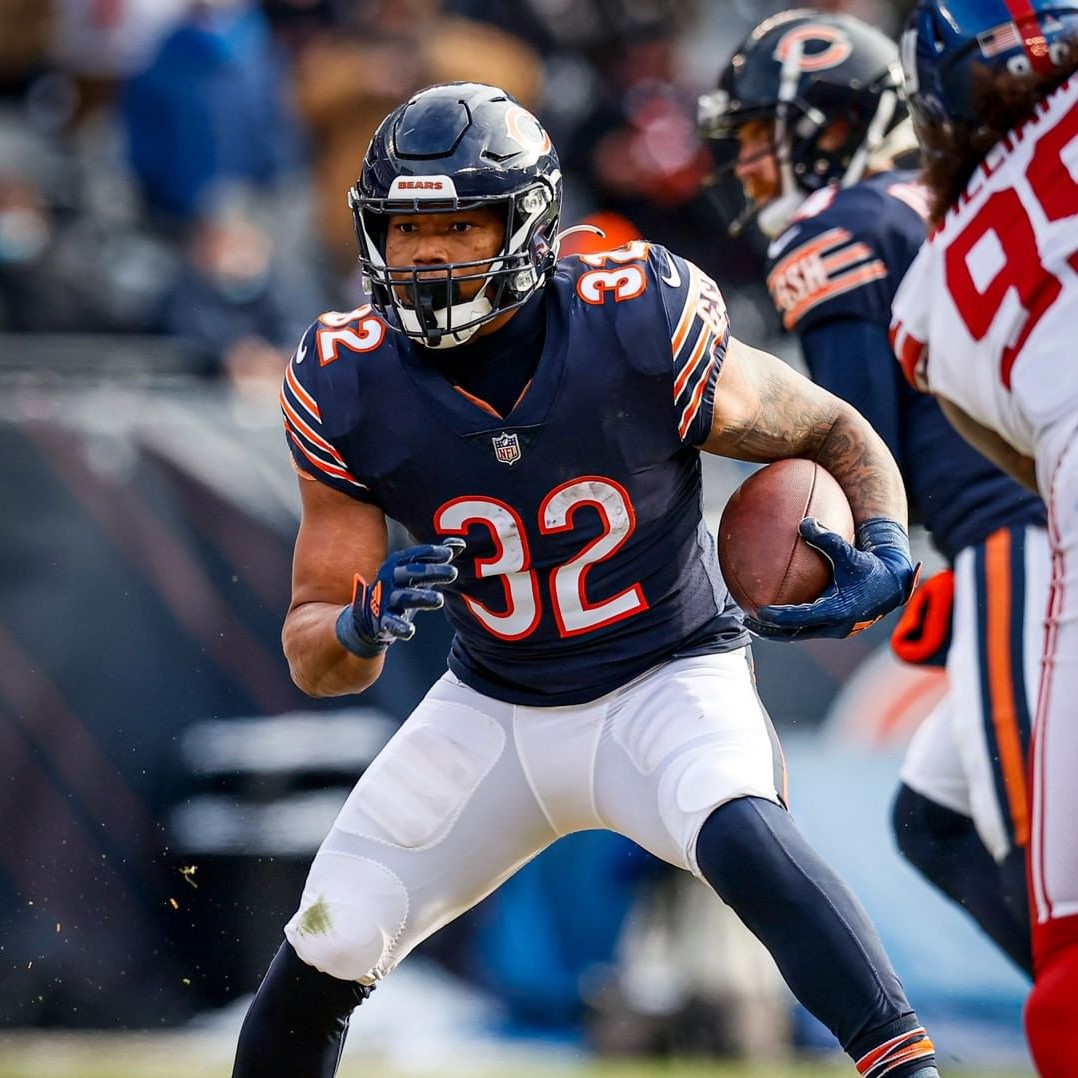 Gridiron fans rejoice: the NFL season is almost here! With the return of professional football, we’ll all be able to enjoy hour after hour of Sunday fun for the rest of the year. And we couldn’t be more excited for it all to start. The return of the NFL regular season means one thing near and dear to our hearts is coming back: fantasy football. So, without wasting anymore time, let’s dive right into our 2022 fantasy football guide to the NFC North!

Here’s how the format of our fantasy football guide works – we’re going to go through each NFC North team one-by-one, and with each team, we’ll be recommending certain players that could be worth going after in your fantasy drafts. Each player we mention will be classified into one of three groups: Must Haves, Potential Picks, and Sleepers. Must have players are guys who will make a big impact throughout the season and should seriously be considered if you’re able to draft them. Potential picks are players with potential to do well, but they might not be starters in week one. And finally there’s sleepers, who are guys you shouldn’t expect to contribute much, but they could offer a great return. Alright, now let’s really get into our fantasy football guide.

Up first for our fantasy football guide is the Detroit Lions. Despite going 3-13-1 last year, there are a couple guys on this roster who are must haves for fantasy teams.

Swift is a must for any fantasy football manager looking to have a solid RB1 on their roster. He’s poised to have a strong season and should be a focal point of the Lions offense. Swift managed to run for back-to-back 130+ yard games last November, and he should easily slot in as a top 10 back for 2022. Don’t forget to go after his handcuff, Jamaal Williams, as a backup to Swift in case he goes down.

In fantasy football, you either go after tight ends early to get one of the top producers, or you settle later on in the draft to find value. While T.J. Hockenson isn’t the best TE in the game, he’s one of those value picks that shouldn’t be ignored. Like Swift, Hockenson will easily crack the top-10 for his position, and he could provide as much upside as a top 5 tight end if the Detroit passing attack has a strong year. With the fifth highest rating in Madden for tight ends, he’s definitely the best option in the NFC North.

As far as sleepers go, Amon-Ra St. Brown is an extremely strong sleeper from the Lions receiver corps. ESPN wide receiver rankings currently have him at #20, so we have a hard time even calling him a sleeper pick. But, given how slow it might take for the Lions’ offense to get going, we’re keeping him down in the sleeper category with plenty of upside.

The Vikings are the next team we’ll cover in our fantasy football guide for the NFC North, with Dalvin Cook being one of two must haves on the roster. Coming off of his third 1,000+ yard rushing season in a row, Cook will look to provide tremendous amounts of scoring for fantasy owners once again. ESPN running back rankings currently have Cook sitting at #6, and he could easily move into the top-3 if he finds the endzone a bit more in 2022. You’ll definitely want to draft Alexander Mattison as Cook’s handcuff if you end up with him in your fantasy drafts.

Justin Jefferson is hands down one of the top-3 wide receivers on the board for fantasy football drafters in 2022. In his sophomore year last season, Cook saw a whopping 167 targets, which saw him grab 108 of them for 1,616 yards and 10 TDs. If Cooper Kupp wasn’t such a monster on the field, Jefferson would take the WR crown.

Depending on how much you value the quarterback position in fantasy football, Kirk Cousins could be your guy in 2022. He’s not a lock for a top-10 finish, hence the “potential picks” designation, but he’s got enough talent to provide mid-tier scoring with week-winning upside if he’s having a good game. ESPN quarterback rankings currently have Cousins as the 15th ranked fantasy quarterback.

If you would have asked us to label Adam Thielen a couple years ago, he’d easily fall into the potential picks category, and some years, he’d be a “must have”. But, after the emergence of Jefferson, Thielen is a strong sleeper wide-receiver pick that could add depth to your fantasy football roster. Plus, if the unthinkable happens and Jefferson goes down, Theilen would be up for some insane volume and opportunities. We wouldn’t wish for or count on that though.

Do we really have to go into this one too much? Rodgers lost one of the best wide receivers in the game to free-agency this past offseason, and we still aren’t even questioning him as a must have fantasy football quarterback. He’ll have to build some chemistry with a new WR1, but once that gets going, there’s no telling what could come out of the Packers’ passing attack. And even if he has to dump passes off to his running backs, they have plenty of talent to rack up yards for the stat-sheet.

Speaking of Green Bay backs, Aaron Jones is another must have player to go after for the Packers. He didn’t do as well as many thought he would in 2021, but now that Davante Adams is gone, Jones’ looks should go up both on the ground, and in the air. If you listen to our fantasy football guide and select Jones in your draft, you may want to consider handcuffing his backup AJ Dillion as a just-in-case.

Love it or hate it, most fantasy football leagues utilize the DST position on their rosters, and when it comes to NFC North defenses, the Packers are about as good as it gets. Like most NFL fantasy defenses, you’ll want to keep an eye on their matchup week-to-week to determine if they’re worth starting. But, according to ESPN’s DST rankings, the Packers are an easy top-10 finisher.

As fun as it would be to watch, no, Aaron Rodgers can’t throw the ball to himself. Allen Lazard appears to be the next-man-up after Adams’ departure, which means he’s a firm potential pick in our eyes. Even if he achieves half of the production that Adams did last season, he’d still finish with 61 catches, 776 yards, and 5 TDs. That’s not too shabby if you ask us!

The last, and hopefully not least, NFC North running back we’re going to recommend in our fantasy football guide is Bears’ back David Montgomery. With all the question marks for this team’s offense, Montgomery seems to be the guy they’ll lean in to as Fields continues to develop. He had a pretty strong season in 2021, where he managed to run for 849 yards and found the pay-dirt 7 times.

If we had more confidence in his passer, Darnell Mooney would easily jump up into the must have category. But, despite having a couple different signal-callers last season, Mooney still managed to eclipse 1,000 yards through the air. He definitely receives all the volume in the world, and now that Allen Robinson is out, he’ll look to add to that volume even more as the Bears WR1.

After a lackluster rookie season, Fields will look to turn his 2-8 record around and grow as the starting quarterback for the Bears in 2022. The amount of value he can bring with his legs makes him a no-brainer potential pick for us, and if he can connect on some deep throws to Mooney, well, he could offer some league-winning upside if you manage to steal him late in the draft. As diehard Chicago Bears fans, all we can hope is that Fields has the same success as Trubisky did in his second season. The athleticism and talent is certainly there for it to happen.