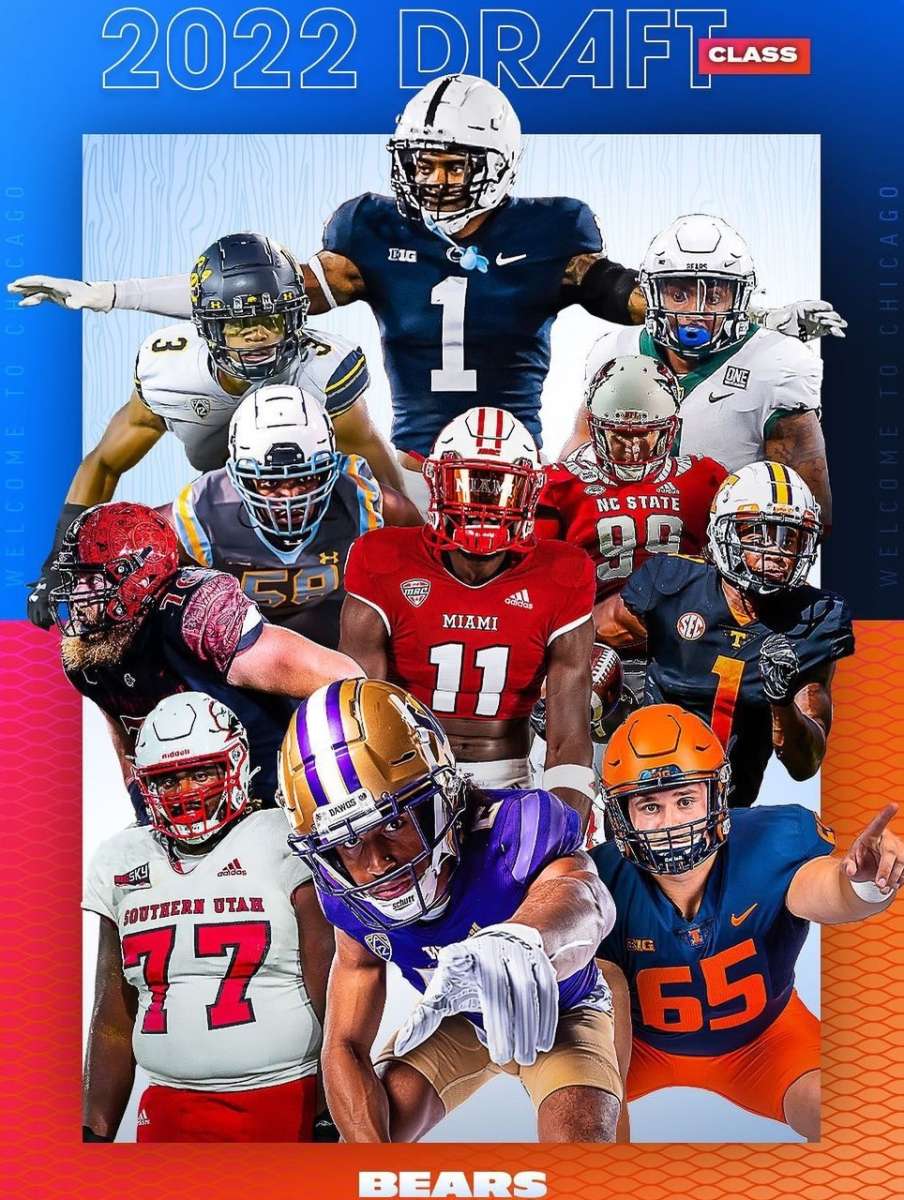 Chicago Bears Draft Grades: How Did Ryan Poles Do In His First Draft as GM?

Last weekend’s NFL Draft came and went faster than Tom Brady’s return from retirement. And despite the quiet lead up to this year’s event, the 2022 NFL Draft didn’t fail to make some noise once the clock started rolling. There were plenty of trades made on night one to kick the weekend off. Two of the bigger ones involved receivers A.J. Brown and Marquise Brown being sent to new teams. But around here, we’re only focused on one team and how they drafted. So, let’s dive right into some Chicago Bears draft grades for Ryan Poles first go-around!

Round 2 – A Secondary Rebuild

Our first set of Chicago Bears draft grades starts with the selections the team made in round 2 of the NFL draft. With the 39th and 48th overall pick in round two, the Bears looked to address some needs they had in the secondary.

For their first pick of the NFL draft, the Bears selected cornerback Kyler Gordon from Washington. Now, according to Poles, having Gordon available at 39 was something the team wasn’t really expecting. They ran a few mock drafts, and Gordon was only available with the 39th pick in one of them. Because of that, Poles essentially told everyone to ignore him, as it was better to act like he wouldn’t be there. That all changed on Friday night though. Gordon projects to have an immediate impact on the defensive with a skillset that’s suited to fit an Eberflus zone-defense. Over time, the team hopes he can develop into a full-time star in the secondary.

With their second pick, Poles and the Bears continued to build their secondary by selecting Jaquan Brisker, a safety from Penn State. Like Gordon, the hopes are that Brisker starts contributing right away on the field come gametime. The Bears are also super high on Brisker for what he can bring to the locker room and the team’s culture, as he’s extremely driven and has the traits of a leader.

For the second round, we’re giving out a strong A for the first of our Chicago Bears draft grades.

Up next comes the picks from rounds 3 and 5 for our Chicago Bears draft grades.

With their third round pick at #71, the Bears switched things up and selected Velus Jones Jr., a wide receiver from Tennessee. At 25 years old, Jones is an older rookie who has plenty of speed to do some damage in the NFL. The Bears are pretty high on him, and the rest of us fans should be too. Jones isn’t necessarily coming in as the #1 guy for Fields, but it doesn’t mean he can’t have some impact as a dynamic weapon for our young QB.

The Bears next picks in round 5 were two that they didn’t initially have coming into the 2022 NFL draft. After some savvy maneuvering by Poles, the Bears traded away picks 148 and 150 in the second round to acquire additional draft capital in the later rounds. This ended up with them having picks 168 and 174 in the fifth round.

They used those two picks to select Braxton Jones, an offensive tackle from Southern Utah, and Dominique Robinson, an edge rusher from Miami Ohio. Like many fifth round picks, Jones expects to develop as an offensive lineman before seeing serious reps as a starter. He has some promising speed, and one trait that you can’t teach, coach, or train for: arm length.

As for Dominique Robinson, this new pass rusher is another development project the Bears hope to mold into a starter down the road. He’s known for his athletic traits, and up until 2020 he played as a 6’ 5”, 252-pound wide receiver. How would you like to guard that? The rookie will have plenty of opportunity to learn and grow behind the Bears strong pass rushing core that’s lead by Robert Quinn.

For rounds 3 and 5, we’re going to go ahead and give the team a B- for the second of our Chicago Bears draft grades.

Last, but certainly not least, comes the six draft picks the Bears used in rounds 6 and 7. Initially, Poles only had one selection past round 6, with pick number 186. But, like we talked about earlier, he turned to trades to acquire five more picks in the latter rounds. Here’s who we selected:

That’s quite a few guys if you ask us. Let’s start with the sixth round picks:

Zachary Thomas is a young lineman Poles sees as a piece of depth that can develop into a starter down the road with his athletic capabilities. Trestan Ebner projects to make a splash on special teams as a return man. He had three kickoff returns in 2022 with Baylor. Doug Kramer was the Bears last selection of the sixth round. As a quick and smart center, the Bears hope to watch him grow and develop early in his career.

At pick 226, Ja’Tyre Carter is another o-lineman that will need to develop in order to produce in the NFL. What he lacks in speed, he makes up for in pure strength, size, and length. Elijah Hicks, the second safety the Bears chose in 2022, is a young prospect who will be competing for a roster spot in the Bear’s needy secondary. And finally, Trenton Gill, a punter from NC State who averaged 45.1 yards per punt his senior year. He’ll look to compete with Ryan Winslow for the starting job now that Pat O’Donnell is no longer with the team.

For rounds 6 and 7, we’re putting some weight on the sheer volume of picks and giving out another B- for this Chicago Bears draft grade.

All-in-all, we give the team a B for the last of our Chicago Bears draft grades. While they didn’t go all-in on some weapons for Fields, they did address plenty of important concerns at the secondary and o-line. While a lot of their picks came in the later rounds, the Bears should be hopeful that at least one or two turn into serious starters in a few years. It’ll be up to the new coaching staff to help the young additions reach their potential. But, with Poles and Eberflus leading the way, our hopes are high that us Bears fans will have a lot more to cheer for soon!