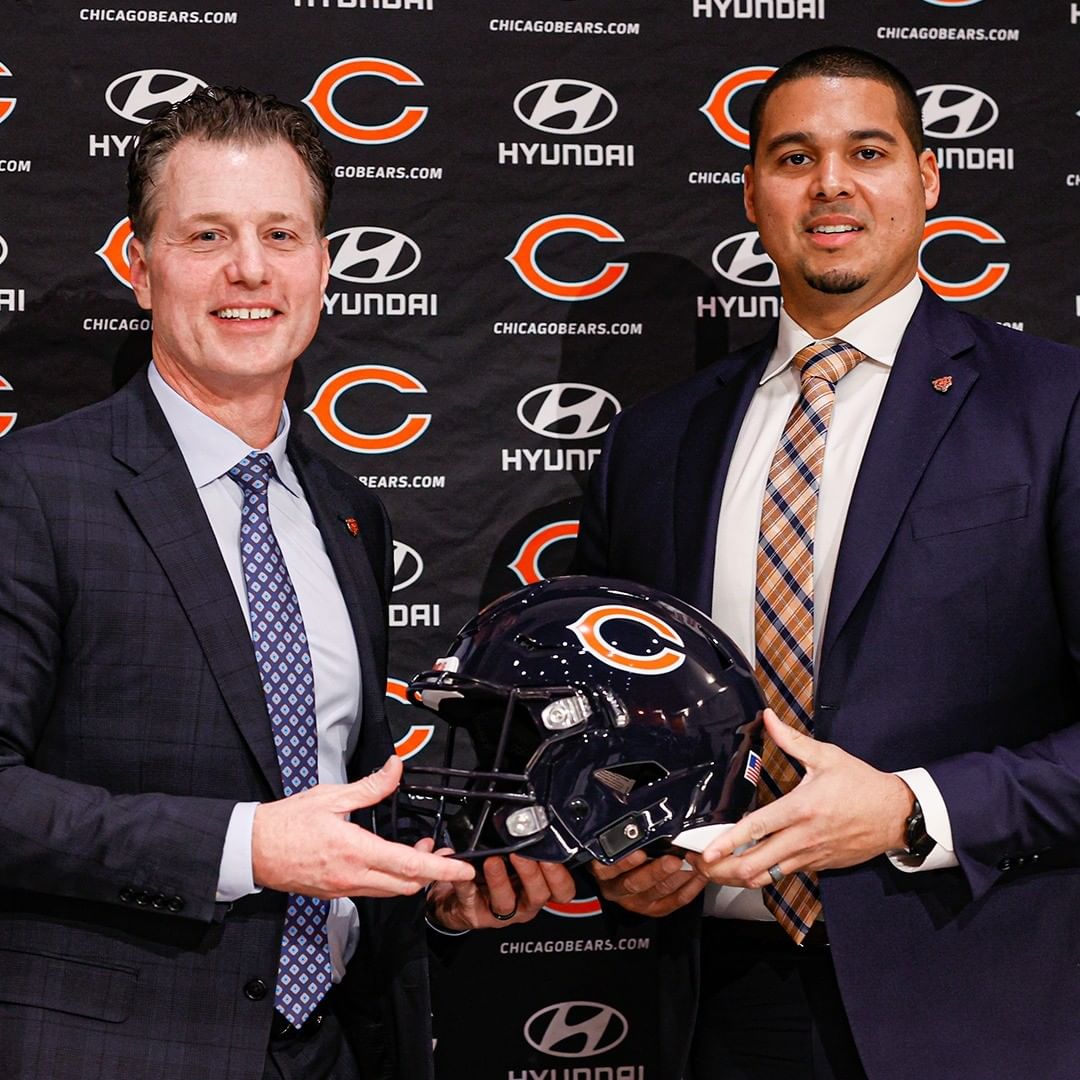 Ahh yes. The day has finally come to Chicagoland. After an extremely long season filled with questions about our leadership, the new Chicago Bears coaching staff is finally here!

Things don’t just end with the new General Manager and Head Coach positions we recently filled either. From top to bottom, the entire Chicago Bears coaching staff has received a fresh coat of paint. So, who are these new guys? Let’s find out!

Up first is our new General Manager, Ryan Poles. Poles comes to the Bears as the former Director of Player Personnel for the Kansas City Chiefs. He was the first new hire for the Chicago Bears coaching staff changes that have happened recently, and he was a great pick. If holding a higher position on the 2020 Super Bowl winning Kansas City Chiefs franchise doesn’t make you a believer yet, maybe a Hall of Famer’s opinion will convince you. Earlier this week, Tony Dungy appeared on the Under Center podcast where he said he thinks Poles will be sensational for our team, and that we should expect big things going forward.

Next is new Chicago Bears Head Coach, Matt Eberflus. Eberflus joins our team after spending time on the Indianapolis Colts as their Defensive Coordinator. The defensive focused head coaching mindset is a new one for the Bears. But, when it comes to our team and the output we see on gameday, a little bit of change might not be the worst thing. Erik Lambert of Sports Mockery points out how Eberflus comes from a great coaching tree and has his own record of success to show for it. He thinks he will be able to handle the pressure of our city, and we like to think so too.

The next Chicago Bears coaching staff hire for this year is new Offensive Coordinator, Luke Getsy. For a team like the Bears who are completely rebuilding their coaching staff, you can’t do much better than Getsy. In recent years, Luke Getsy was the Quarterbacks Coach and Passing Game Coordinator for the Green Bay Packers. That can only mean good things for Fields’ development, right? If you are a former All-Pro Center for the Packers named Corey Linsley, you would say it does. When asked about the Getsy as the Bears new OC, Linsley only had positive things to say, “I’d bet the house on him to advance Justin Fields and help him grow. I couldn’t think of a better guy to help a young quarterback grow.” We love to hear that.

About a week ago, the Bears announced the hiring of their new Defensive Coordinator. And if your name is Alan Williams, then, congrats on the new role!

Alan Williams has more than 20 years of experience in the NFL with most of his roles coming as a defensive backs coach. His most recent stint was with the Colts like Eberflus, and he’s not the only guy coming from that franchise. With decades worth of coaching experience that spans multiple levels and organizations, there’s plenty to learn about Williams. He has quite the record and we’re excited to see what he’ll bring to the defensive side of the ball for our team.

This next Chicago Bears coaching staff change involves the Special Teams Coordinator position. To fill that position, the Bears turned to former San Francisco 49ers Special Teams Coordinator, Richard Hightower. Hightower spent five years with San Francisco, and he was part of the 49er’s upset of the Packers in their playoff game this year. Seriously, if you need any evidence that he’s our guy, look no further than this perfectly executed special teams play while considering how that game ended. Hint: it was a game-winning field goal by special teams kicker Robbie Gould.

The Quarterbacks Coach s a crucial position in any franchise, especially one with a young and talented signal-caller like the Bears. Because of the, the Bears decided to go with former Vikings Quarterbacks Coach, Andrew Janocko. Last year was his first in the position, and he helped lead Kirk Cousins to the 4th highest passer rating in the league with only 7 interceptions all season. When the Chicago Sun Times examined the recent Bears coaching staff moves on the offensive side, they were quick to point out Janocko’s success with Cousins and red-zone expertise. Needless to say, we can’t wait to see what he does with Fields.

We’ve examined quite a few new hires to the Chicago Bears coaching staff, and surprise, there’s more! Tyke Tolbert was added on as our Wide Receivers Coach and Passing Game Coordinator. Jim Dray recently joined us as our Tight Ends Coach to help develop Cole Kmet and Chris Morgan comes to the team as our new Offensive Line coach.

On defense, two more former Colts coaches made their way to Chi-town. They are, Linebackers Coach, Dave Borgonzi, and Defensive Backs Coach, James Rowe. Check out the BearsWire to learn more about these new pieces and to keep track of any future additions. With all the changes, it’s clear that both Poles and Eberflus came to Chicago with a well thought out plan. Now, it’s time to watch them execute!