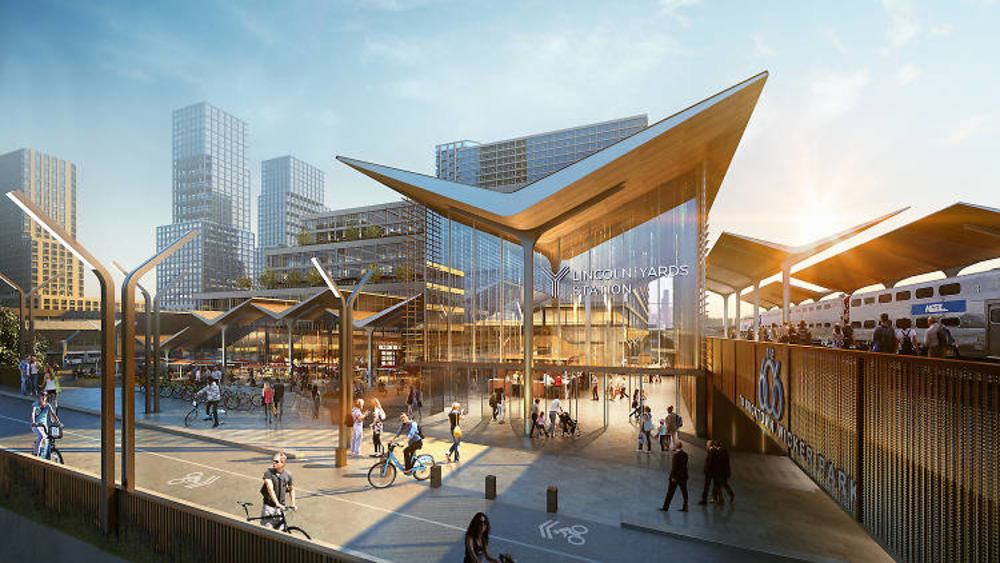 When our benevolent overlords at Amazon.com announced that Chicago was one of 20 North American cities in contention to host their new headquarters (affectionately referred to as HQ2), there was only one question on our minds – where?

And though many a location has been offered up as sacrifice to Amazon-owner Jeff Bezos and his 700 BILLION dollar kingdom – including the old McDonald’s Headquarters in Oak Brook  – after seeing the unbelievable renderings for the new Lincoln Yards development, we’re gonna have a hard time taking any other potential properties seriously.

The 70 acre space that used to house the A. Finkl & Sons Steel Plant – now known as Lincoln Yards – is getting a complete makeover by owners Sterling Bay, and it honestly looks sooooo cool.

In addition to beautiful new parks and walkways on the Chicago River, future amenities include a sick looking skate park and climbing wall, a dog park with what I’m pretty sure is a pooch sized Crown Fountain, an extension of the 606 trail (finally), and a newly refurbished – and ultimately relocated – Clybourn Metra station.

Seriously – when do we move in?

Of course, with a price tag estimated at as high as $10 billion and no current approval from 2nd Ward Alderman Brian Hopkins, the new Lincoln Yards certainly isn’t in development. Yet.

But whether Amazon and Bezos decide to lock onto the space or not – rumor has it the selection team will be in Chicago this week to visit each proposed site – the Lincoln Park land is slated to be transformed in the next few years regardless.

For more information on the Lincoln Yards development, head to the Sterling Bay Website here.