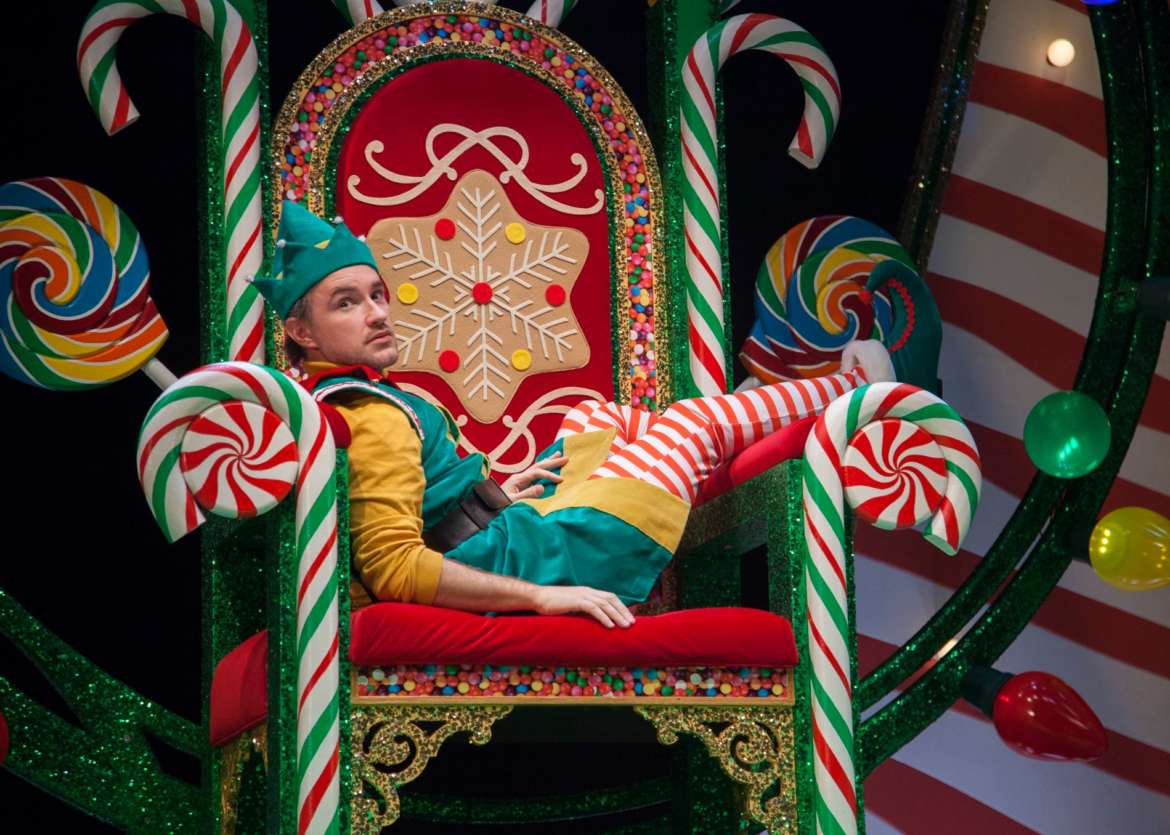 7 Holiday Shows to See in Chicago This December

The holiday season is finally upon us and taking over Chicago! Lights have been strung throughout the city, the ice skating rinks are open to the public, Macy’s has bedecked their legendary holiday windows, and the Christkindlmarket has filled the city with hints of cinnamon and hot cocoa. But best of all? Chicago’s best holiday shows are running all month long.

With the holiday cheer swirling throughout the city, it’s hard not to want to join in on the fun! If you’re looking for a great seasonal activity for your family (and a few for your adult friends), here are seven holiday shows that are sure to delight!

A Charlie Brown Christmas takes the beloved classic holiday special and brings it to the stage. All of the Peanuts gang is accounted for, including Charlie, Snoopy, Sally, Linus, Pig-Pen, Lucy, Schroeder, Marcy, Peppermint Patty, and even Woodstock! After the show, stick around as the cast weaves their way through the audience as they lead a sing-along to some of the holidays’ greatest hits. A Charlie Brown Christmas will have two performances at the Rosemont Theatre on December 14th at 1 pm and 5 pm. Tickets can be found online!

A classic Christmas story of the magic one family experiences, The Nutcracker is brought to life again this year by the Joffrey Ballet. Running through the month of December, the show promises to continue wowing audiences with the story that begins on Christmas Ever 1892, just months before the 1893’s World’s Fair. As a normal Christmas Eve turns to something spectacular, watch as sugar plums dance, nutcrackers leap and magic unfolds. Shows will not happen on Christmas Eve or Christmas Day. Tickets can be found online!

If you’re looking for something a bit off the beaten track, and a little bit raunchier, The Santaland Diaries is back again this year at the iconic Goodman Theatre. Based off of the short story by memoirist David Sedaris, the show follows an out of work actor as he takes a job at Macy’s during the holiday season to make ends meet. It’s a show that’s sure to make the naughty list with its less than nice observations about the holiday shopping season. The show will run from November 29th to December 29th. Tickets can be purchased for this snarky show for “mature elves” online!

Charles Dickens’s classic story of Ebenezer Scrooge and his journey through Christmas Eve with the ghosts of Christmas Past, Present and Future is beloved by audiences around the world. Thankfully, here in Chicago, the tale’s run at the Goodman Theatre is about as traditional to the city as the Macy’s holiday windows! Running now through December 29th, this production will dazzle attendees with song and dance, delightful special effects and performances that are sure to warm hearts. Join Ebenezer, Tiny Tim, and the whole Cratchit family as the spirit of Christmas brings everyone together. Ticket information can be found online!

If you love A Christmas Carol, but want to see an updated version of the classic tale, the Chicago Shakespeare Theatre has you covered. The Q Brothers Christmas Carol takes everything you love about the Dickens tale of redemption, rebirth and Christmas spirit and puts a DJ-spin on it. In this fast-paced version, the heart remains, but the beat changes. Filled with rapping and hip hop beats, dancehall tracks and “epic rock ballads”, this twist on A Christmas Carol will be a show that shouldn’t be missed. The show will run from November 29th-December 23rd at the Navy Pier theatre. Tickets can be found online!

The Buttcracker: A Nutcracker Burlesque©️
The Den Theatre

The Buttcracker: A Nutcracker Burlesque©️ tells the story of Clara, a humble office admin and believer in body and sex positivity. Charged with the planning and executing of the office holiday party, she hires a dancer named Drosselmeyer to entertain her coworkers. But when the dance causes her to lose her job, she doubts whether there’s a place for her in the real world. Seeing her despair, Drosselmeyer gives her a gift of a tiny Nutcracker. Lodged inside its mouth she finds a hidden piece of candy that upon consumption, whisks her away on a wild hallucinogenic trip from the boring-A(s)F(u*k) holiday party to the jazzy, seductive, and luscious underground world of the Land of the Sweets, where she meets her life-sized Buttcracker. Together they battle the Rat King, save the day, and Clara receives her confectious rewards from a host of characters, featuring the best in Chicago’s burlesque and variety scene. In the end, Clara learns that her sensual, sexy self is nothing to be ashamed of, but celebrated.

Get your tickets online today!

If you’re looking for a fun night out at the theatre during the holiday season, but want a break from the festive cheer, Potted Potter is the perfect choice. The show takes audiences through all seven of the Harry Potter books…in just 70 minutes! This hilarious romp through the beloved book series will have audience members rolling in laughter while also agreeing with observations made by the two actors onstage. Audience participation is also heavily encouraged in Potted Potter! The show will run at the Broadway Playhouse at Water Tower Place from December 11th through January 5th. Tickets and more information can be found online.

The city is brimming with live theater that will entertain families, friends, couples and everyone else in between this holiday season. Whether you go classic with The Nutcracker or the Goodman’s Christmas Carol or you try some modern fare with The Santaland Diaries or Q Brothers Christmas Carol, you’re in for a limited time, holiday treats with any of these shows!