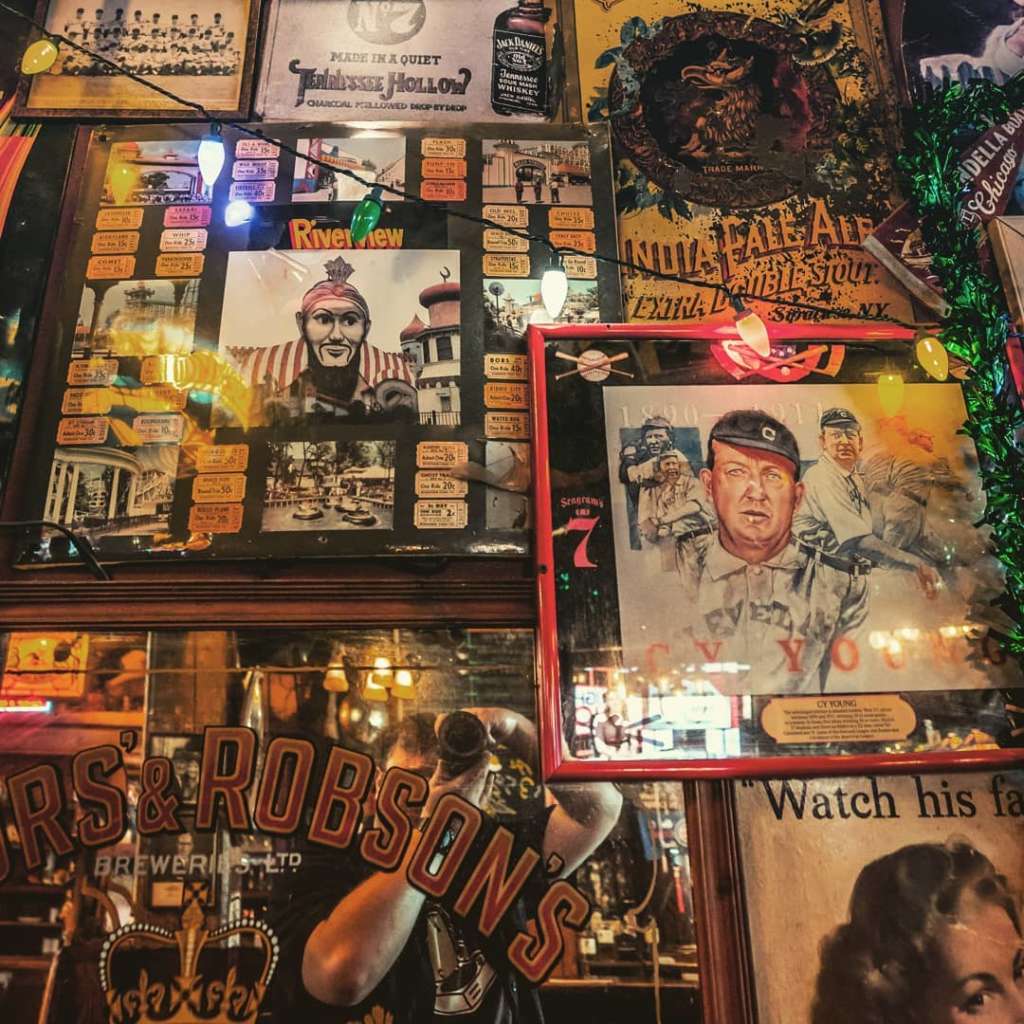 Yelp is the ultimate go-to place for finding unfiltered reviews about Chi-Town’s haunts, dive bars, clubs, and restaurants. And within those comments are some prize-worthy mentions, that’ll leave you laughing, confused, or surprisingly in agreement.

From those who take the time to write hilariously-detailed comments, here are Chicago’s most legendary reviews. Some of these might talk about your favorite or least favorite spot.

Yelp Quote: “Like this isn’t Vegas, it’s a place called Tunnel. Because that what this is. A tunnel. Had about 9 different drinks spilled on me during the night. And for a River North location.. crowd was suspect. I’m talking I felt like I was in a episode of Oz.. everyone looked newly released from Rikers. Hoe game was strong of course, and It was very hard for me to Twerk to “Who let the Dogs Out” when your bent over, turn to the left, only to see a child going through your purse trying to rob you blind, while you gettin in on a 4by 4 dance floor. DJ was deaf cause the music bogus, and I could smell the STD’s in the air. Wanna know what the clap smells like? Once you battle the door man, stick your nose in and smell the magic that is Tunnel.” -Molly F.

Yelp Quote: “Granted, it was early in the evening, so the skinny-jeaned hipper-than-thou crowd had not yet emerged from their dank garden apartments and mumble-mouthed band practice spaces to crowd the bar, and we were actually not wearing anything “distressed” or anachronistically branded for weakly ironic poseur cred.”

Yelp Quote: “It is very difficult to write a yelp using Christmas light signals, but I’ve been stuck in the upside down ever since visiting their Stranger Things popup bar twice. Send help.”

Yelp Quote: “Yo, check this out. I walk in this b**** and first thing I see is a crackhead holding a 2 liter orange crush soda. Then I look at the register and see some weird looking figure. I was like “yo wtf?”” – Jay E.

Yelp Quote (that may or may not be talking about the same person): “While eating there, some dude, whom others might call “homeless”. Lit up a cigarette in the restaurant area.  Also notable: he had a boombox in a plastic bag playing motown music. The music would have been fine if it didn’t endlessly skip around and restart. BUT, there is a 15-minute standing zone outside.  So if you are in the area, be sure to swing by, throw on your flashers, and patronize a nearby store. Sammy’s probably pays for the standing zone, so please use it if you are in the area.” – Robert G.

Yelp Quote: “This bar has got a serious gangsta lean to it. No, literally, the foundation has shifted causing the entire place to lean a little. Call it character. Call it a buildng code violation. I call it, a good time.” -Lynn R.

Yelp Quote: “After a few drinks, this travesty of a bar begins to resemble a funhouse: it’s got scary carny-type people, goofy fucked-up floors, loud noises (actually just incomprehensible music with the fader maxed out), hilariously out-of-place sea creatures, and a generally rapey-vibe.  Galway’s is the kind of place you might go home and have nightmares about.” – Eric S.

Yelp Quote: “Are you clinging to this night like it’s the last of your life? Is the bar closing but you can’t remember where you live? Do you crave Jell-O shots but no longer attend a state school? Big City is the place for you, friend! I even got married here once by a homeless man. I kept saying no, but he did it anyway. Ah, Big Sh*tty, creating and destroying memories since whenever it opened (I have no idea how long I’ve been drinking here because I’ve been drinking here too long).” – Brynn C.

Yelp Quote: “We walk in and there’s no one in there (granted it was 3 pm) and it was dark and dingy and I really felt like I walked right into the beginning of some sort of cross between my Grandparent’s basement and a low budget horror film. I even mentioned out loud ‘We’re probably going to get murdered in here.'” -Chris L.

Yelp Quote: “Like the other have said…how this joint stays in business is beyond me.  I live around the corner and go for a few PBR’s when I dont want to be found sometimes.  In 5 years I have never seen more than 3 people in the joint (including the bartender) at the same time.  Once in the dead of winter my drinkin’ pal dave and I started there around 7PM..we left cuz it was freezin cold in there and no action…surprise surprise…so we left.  Had to go back ten minutes later cuz I forgot my gloves…the barmaid had turned the heat on after we left.  That kinda explains the place” -Erika G.

Yelp Quote: “This is THE dive bar.  I wish this place were a secret but the hipsters discovered it some time ago.” – Kendrick W.

Yelp Quote: “Do not go here before, during, or after Cubs games unless you enjoy frat parties of extraordinary douchery. 80% of the occupancy here are guys who can’t put their college life behind them because being able to do the most keg stands at a party is about as much as they are going to amount to in life.” – Ian O.

Yelp Quote: “I’m all for a diverse crowd. But when most of the people are showing up at 3am already hammered drunk from elsewhere, it equates to a substantial amount of douche baggery. If there is an upside, I’d say it makes for good people watching. I’m pretty good at labeling people. Just by surveying the crowd, I seen drug dealers, rapists, neo-nazis, thugs, truckers, cab drivers, and the usual way too drunk girls” -Mark. G

Yelp Quote: “I arose this morning at around 1 pm. I walked to the bathroom as I normally do for my morning pee. As I stood there staring at the porcelain toilet seat I noticed something disturbing. I noticed something that has changed me forever in the most deep and profound way that something can change a person. There was a streak of dried sh*t across the back of the toilet seat, and it belonged to my roommates’ girlfriend. As I got onto my knees to scrape the most recently deposited fecal matter off of the toilet seat I thought only one thing. THANK GOD I’m not at Bacci Pizzeria.” – Daniel G.