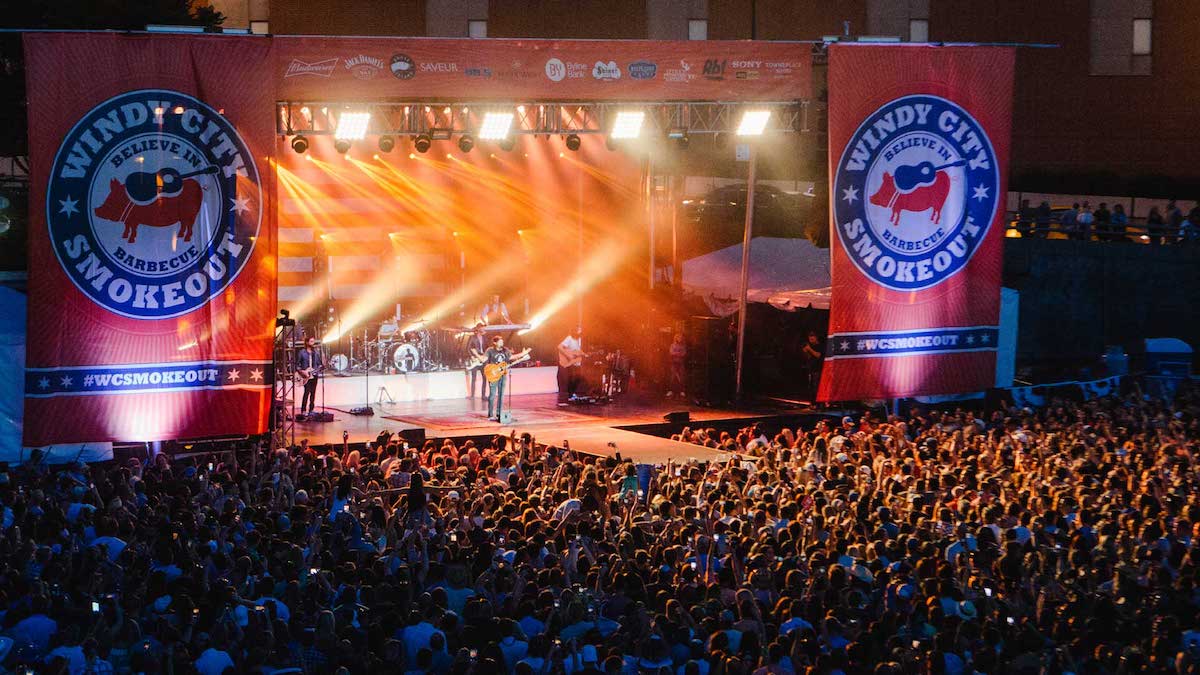 Every single year Windy City Smokeout is the talk of the summer. It’s arguably the city’s most popular music festival. Even for folks, like this writer, who do not care much for country music it’s a good time. It’s the perfect marriage of food, beer, energy, and, yes, music. All things considered it is decidedly better than any other music festival downtown. The Windy City Smokeout 2022 lineup, dates and ticket information was released this week so let’s dive in and see who will be in attendance and how you can get tickets to check them out.

Hosted by popular barbecue joint, Bub City, and ACM award-winning Joe’s Bar, Windy City Smokeout will be returning to the iconic United Center parking lot. The arena’s north parking lot is transformed into the world’s coolest outdoor cafeteria on one end and a perfect open air music studio on the other.

I will never claim to be a country music aficionado but I’ll be damned if I didn’t say it’s pretty cool that Willie Nelson will be there. The stage isn’t the only thing that’ll be lit up that night.

Single day passes are now available and are currently listed as follows:
If you’re looking for more information on Windy City Smokout, visit the website at www.windycitysmokout.com. You can also follow along on Instagram for rolling updates heading into the summer.
Featured Image Credit: Windy City Smokeout
Advertisement
Share this post: