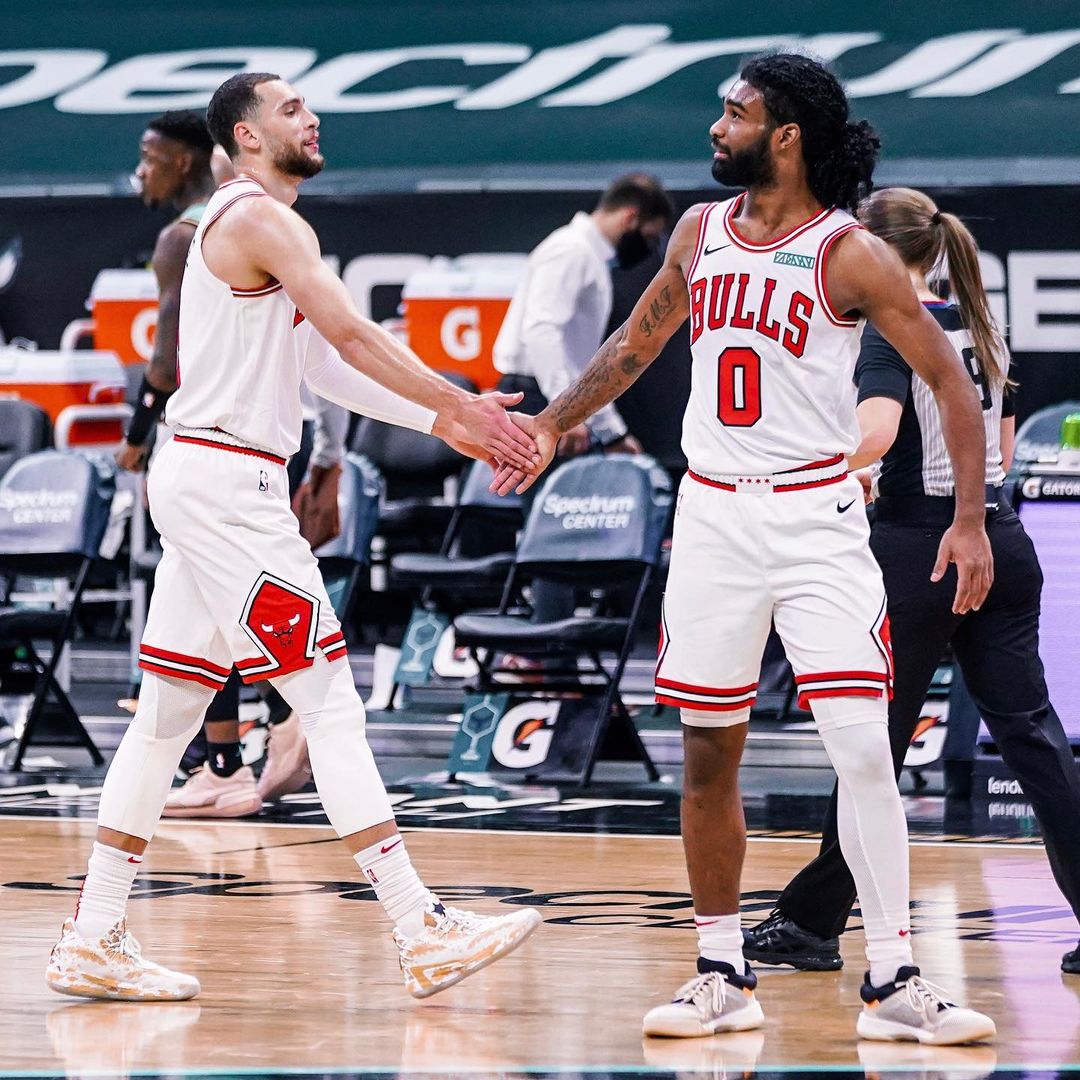 Will the Chicago Bulls Make the Playoffs this Season?

As we approach the quarter mark of the NBA season, it’s not too early to start looking towards the playoffs. For our Chicago Bulls, making it to the postseason should be an attainable goal for this year’s squad. However at their current pace, they’ll be on the outside looking in. Through 17 games, the Chicago Bulls are 7-10 and sit at the 11th spot in the Eastern Conference standings. They’ll need to move up to the 8th seed to get in. The current team at that position is the Tom Thibodeau-led New York Knicks. Even the most casual of basketball fans would put this Bulls team ahead of the Knicks. We certainly think they are, and we’re here to break down everything that needs to go right for the Chicago Bulls to make the playoffs this year.

Winning. It’s easier said than done. But, in order to make it to the NBA playoffs this summer, it’s what this Chicago Bulls team will have to do more of. Currently, the Eastern Conference standings are:

As you can see, it’s a pretty tight race outside of the top five teams who are a near lock for the postseason. This means the Bulls only real competition is the Hawks, Cavaliers, Knicks, Magic, and Raptors. And they’re all competing for the next three spots.

The Chicago Bulls can certainly get the job done with the right mindset. A few weeks ago, coach Billy Donovan gave postgame comments saying, “They want to win. They don’t know how to.” And there might be some truth there with this young team. Donovan’s remarks came after the Bulls lost 127-125 to the Oklahoma City Thunder in OT. In the game, the team blew multiple double digit leads and allowed the Thunder to steal a victory. The key culprit of the loss was the amount of turnovers the Bulls gave up, something that has been a theme to start the season. If they can get it together and stop leading the league in turnovers, they’ll have no problem grabbing one of the last three spots in the Eastern Conference.

Looking Ahead on the Bulls Schedule

A 7-10 start might not have been what the Chicago Bulls hoped for, but it’s what they’re left with. While it’s important to learn from their mistakes, it’s also important to not let the early struggles linger into the rest of the season. Up next on the teams schedule is a Saturday night game against the Portland Trailblazers. The following four games will be an important stretch for the Bulls. They have two 2-game series against the Knicks and the Magic. And as you can see above, those teams sit at spots 8 and 9 in the standings. By the end of next week, there’s a good chance this team will be well above the cutoff line. And if that happens, we can only hope they keep the momentum going.