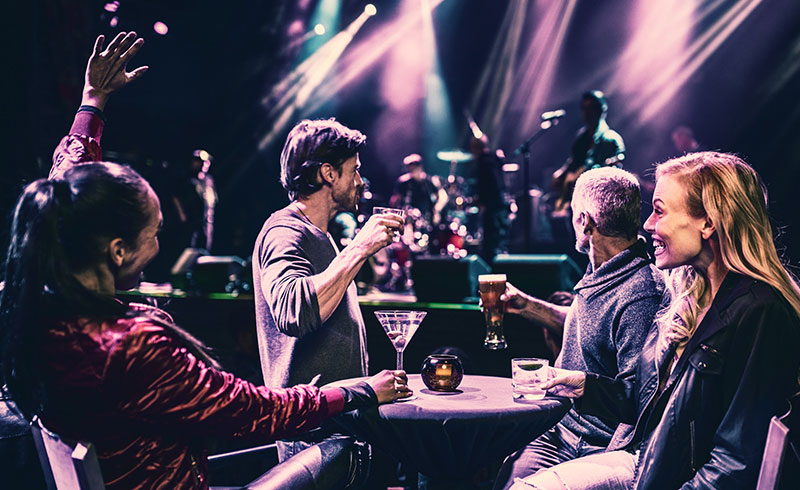 Where to Catch the Best Live Shows in Chicago

It’s no secret that Chicago contains some of the country’s most outstanding small music venues. From lavish opera houses to former speakeasies to laid-back dive bars, Chicago’s music venues create some of the most unique atmospheres to experience live performances. Plus, many of these venues have shaped the communities they occupy, embedding themselves in the neighborhood’s culture. So, if you’ve had too much of real life lately and want to step away, why not come to one of our favorite venues for the best live shows in Chicago?

In the heart of Wicker Park, Subterranean is a historic venue built in the 1890s atop prohibition-era tunnels. Their long-running Reggae Gold nights on Thursdays, hip-hop open mic on Tuesdays, and various musical guests make the venue a Chicago icon.

A post shared by House of Blues Chicago (@hobchicago)

Chicago’s own House of Blues honors the legacy of Blues music in the city. Built in a European opera house style, the building’s opulent architecture meets down-to-earth decor. The River North venue also houses a restaurant and bar with a Southern-inspired menu.

A Pilsen neighborhood landmark, Thalia Hall played a significant role in the livelihood of the neighborhood throughout the 1900s. Designed to resemble a Prague opera house, the community treasure presents an array of musical artists on its stage.

Lincoln Hall is an intimate music venue located in the Lincoln Park neighborhood. Its wrap-around mezzanine and small standing area offer an immersive experience for you to discover your new favorite artist or band. Before the show, grab a drink at the cocktail bar outside the stage.

An unassuming dive bar from the outside, The Empty Bottle has hosted a long list of bands before they were famous. Bands such as Vampire Weekend, the Yeah Yeah Yeahs, and the Strokes have all played inside the indie-rock establishment. The Empty Bottle is located in Ukrainian Village on Western Avenue.

Schubas Tavern hosts standout performances from around the country, a staple in the Lakeview neighborhood, with genres such as indie rock, folk, and country. Its casual atmosphere makes it a great place to relax and grab a bite to eat.

The Hideout is a beloved Chicago music venue tucked away between factories and warehouses. A prohibition-era speakeasy, The Hideout carries the same secretive ambiance from its past. Catch a live performance of music, theater, talk shows, and more at this legendary music venue.

Distinguishable by its iconic green marquee sign, the Green Mill Cocktail Lounge was once a hangout for mobsters like Al Capone. The former speakeasy now hosts live music seven nights a week, from traditional jazz to swing orchestra in a vintage space. Besides music, the venue also hosts poetry slam on Sunday nights.