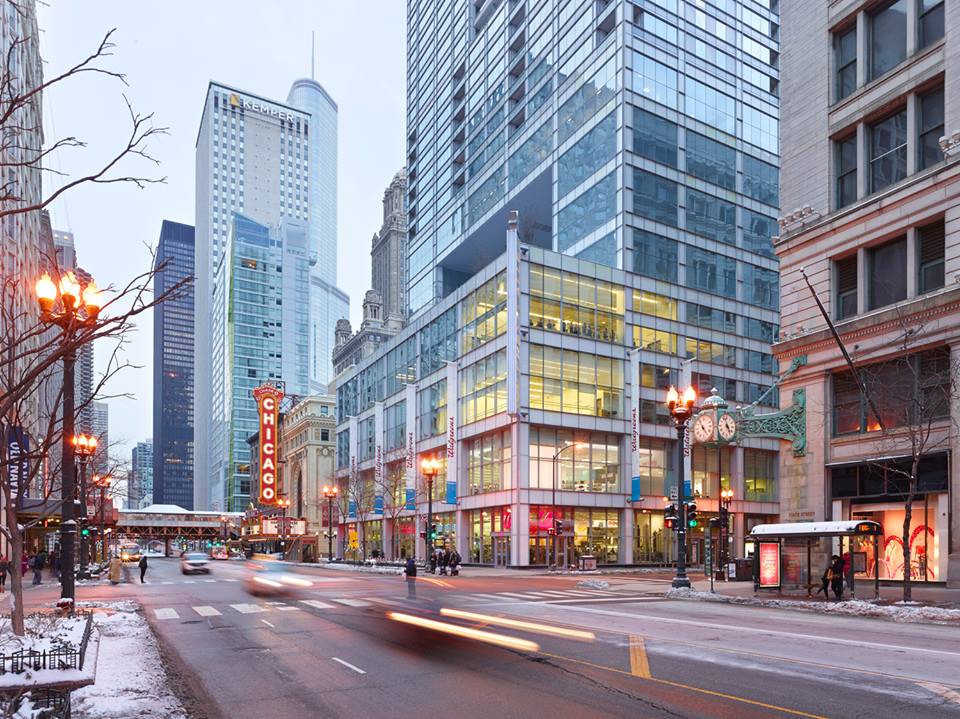 Chicago’s got some pretty strange history, and it can get a little muddy figuring out what’s fact and fiction. So we’ll move from the tamest to the most outrageous narratives to help you keep your head on straight.

These are the weirdest stories that have surfaced from Chicago’s massive history.

Ah, look at this sexy bunch of OG hipsters. I can smell the testosterone and overcompensation from here.

Founded in 1870 as Chicago’s first professional baseball team, the White Stockings were the start of it all. They were the first to enter the National League and even bore similar white and black uniforms to the ones the White Sox wear today (but with bowties, apparently). However, in the early 1900s, they somehow adopted the nickname “the Cubs”, which was clearly more attractive than their poor first excuse for a team name (#sorrynotsorry).

However, in 1903, another team craved to enter the world of professional baseball. Working under the condition that they could not bear “Chicago” in their team name, the nickname “White Stockings” resurfaced for the second baseball team in Chicago history. After a few years, it’s said that newspaper headlines simply shortened the name to the White Sox, and the rest is history.

Yes, I just delved into a semi-long story only to tell you that both the Cubs and the White Sox did indeed originally bear the name, White Stockings. Kinda weird, kinda cool. Either way, we now have two rival teams in our great city and it seems like everyone is okay with this, which, in my humble opinion, is the weirdest bit of all.

Everybody clap your hands!

Oh yeah. That classic favorite everyone gets down to at the bars because it reminds you of high school dances and an age of innocent grooving we can never get back *sigh* (or is that just me?). That song was written right here in Chicago.

DJ Casper, also known as Mr. C the Slide Man, is the South Side creator of this masterpiece, dating the song back to 1999. If you’re still in denial about how quickly we’re growing up, the fact that this old-school jam is aged nearly 20 years now might make you come to your senses.

The best part about this whole story? WGCI was the first to pick up the song. What started as an aerobics workout follow-along (which explains how frickin’ long it is) became a classic overnight when 107.5 FM began playing the song after receiving an overwhelming number of requests for it. Yes, we’re all kind of sick of it by now, but c’mon. A classic is a classic. And we’re happy to give all of our respect to DJ Casper.

Whether you think they’re utterly disgusting or the best desserts you’ve ever tasted, these Hostess phenomena were cultivated first in Schiller Park, just northwest of the city.

I didn’t know this, so you might also be surprised to hear that the Twinkie dates back to 1930. It’s been a staple in American lunches and served as the media’s comic relief for the past 88 years, and now that we know how utterly terrible they are for you, we’ve stopped eating them.

Fun fact, though, the frosting in the middle used to be banana cream before World War II when bananas were rationed. Since then, they’ve been filled with vanilla, and everyone fell in love all over again.

They peaked in the ‘50s, probably, when sugary, artificial foods were in their glory days, and have since been noted as some of the worst foods (if we can call them that) for you. They’ve even been used in court as proof of depression (see: Twinkie Defense). Nevertheless, they continue to be popular, even if everyone knows they’re shit.

As far as weirdness goes, this one’s as hard to believe as it gets, considering its mythical implications. Keep an open mind, though. We’ve finally put a (possibly) real-life Batman to our real-life Gotham City.

Over 50 sightings of flying human-like figures were reported in Chicago just last year, and the numbers are already piling again this year. Whether this is some massive conspiracy or not, there’s just no telling what these strange shapes could be.

There are a few things to consider if we’re going to get real about this for a second. One, do we really believe that everyone calling in is legit? It’s pretty strange that a bunch of random people would organize a series of supposed sightings over the course of a year, but that doesn’t mean they didn’t. At the same time, there’s no found connection between the sightings, except that they mostly happen over Lake Michigan. Another thing you have to wonder is whether everyone who’s spied these humanoids are drunk, high, delusional, tired, or otherwise mentally impaired, which could be the easiest explanation. Also, what if they really are simply a group of large bats, and they just happen to be larger than we thought possible?

Some appearances of this giant winged figure include it swooping down on walking passersby, landing on top of cars with a large thud, taking off from the Sears Tower (oh, I’m sorry. Willis. But you guys knew), flying low above the lake, and even doing an airborne dance with another flying humanoid. So there could be more than one if these are real beings.

Okay, that’s enough, I’m going out of my mind with conspiracy theories right now. If you want to do more research yourself, be my guest or just Google “Mothman Chicago”.

This one’s super crazy and sad, so we’re going to have to go slow. It’s a sensitive subject, tbh, especially if you’re a little squeamish, so this is your official warning to stop reading if you can’t handle it.

What is currently known as Chicago’s Greenest Alley was once a haunted place. Or possibly still is. Nobody knows.

Now the main walkway next to the Oriental Theatre, Couch Place Alley used to be adjacent to the Iroquois Theatre, which hosted only one production in its lifetime. During this show in 1903, a stage light shorted and sparked, setting fire to the curtain and quickly spreading doom throughout the theatre. Though everyone tried to make a break for it, there were some major holes in the building design, like how all the fire escapes were unlabeled, locked, and opened inward (WTF???), and the second-floor fire escape over Couch Place Alley was unfinished (what genius designed this place?). So, either by failing to make it outside or by jumping to the alley below out of desperation, over 600 people fell prey to the mercy of the flames that night.

Which were merciless. Obviously.

So anyway, Couch Place has now been refurbished and hosts summer parties through ACTIVATE (not creepy at all), but that’s still a pretty crazy story to have happened in the middle of the Loop, even if it was over 100 years ago. They say it’s still haunted, so depending on how superstitious you are, I’d steer clear of this alley if you ever find yourself there alone.