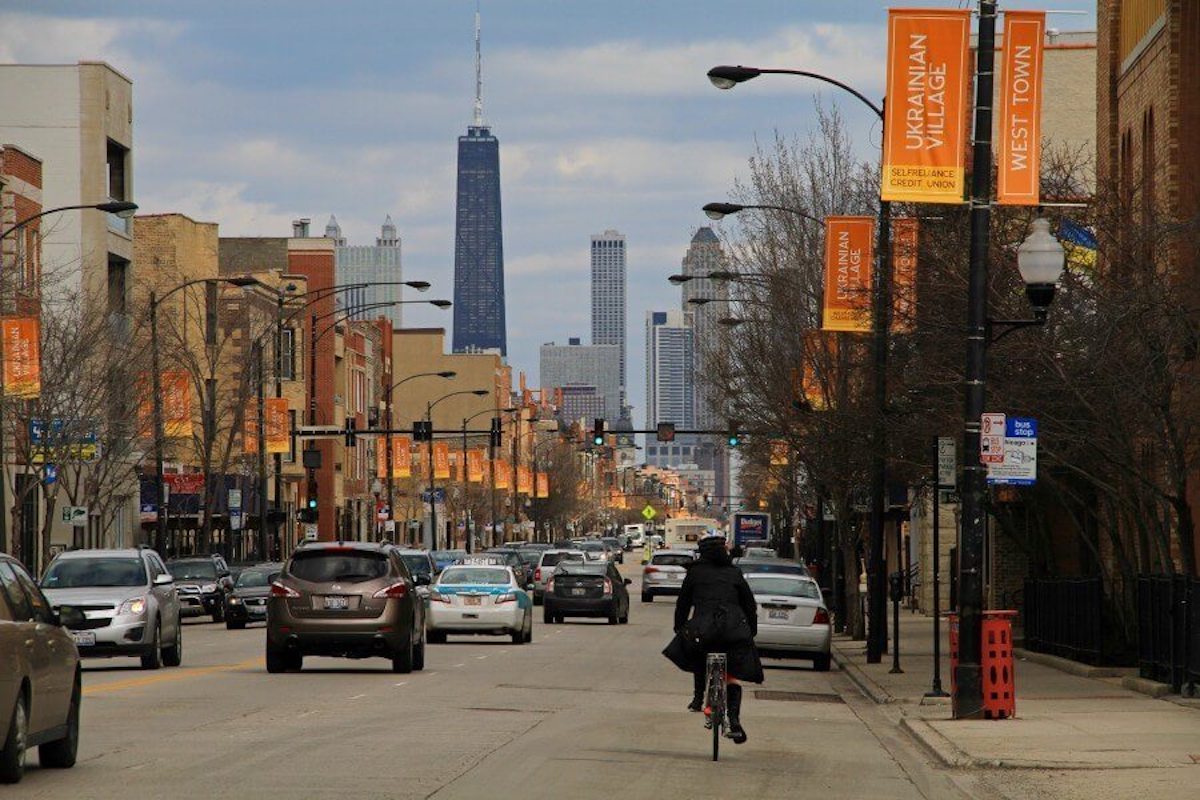 UrbanMatter’s Guide to Ukrainian Village and Its Rich History, Cuisine, and Architecture

The press reports, images, and reporting coming out of Ukraine are heartbreaking. To be worlds away, seeing them evokes immediate feeling of anger and frustration yet in that also inspires us to do anything we can, no matter how big or small, to help. Tucked away in the larger West Town community of Chicago’s Near West Side sits Ukrainian Village—a vibrant corridor of shops, restaurants, and history—that’s cultivated one of the largest communities of Ukrainian immigrants in the entire United States. In 2016, Ukrainian Village was named the hottest neighborhood in America.

Here’s our guide to Ukrainian Village and how you can not only support the Ukrainian resistance efforts through donation, but by also supporting local Ukrainian-owned businesses here in Chicago.

While the borders can sometime be contested, the general consensus is that official Ukrainian Village spans from Division St. on the north end, to Grand Ave. in the south, and then Damen Ave. on the east to Western Ave on the west.

Ukrainian Village originally was a farmland area, like many of the western neighborhoods. But like much of Chicago, was impacted by the Great Chicago Fire. In the aftermath, it was settled on and rebuild by a predominantly German population already in Chicago. In the succeeding decades, a heavy wave of Ukrainian and Russian population immigrated and settled upon this area. By the early 1900s, Ukrainian’s were the dominating population in the area with an estimated 30,000 immigrating to the area.

It quickly blossomed into a working-class neighborhood of builders and tradesman that helped build larger, more popular, areas around the village such as Wicker Park. The neighborhood was officially designated as Ukrainian Village in 1983 by then-Mayor Jane Byrne. To this day, however, the neighborhood is less populated with people of actual Ukrainian descent. The culture and impact the people have made on the area is still apparent but more on that to come.

Reminder: As local Ukrainian-Chicago owned businesses continue to operate in order to support both home and abroad, support directly. Call direct instead of through a delivery app, get in your car and sit down at the restaurant or head there for takeout. The most you can support local directly, the better it is for all involved.

When you ask someone of Ukrainian descent where in Chicago they should go for truly authentic Ukrainian cuisine they’ll tell you Old Lviv. This small (literally like 10 tables) restaurant serves up the classics straight from home

Tryzuv Ukrainian Kitchen is more modern than its neighbor on Chicago Avenue. The food is equally delicious. It’s a beautiful juxtaposition when you can get a bowl of hearty borshch with pork or the delightful stuffed cabbage with a mix of wild rice, ground pork, and tomato sauce.

If you’re in search for something authentic and delicious but more on the takeaway side of things then check out Shokolad Bakery & Cafe. Their assortment of cookies, pastries, and savory breakfast and lunch items including, yes, you guessed it, pierogi and crepes is to die for.

Roberto Clemente High School and St. Mary’s Hospital both are on the Northeast corner of the neighborhood off of Western and Division. The Ukrainian Cultural Center (2247 W Chicago Ave, Chicago, IL 60622) and the Ukrainian National Museum (2249 W Superior St, Chicago, IL 60612).

You can do guided walking tours of Ukrainian Village though the Chicago Architectural Center that includes all of the churches and residential architecture highlights in the neighborhood.

You can support here in Chicago through the above link. Kyiv is one of Chicago’s many sister cities. Proceeds will go to vetted organizations in humanitarian and medical aid. Additionally, Stephen Colbert and The Late Show put a list of vetted national organizations that include World Central Kitchen and Global Giving.