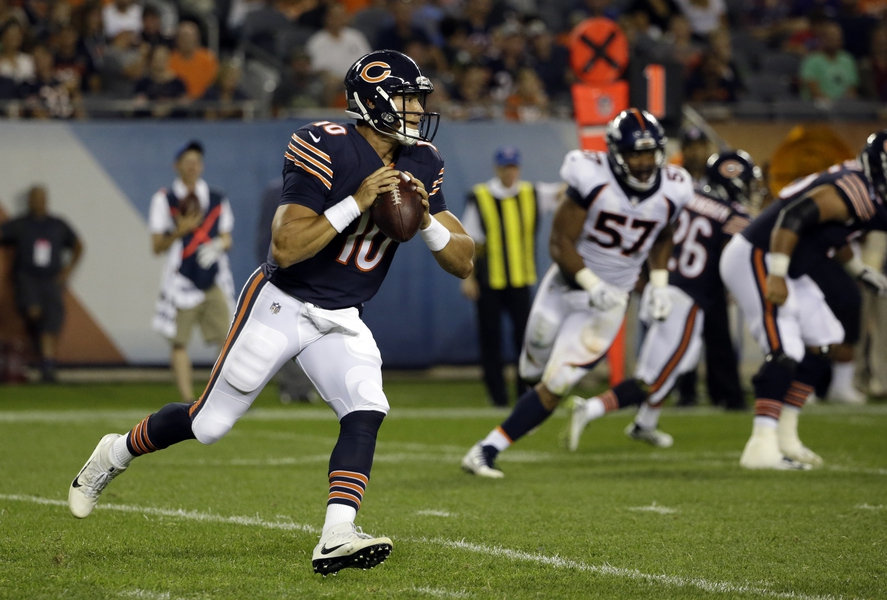 Is Trubisky The Savior That The Bears Have Been Waiting For?

After widespread mixed reactions toward the Mitch Trubisky draft pick back in spring, the preseason has finally arrived, giving Bears fans a chance to watch the rookie quarterback in action. Last night, the Chicago Bears hosted the Denver Broncos at Soldier Field for the Week 1 preseason game. Although the game concluded with a 24-17 loss to the Broncos, Trubisky proved to make impressive plays throughout the game, giving fans a glimmer of hope for his performance in the regular season.

The second overall Bears draft pick carried his share of the weight last night by turning a 10-0 deficit into a 14-0 lead, throwing a successful touchdown pass, and by finishing with 166 passing yards with a 103.1 passer rating. The young, former UNC player’s game performance didn’t go unnoticed, even earning praise from other athletes on social media, such as LeBron James.

“Obviously wanted to come out with a win, but we did a lot of good things.” said Trubisky. Could this be the dawn of the Trubisky era? It’s pretty early to tell, but if it is, it’s looking fairly bright.

Can Trubisky carry the Bears to victory? Is he our quarterback-in-shining-armor? Is he the reason the tides could finally turn? Here’s our thoughts on why it could work… Or couldn’t.

He can hang with the rest

Trubisky fit in with everyone on the field last night. He didn’t stand out like a sore thumb amongst the team’s vets – he played well with them. Maybe it’s just meant to be.

He was ranked pretty high in the draft

Even though the Bears lost last night, he kept positive spirits. There’s a lot riding on being a quarterback for the Bears, and Trubisky seems to be handling it smoothly and realistically.

Let’s face it. He’s fresh out of college. He doesn’t necessarily have the numbers yet to make him credible enough to hold a franchise quarterback role.

He needs enough time to develop

He has to grow with the team, and he hasn’t really had that time yet. Upon getting drafted, he had only practiced with the team once on a brief occasion. The question is, will he get it?

It’s only the preseason

We could be getting ahead of ourselves. It’s only the preseason, and this was only one game. Who knows what the future holds.

Next for the Bears? Taking on the Arizona Cardinals next Saturday, August 19 at 9pm. The regular season begins with a September 7 kick-off game, where the New England Patriots take the Kansas City Chiefs.