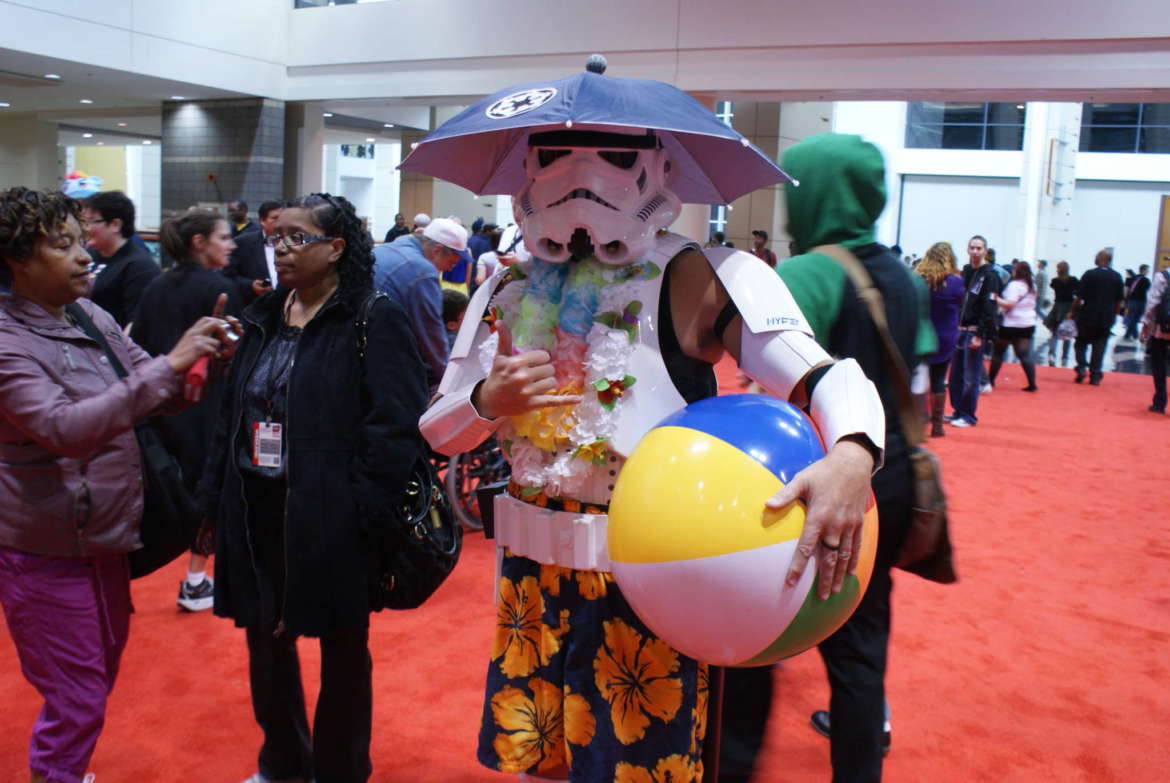 April is always one of our favorite months at Chicago Genie. April Fool’s Day can get pretty hectic around here (we’ll leave it at that), and more importantly, the weather is finally warming up. If you’re anything like me, you’re going to want to get out there and take advantage of it. This April brings a pretty solid mix of interests to town with some unique happenings that really grabbed our attention. Here are the Top 10 Events for April 2015:

10) CHIRP Record Fair & Other Delights
April 11
Hosted by CHIRP Radio, this event blends free entertainment with vinyl & music related merchandise. There will be music and local DJs on stage, and a more records for sale than you could dream of. To top it off, there will be great food, coffee, and music trivia. Not a bad way to spend a Saturday by any means.

9) Neil Diamond
At The United Center
April 14
The 74 year-old Neil Diamond is embarking on a 74-stop World Tour! The Sweet Caroline singer just released his 32nd (that’s not a typo) studio album, Melody Road, and according to Billboard, it’s “rich in orchestration that retains the dark rustic qualities of his last two studio albums of original material.” The concert is going to be huge, as both new and old (don’t worry, if you can use the internet you’re not that old) fans will be taking part. Scoop up some tickets while you still can.

8) Baconfest
April 17-18
You’ve probably heard all about it from our previous post, but for those who haven’t, Baconfest is pretty much exactly what you’d think, ALL BACON EVERYTHING. There are a TON of different types of bacon to try here. For those who love the crunchy morning snack, this was pretty much made for you.

I can feel my arteries clogging just thinking about it.

7) Daily Show Writers Standup Tour
April 18
All front men need to be witty, but they need great writers too. Such is the case with John Stewart and the Daily Show writers, and the latter group is now taking the stage to show just how funny they really are in person too. The humor will be based around politics, but unlike the show, there will be a Q&A session at the end. Any aspiring writer or comedian should consider this a must-see.

6) Chicago Quarter Marathon
April 4
The second annual Chicago Quarter Marathon (that’s 6.55 miles) will take place at Soldier Field. The cool thing about this outing is that it offers a unique running experience. There aren’t any other quarter marathons in Chicago, and you get to run right next to Lake Michigan, and that’s reason enough to take part. Of course, not everyone can run over six and half miles, which is why we have this ranked a bit lower—but if running is your thing—you’re going to want to test this one out.

5) Lake FX Summit and Expo
April 16-19
These days, the words “Presented by Google” alone are usually enough to peak someone’s interest. Add music, film, arts, culinary, and fashion to that statement and you have Lake FX. The summit portion features presentations and workshops from industry leaders to help you to brush up on your craft, while the expo is more of a trade show format that links the creative community to contributors like Kickstarter and Tribeca Flashpoint Media Arts Academy.

4) C2E2 – Chicago Comic & Entertainment Expo
April 26
Comics, movies, anime, video games, manga, TV, it’s all here! Since 2010, C2E2 has been hosted at McCormick Place in Chicago, and comic lovers in the area couldn’t be any more thankful. Special guests include M. Night Shyamalan, Matt Dillon, CM Punk, and Stan Lee—though there are over 100 more to see as well. For those who are into art, there are over 400 members of the Artist Alley, who will have their work on display on the C2E2 floor.

Of course, C2E2 has the Crown Championships of Cosplay, which is entertaining whether you’re participating or just spectating.

3) CIMMfest – Chicago International Movies & Music Festival
April 16-19
CIMMfest is a collection of musicians, filmmakers, and moviegoers at venues across the city. The motto here—movies by day, live music by night. You can find a little bit of everything here, with music videos, documentaries, and fiction films.

There’s just a little more to it than that though, all of the films have to be about music in some way. As for the performances, they have to either be inspired by motion pictures or have some type of visual accompanying the music. This leads to a perfect blend of entertainment, and when combined with the eclectic venues, it’s easy to become absorbed in CIMMfest.

The bottom line, there’s a reason this four-day festival has grown every year since it began. Check out our previous post for more info!

2) Chicago Park District Bunny Events
March 21-April 4
It’s that time of year! The egg hunts are on, and you can join in on the search in a number of locally staged, family-friendly events. There are numerous luncheons with the bunny to attend — along with face painting, prizes, treats, arts and crafts, and photo opportunities.

Dog lovers rejoice! There are even two egg hunts created specifically for dogs. You can view all of the locations and events here.

1) NFL Draft
April 30 – May 2
The NFL Draft is coming to Chicago, complete with a FREE outdoor three-day interactive fan festival! There will be music, food, flag football games, autograph signings, and awesome interactive simulators. Fans will be able to check out the Sweetness Simulator, a skydive wind tunnel that floats you in the air with the purpose of striking whatever football pose you wish. Another simulator that has us buzzing, Run Like the Wind, which let’s you test out your speed at the 40-yard dash against an LED screen of NFL players.

This one crosses over into May, so we’re cheating a bit, but the NFL doesn’t typically have these festivals for the draft, and who knows when this will happen again in Chicago? We highly recommend checking this one out.

For those who made need a little help getting there, check out our blog post on How to Convince Your Wife That You Need to See NFL Draft Town