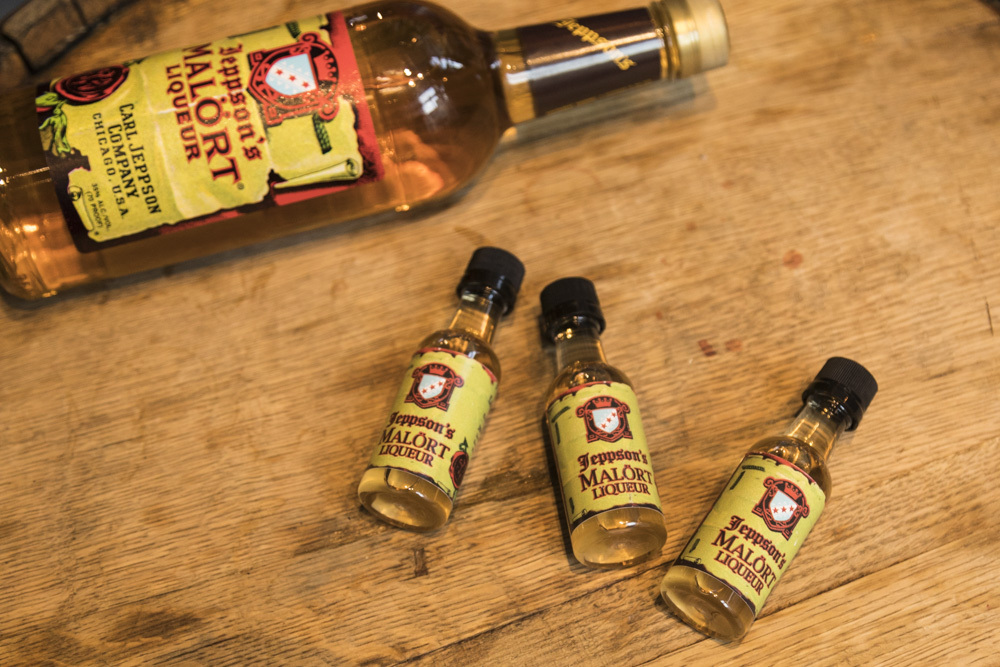 After being purchased by Pilsen-based CH Distillery late last year, Chicago’s legendary Malört liquor is finally back in production within city limits and the innovation is already brewing.

The distillery’s West Loop tasting room, CH’s Bar & Table, now has tiny, 50-milliliter bottles of Malört in stock for just $3 a piece. This new, portable way of carrying around Chicago’s most revolting drink will only encourage the tradition of taking a shot and ending up with Malört face, as so gallantly demonstrated by our staff last year.

Let’s be honest. These will be great for stowing into your carry-on for any long flight out of O’Hare.

Chicago has this weird law that says you can’t sell liquor in bottles less than 300 milliliters, which is why you won’t see these miniature Malört bottles in any city-based liquor store. But CH Distillery’s director of marketing Dan Janes made sure to weasel through the loophole on this one. Since CH Distillery owns and produces the wormwood liquor, it was perfectly legal to get those diminutive bottles on the shelves.

Eventually, they want to start selling the mini bottles through suburban retailers and in six-pack form at Chicago liquor stores. So, until then, you’ll just have to make a visit to CH’s Bar & Table at 564 W Randolph St. At least we already found you a parking spot.

And don’t you dare be fooled by their size. These tiny bottles still pack the same punch as the original.