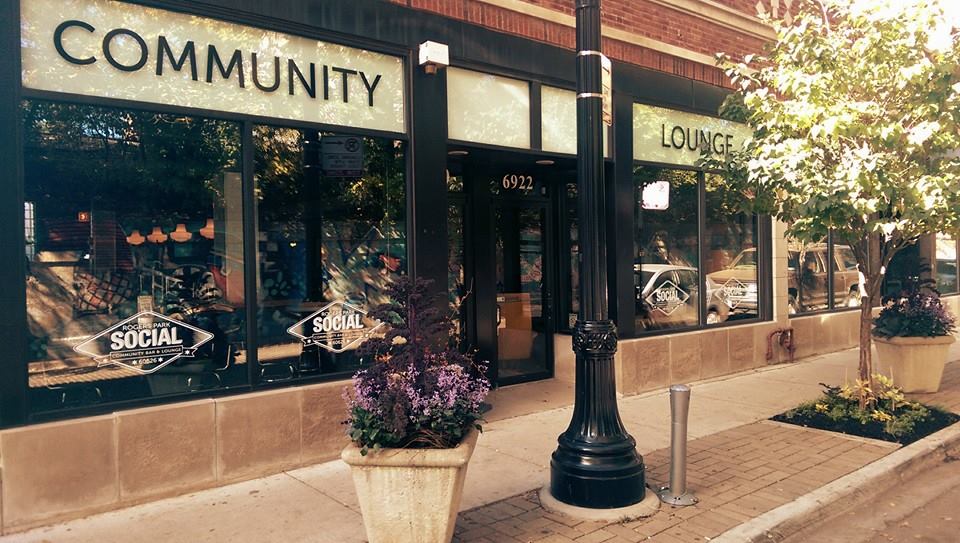 Things to Do around Loyola University and Rogers Park

Loyola University opened its doors on June 30th, 1870, and has since become one of the most popular universities in Chicago. As one of the few schools not in the heart of the Loop (hey DePaul, Roosevelt, Columbia, and Robert Morris), Loyola’s home is right on the lakefront in one of the most diverse neighborhoods in the city – Rogers Park. Wheter you are a future student looking for some fun, a new Rogers Park resident, or just looking to branch out to a different part of the city, you’ll find plenty of things to do around Loyola University as its neighborhood remains to be one of the most diverse and lively neighborhoods, deeply rooted in Chicago history.

Being well-known for our street art, you might think you’ve seen everything there is to see in Chicago. If you’re still on the hunt for a new place to explore and take in some views, head up to the Mile of Murals in Rogers Park. Located just one mile north of campus, the Mile of Murals is a community-based initiative that began in 2007. With 15 murals already commissioned, the final goal of the program is to have 19 murals total, spanning the entire one mile stretch of the red line from Estes Ave to Pratt Blvd.

I promise you don’t have to be a practicing Catholic to appreciate the beauty of the Madonna della Strada Chapel at Loyola’s main campus. It opened all the way back in 1938 and shares some of the most important history of the university. The chapel features sleek marble floors as well as imagery depicting the stations of the cross. So, you won’t be disappointed if you’re heading to the chapel for a weekly mass or just stopping in to appreciate its beauty and importance to Loyola.

If you’re looking for a fun, family activity, head over to Lifeline Theatre. Located just a 5 minute drive north of Loyola, Lifeline Theatre has been around since 1982, turning literature into productions- and receiving tons of awards and acknowledgements along the way. They have both a Main Series and a Kids Stage, so if you want to leave the kids at home for the night (you deserve it), you have the option for a night out you won’t soon forget. Upcoming to the theater on the main stage is Miss Holmes Returns and Dooby Dooby Moo on the Kids Stage!

Whether you just turned 21, or are looking for a good spot to meet up, have a remote work day, and have a cold one, Rogers Park Social is the best place to go. With an adorable, greenery-covered patio and a quiet, rustic interior space, you can read a book, enjoy a moment with yourself, or knock out an essay on a lazy afternoon when you don’t have classes. As for drinks and food, this place has great cocktails, beers, an amazing list of hard ciders, and an extensive menu from small bites to full-sized entrees.

If there’s one thing that will take your breath away every single time, it’s our beautiful skyline and lake views. Since Loyola is situated right on the waterfront, no trip around campus would be complete without a quick stop at Tobey Prinz Beach Park. Perfect for the middle of June or that random October weekend where it’s 80 degrees, there’s so much to do here. You’ll find Loyola Beach, North Shore Beach, and Hartigan Beach Park within the park, so pick a spot and soak up the sun!

College students run on one thing these days: coffee. Luckily for students and visitors alike, Rogers Park has one of the best coffee spots in the city, Metropolis Coffee Company. From lattes and teas to small bites, Metropolis is the perfect place to stop in and fuel up before heading to class or walking the Mile of Murals. Want to take some Metropolis to your own perfectly curated home coffee bar? You can order Metropolis bags and beans in their online store too!

A stop at The Armadillo’s Pillow is an absolute must for the bookworms around Loyola. This independent bookstore is nothing like the others. and is filled to the brim with “common, uncommon, and hard-to-find used books”. Take some time to saunte the aisles, taking in the scent of the pages, scouring the shelves for your next great read. Whether it’s that new Colleen Hoover or something you wouldn’t typically pick up, The Armadillo’s Pillow allows you to step outside your normal genre-of-choice and into an amazing new story.

We are in one of the best foodie cities in the world, so why are you still frequenting the same four places?! Taste of Peru in Rogers Park is just a few blocks west of Loyola and has some of the most delicious Peruvian food you’ll find in the city. From Lomo Saltado to Bistec a la Pobre, these dishes are authentic in every bite. Bonus: Taste of Peru was featured on Guy Fieri’s “Diners, Drive-Ins, and Dives” and in the Michelin Guide. You cannot get better!