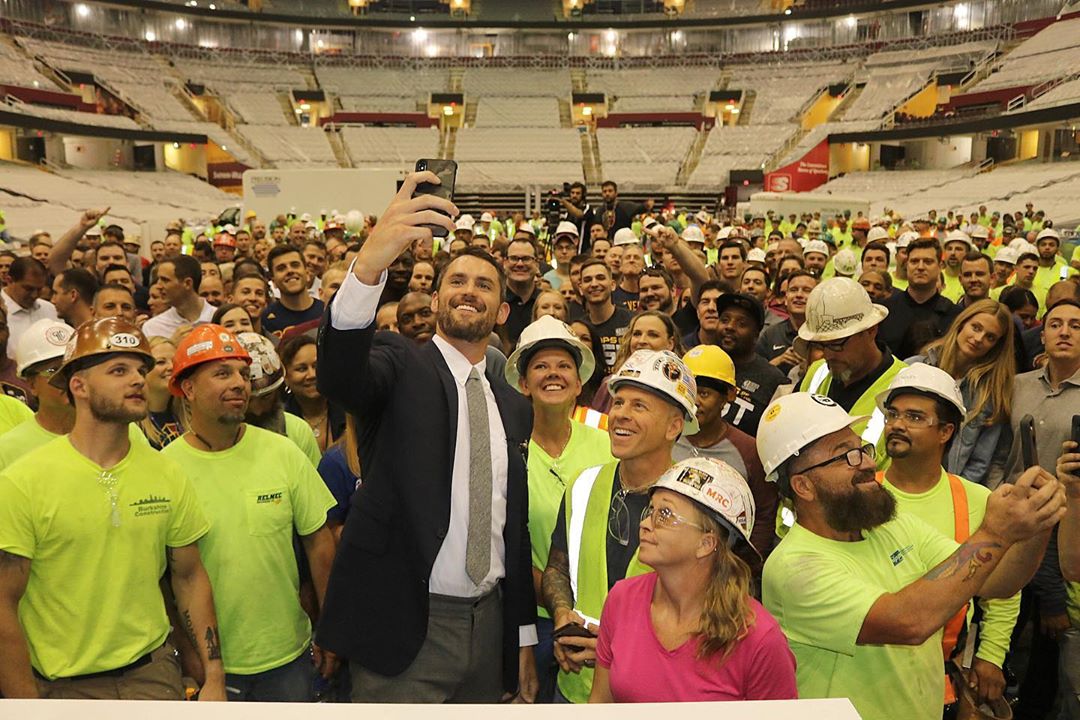 Recently, many athletes stepped up to give back to their communities ever since statewide shutdowns and stay-at-home orders began in March. And in times like these, every little bit helps.

The people of New Orleans have been incredibly welcoming and supportive since I was Drafted by the Pels last June, and some of the most special people I have met are those who work at smoothie King Center. These are the folks who make our games possible, creating the perfect environment for our fans and everyone involved in the organization. Unfortunately, many of them are still recovering from long term challenges created by Katrina, and now face the economic impact of the postponement of games because of the virus. My mother has always set an example for me about being respectful for others and being grateful for what we have, and so today I am pledging to cover the salaries for all of those Smoothie King Center workers for the next 30 days. This is a small way for me to express my support and appreciation for these wonderful people who have been so great to me and my teammates and hopefully we can all join together to relieve some of the stress and hardship caused by this national health crisis. This is an incredibly resilient city full of some of the most resilient people, but sometimes providing a little extra assistance can make things a little easier for the community.

Athletes Giving Back During COVID-19

One of the first athletes to provide support was Cleveland Cavaliers PF, Kevin Love. When the NBA suspended the 2019-2020 season, Love quickly came to the support of arena workers in the Cavs organization. The team decided to support hourly workers already but Love’s donation of 100,000 kickstarted a trend of support from athletes.

Another NBA player who made headlines was New Orleans Pelicans rookie Zion Williamson. With the season on hold, Williamson pledged to cover the salaries of all the workers at the Smoothie King Center.

NBA players aren’t the only professional athletes offering their support during the pandemic. In the sports world, there are plenty of couples doing their part too.

Power couple Ciara and Russel Wilson pledged a donation of one million meals to Food Lifeline. The state of Washington, including the Seattle area, has been hit hard by the virus, and the Wilsons’ support will go a long way. Fellow NFL quarterback, Drew Brees, and his wife, Brittany, also pledged $5 million to the coronavirus relief fund for the state of Louisiana.

This next athlete is known for his generosity during crises. When Hurricane Harvey hit the city of Houston back in 2017, Texans defensive end JJ Watt came through big time when he helped raise over $37 million to rebuild the city. And now, he and his wife are doing it again. Watt and his wife, Kealia Ohai, who plays for the Chicago Red Stars, have pledged $350,000 to Houston food banks. Their donation will provide over a million meals to people in need in the city.

The last power couple who are offering support during this time is also from the Houston area. Astros pitcher, Justin Verlander, and his wife, Kate Upton, announced on Instagram that they would donate Justin’s weekly MLB checks to different charities during the pandemic. The MLB season has been suspended indefinitely, but the league decided it would continue to pay its players. Justin and Kate’s contribution isn’t the only way they are helping. They’ve also funded the donation of masks and protective equipment to Detroit’s first responders.

One company has found a way to offer support in a unique way. Fanatics, an online retailer of sportswear, started the All In Challenge, which allows fans to bid on a variety of different experiences. A $10 donation will give you 10 entries into a contest of your choosing, and all the proceeds will go directly to charities in need. Some contests you can win are 5 years of season tickets for your favorite team, or the opportunity to play 18 holes with Phil Mickelson. There are plenty of experiences that are non-sports related too, so everyone can find something they like.