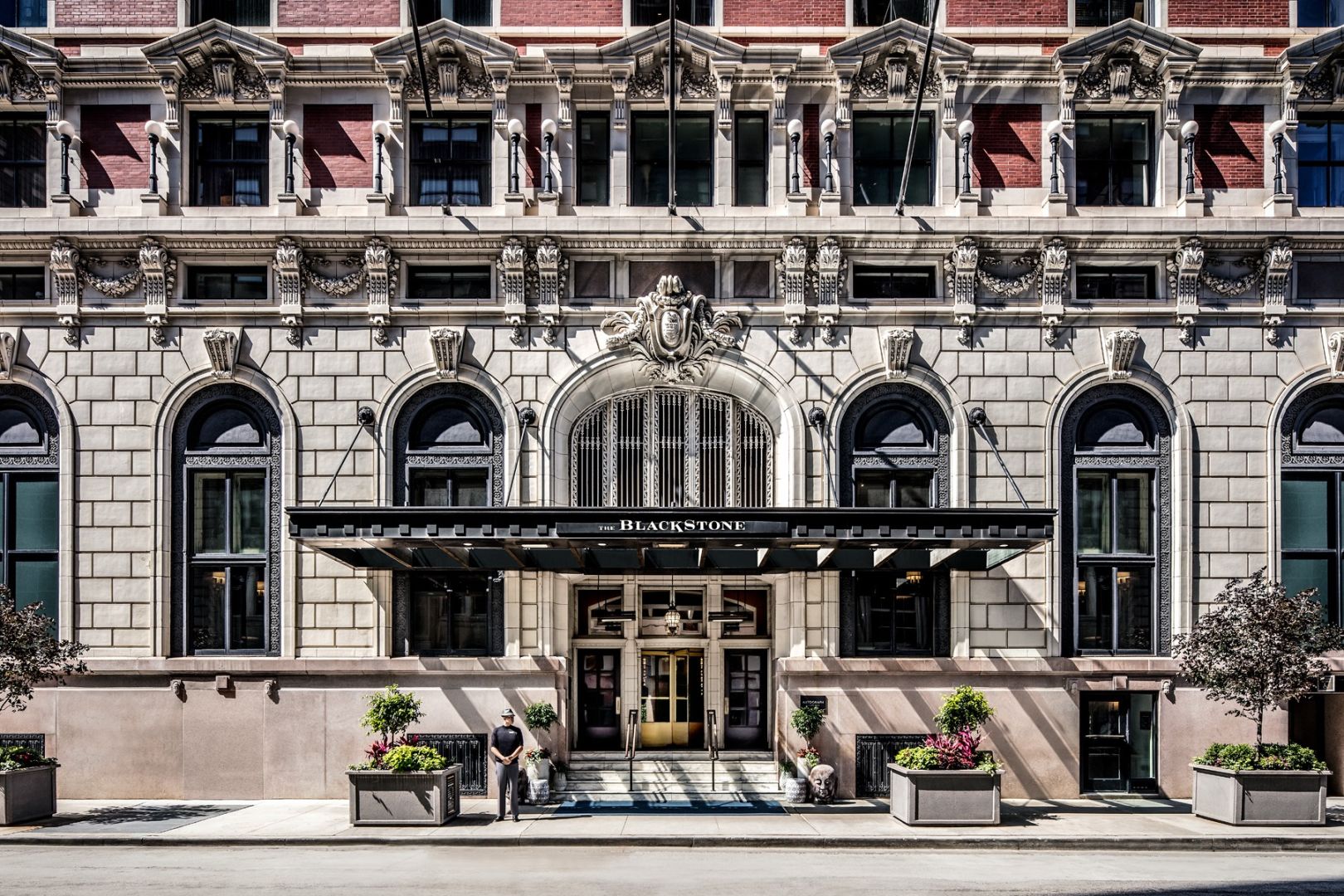 There’s something that happens in Chicago only twice a year. Can you guess what that is? I’ll wait…. If you guessed the “Chicagohenge” you’d be right! But this year, there’s something even better to pair with the sunset viewing experience — that is booking your holiday staycation at the Blackstone Hotel for as low as $19.10!

locate the nearest computer, check your wifi, and have your credit card ready for The Blackstone’s ‘Chicagohenge’ flash rate. For only 10 minutes on September 23, the hotel is offering a booking rate of $19.10 to celebrate the unique phenomenon that occurs only twice a year. And this might be the first year you want to miss watching ‘Chicagohenge’ (outside of course). Instead, log on to The Blackstone’s website to book the special rate between 6:40 p.m. and 6:50 p.m. and enjoy a stay in a deluxe king room between the dates of November 21-25 and December 19-29.

To book this one-time offer, visit www.theblackstonehotel.com — the rates will be available for booking during the ten-minute window only!

Chicagohenge happens when nature and architecture join together to create this phenomenon. It occurs twice a year and happens when the sun directly lines up with Chicago’s east-west facing streets. There are two main factors that cause it, the first is Chicago’s grid plan and the second is the equinoxes. Chicago’s streets line up almost exactly with the east and west directions on a compass, which sets up the ideal stage for Chicagohenge to happen.

Second, there are two equinoxes each year, one that marks the start of spring and one that marks the end of summer. During the spring and autumn equinox, the sun rises and sets directly to the east and west. Thanks to Chicago’s ideally lined grid system, the equinoxes mark a time when the sun rises and sets directly in line with the city’s east and west streets hence creating Chicagohenge.

History of The Blackstone

The $19.10 rate pays homage to the year the historic Blackstone Hotel was founded.

Since 1910, The Blackstone has attracted celebrities, socialites, and politicians. Appropriately named “The Hotel of Presidents,” the historic Chicago hotel has hosted several heads of state, from Teddy Roosevelt to Jimmy Carter. The Rockefellers and Vanderbilts were also frequent visitors, as were such revered icons as Lena Horne, Nat King Cole, and Rudolph Valentino. Not to mention, the hotel also had a notorious streak, favored by legendary mob bosses “Lucky” Luciano and Al Capone.

Despite the hotel’s years of being shuttered after a failed attempt to turn the building into a premier condominium complex,

The Blackstone was revamped and reborn in the new millennium, evolving into one of the most admired hotels in Chicago.

Things to do nearby

Once you’ve witnessed this phenomenon, what’s a better way to spend the rest of your time than to explore the city! While visiting, explore the hotel’s storied past and then venture out to experience iconic attractions like Grant Park, Navy Pier, Soldier Field, The Art Institute of Chicago, Millennium Park, Cloud Gate, and more.

If you love art, spend an afternoon at The Art Institute of Chicago, home to some of the most famous works of art in the country. Or, get an up-close look at some of your favorite sea creatures at the Shedd Aquarium — from belugas and stingrays to otters and sea turtles.