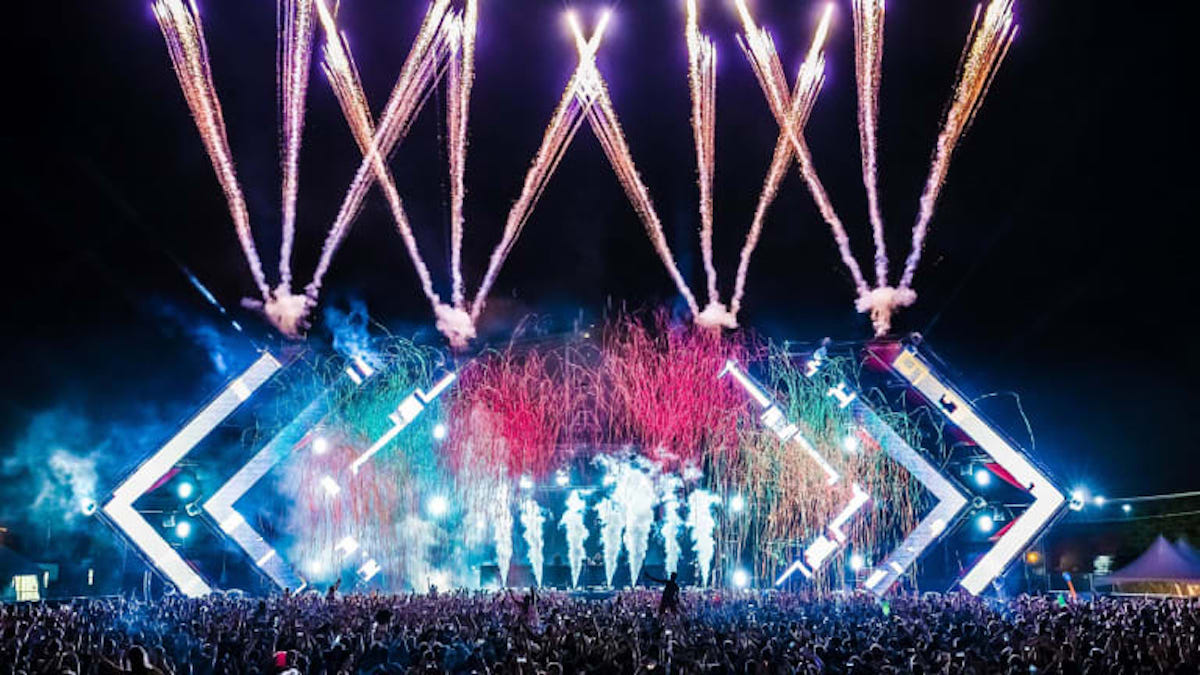 Spring Awakening Music Festival Heading to the United Center For 2022

One day after Lollapalooza released its 2022 lineup, Spring Awakening Music Festival announced that the annual EDM fest would be heading to the United Center this summer. It is the 10th anniversary of the popular independent all-electronic dance music festival in the Midwest and will take place Friday July 8 to Sunday July 10.

Per a release, LiveOne — a creator-first, music, entertainment and technology platform focused on delivering premium experiences and content worldwide through memberships and live and virtual events, and its subsidiary React Presents announced today that Spring Awakening Music Festival (#SAMF10) public on-sale kicks off Friday, March 25th at 10:00 a.m. CT. The initial offering will include a limited amount of 3-Day General Admission, 3-Day VIP and Ultimate VIP packages. Early Bird 3-Day GA tickets starting at $199, VIP packages starting at $329 and Ultimate VIP tickets at $999. Tickets will be available exclusively at springawakeningfestival.com. An exclusive 24 hour presale will sell 2022 tickets at 2021 prices and LiveOne plans to donate a percentage of the live festival profits to the local community. 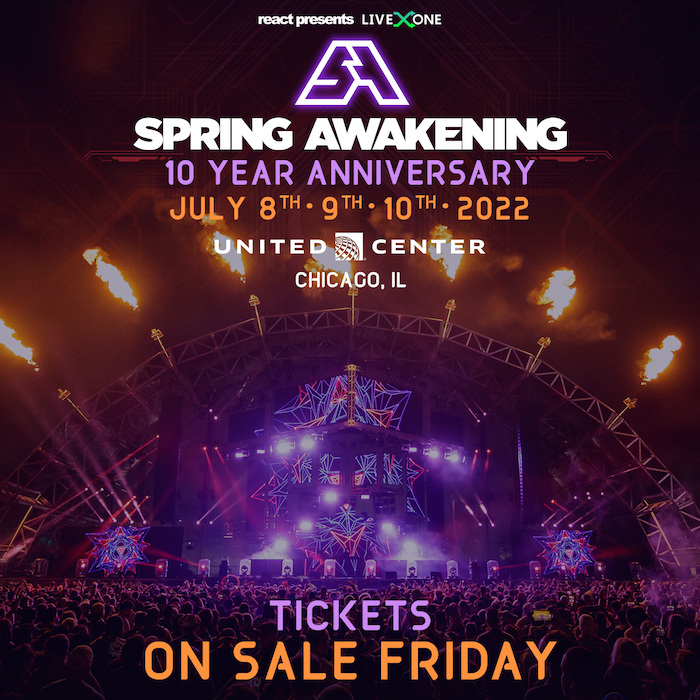 Now in its 10th year, SAMF is the epic celebration of EDM that continues to combine a collection of established and emerging talent performances with immersive fan experiences in the metaverse and IRL – all for a one-of-a-kind, can’t miss event. The talent lineup, which will feature some of the most diverse performances and surprise collaborations, will be announced shortly.

Immersive metaverse? Real life? One-of-a-kind? Can I use bitcoin to purchase my passes? This sounds so futuristic. SAMF10 will be live-streamed via LiveOne’s pay-per-view platform and the 10th Anniversary festival will have exclusive benefits and access for LiveOne members, including:

“Spring Awakening Music Festival will celebrate its 10th anniversary,” said Robert Ellin, Chairman and CEO of LiveOne. “This year we are giving fans surprise collaborations, historic sets from past festival legends, exclusive NFTs and the technical spectacle they’ve grown to love at the famed United Center. We can’t wait to bring this epic hybrid experience to audiences across the globe!”

For those initially confused on the venue, do not worry. Like Windy City Smokeout, Spring Awakening will take place outside in the parking lot of the United Center, not indoors.

We’ll be back with more as the lineup and other information is released!