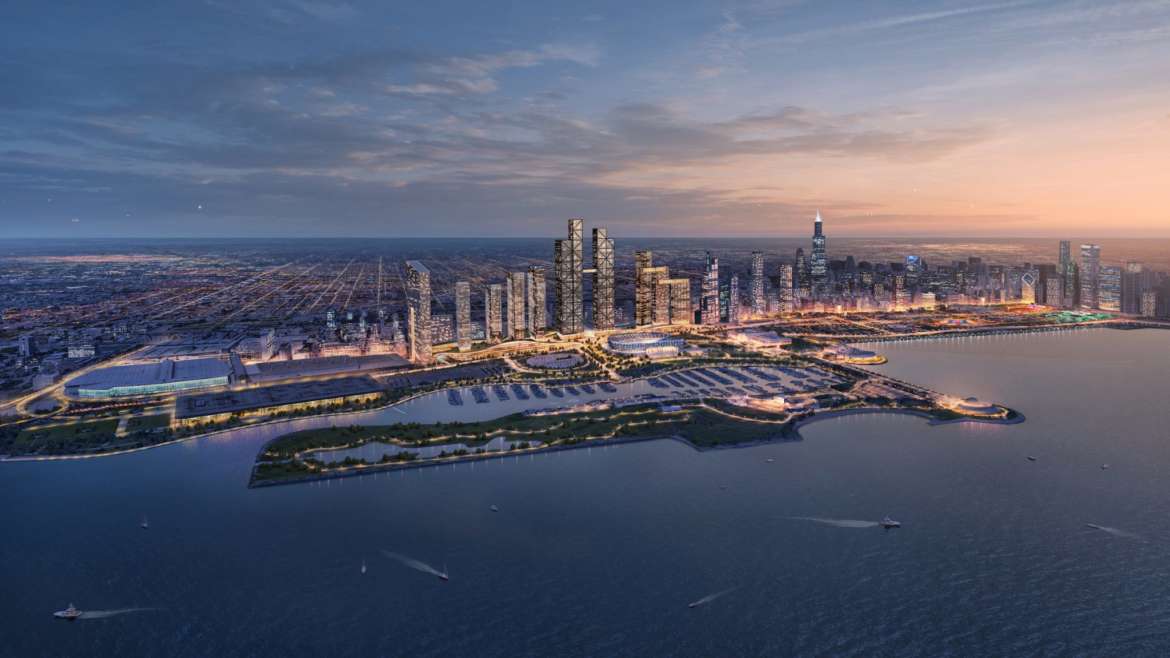 While Lincoln Yards has been under hot debate for the past few years and just approved by Chicago City Council, another developer has swooped in and proposed an even grander idea, one that might change the face of the Near South Side.

One Central is a 34-acre megadevelopment proposed by Wisconsin-based developer Bob Dunn that would run above the Metra rail yard along Lake Shore Drive near Soldier Field. The massive, 50-foot-tall structure would include room for multiple skyscrapers, an open public space, and a pedestrian walkway from the South Loop to the lakefront.

Dunn is also planning to incorporate an additional transportation hub with tracks for Metra, CTA, and Amtrak trains, and revive the sunken bus line between Millennium Park and McCormick Place. The final project would include residential units, offices, stores, hotel rooms, restaurants, and entertainment venues, as well as over 15 acres of parks and green space. We’re also hoping to see a Lake Shore Drive pedestrian path that would connect Soldier Field and Museum Campus from the South Loop.

Since all of this planning is still conceptual, it would need to go through several approval processes before it even reaches City Council for final approval. The initial multibillion-dollar proposal raised several concerns about neighborhood complaints since, even once approved, the plan would take over 15 years to complete.

Stay tuned to UrbanMatter for more updates on this massive South Loop development!

All Illustrations Credited to Perkins + Will