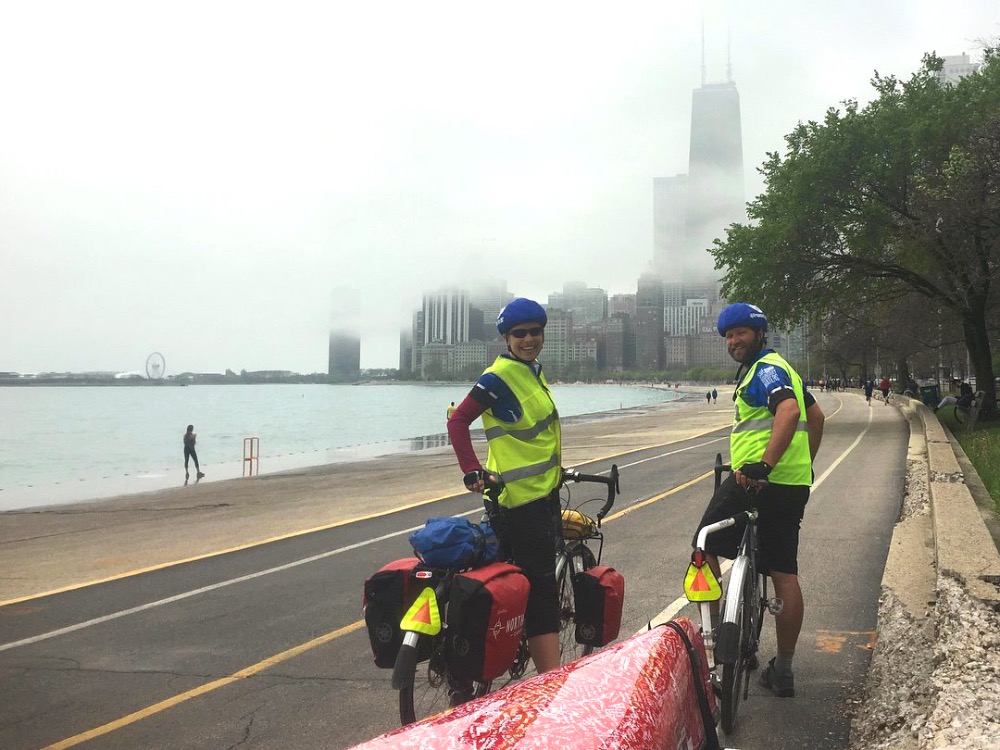 Save the BWCA pedals through Chicago

Although the Boundary Waters Canoe Area (BWCA) is a nine-hour drive from Chicago, for many residents, the wilderness holds a magical place in their heart.

This might be due to the fact that the BWCA is the closest place to Chicago where you can actually dip your cup into a freshwater lake and drink. Or perhaps they visited there on a camping trip with parents growing up. Perhaps because it is one of the premier canoeing destinations in the country. Or maybe you have never heard of it and don’t even know what I am talking about.

Unfortunately, whether you know it or not, this amazing outdoor area is under threat.

And Save the BWCA is trying to rescue this natural haven.

What is the BWCA

In case you are unaware, the BWCA is a vast wilderness area within the Superior National Forest.

It abuts the Canadian border in northern Minnesota. It is a network of glacial lakes and streams and one of the most popular and most visited wilderness areas. The BWCA’s popularity stems from its exceptional hiking, canoeing, camping, and fishing opportunities. The most appealing part of the wilderness is its clean and pristine water quality.

What You Need to Know

The website Save the BWCA reads: “America’s most visited wilderness area is threatened by sulfide-ore copper mining. This toxic mining practice has never before been allowed in Minnesota.” And it’s a damn shame.

Last year the Interior Department reinstated two expired leases held by the Chilean-owned company, Twin Metals Minnesota. These leases were for copper and nickel mining near the border of the Boundary Waters. This reversed a decision made years earlier that endeavored to protect this landscape, as the mining was believed to pose a serious risk to the wilderness area.

Although the mining company argues the risk of pollution will be minimal, the risk to many is too great.

They both grew up camping in the Boundary Waters, so a special bond was formed. This bond grew even closer when they spent a whole year in the wilderness of the BWCA in an effort to raise awareness to the imminent threat raised by the mining companies. They wrote a book about this experience called A Year in the Wilderness.

The Freemans are now biking from Ely, Minnesota, which is the gateway to the BWCA to Washington D.C. They are toting a Wenonah canoe filled with signatures from those who oppose the idea of mining along the BWCA watershed. The bike trip is the latest attempt to thwart the mining operations by raising awareness to the danger.

A few weekends ago, the Freemans rolled through Chicago. They pedaled through with their canoe along the bike paths of the Chicago area and made stops in Evanston, REI Northbrook, and Patagonia on the Miracle Mile. I caught up with them at the Patagonia meet and greet and had the opportunity to write my name on the now famous canoe.

Personal Connections to the BWCA

I too have a personal connection to the Boundary Waters.

I first went up there on a camping trip with my parents in the 1980s and have been back many times since. Until now, I have been complacent to this threat because I did not think it would happen. Now I am realizing the possibility of this impending disaster coming to fruition is real. If you have been to the BWCA, like outdoor adventure, and believe our wild places need protection then now is the time to act.

The first thing you can do is to sign the petition. Other ways to help the cause is to write your congressman, donate to Save the BWCA, share this post or anything from the Save the BWCA website on your Facebook. The BWCA needs your help.