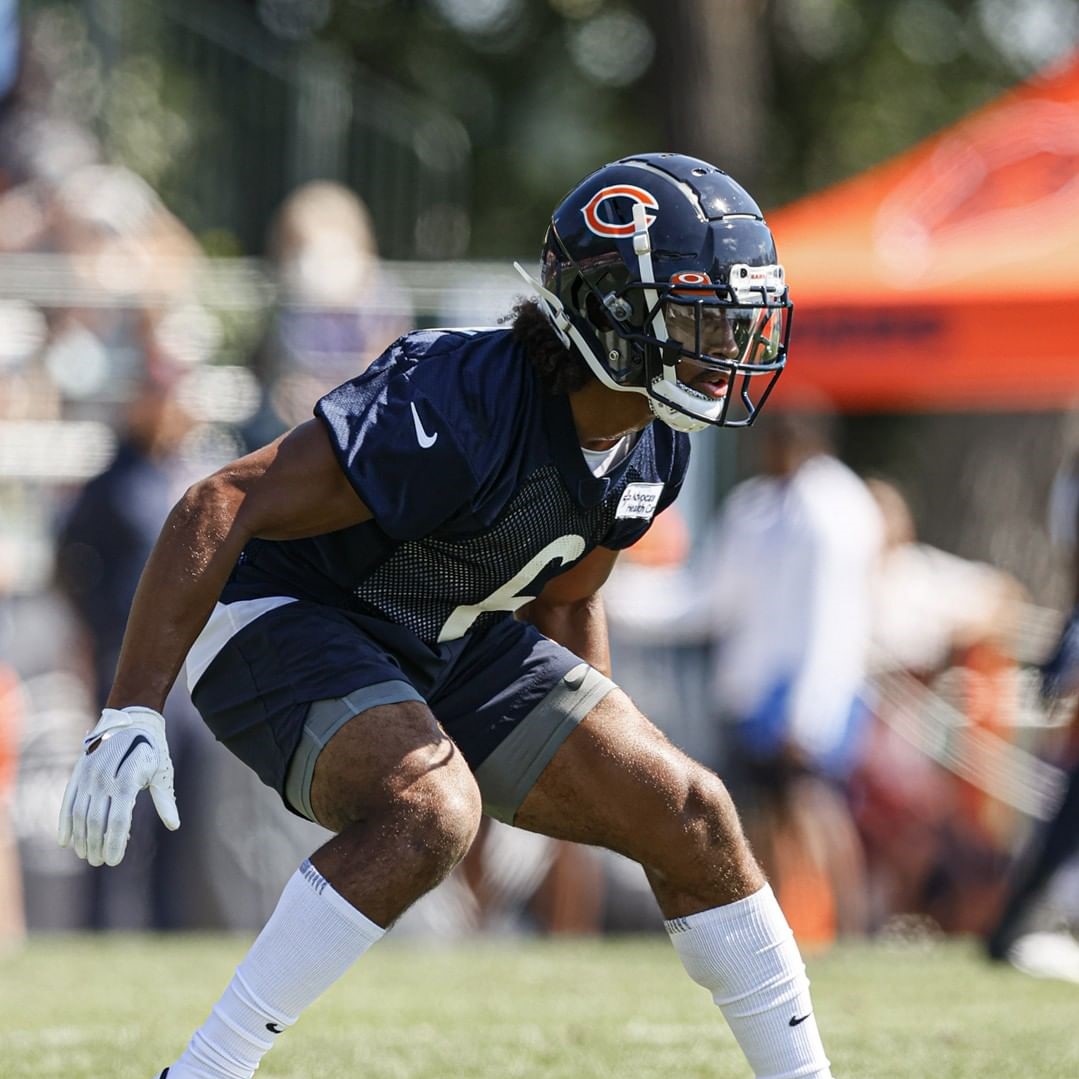 The NFL preseason is well underway which means there’s plenty of Chicago Bears news to go around these days. From training camp updates, injury alerts, NFL Top 100 list announcements, and preseason game breakdowns, not a day goes by without some Bears news to fill our football cravings.

Today, we’re going all-in on the Monsters of the Midway as we look to recap what’s happening with the team as the 2022 NFL season inches closer!

The ongoing contract battle between linebacker Roquan Smith and the front office has been the focal piece of Chicago Bears news lately.

Last week, the two-time All-Pro had requested a trade after extension talks stalled. In a statement released to NFL Media, Smith noted that the offer from the Bears was not only bad for himself, but the entire linebacker market. He claims the Bears aren’t negotiating in good-faith, which is always concerning to hear considering he’s one of the best guys on the roster.

As of late, teams were notified by the league that a non-NFLPA-certified agent had been contacting teams on behalf of Roquan Smith to gauge trade interest for the player. This is a big no-no in the league’s eyes as Smith represents himself and he hasn’t received the Bears’ permission to seek a trade. While Smith is unlikely to be punished for it, it’s something to keep an eye on as negotiations continue.

Now on to some lighter Chicago Bears news. On Sunday, the team walked away from their first preseason game with a victory against the Kansas City Chiefs. Despite trailing 14-0 at the end of the first half, the team scored 19 unanswered points to secure the dub.

While the starting offense didn’t generate any points, that isn’t to say they didn’t show some positive flashes in the first half. Second-year quarterback, Justin Fields, went 4/7 on 48 yards with his arm. At one point, he even took off for a 10-yard scramble. However, the biggest takeaway from watching Fields play again has to be that he looks more comfortable in year two. It’s definitely a positive considering he’s under a new regime, but some Bears’ reporters think he looks a little too comfortable out there.

Another positive piece of Bears’ news from preseason game 1 involves rookie safety Jaquan Brisker, who the team selected in the second round of this year’s draft. He’s been having an incredible training camp thus far, and continued that with a strong performance against Kansas City that should bode well for our confidence in him.

Our last piece of Chicago Bears news we’ll touch on also occurred over the past weekend. Like they do every year, NFL Network started to release their Top 100 Players of 2022 list on Sunday.

Players 100 through 51 were named right away, and over the next few weeks, the remaining 50 players will be announced. But, for guys 100-51, the Bears ended up with two players on the list!

The first player for the Bears came in at #98 with running back David Montgomery. After three seasons in the NFL, Montgomery has totaled 24 touchdowns, seven of which came last season. His scoring and pass-catching capabilities are a big reason he made the cut, and we hope that Matt Eberflus can gameplan a bit more for his receiving skills than before.

The next guy from Chicago who made the NFL Network’s Top 100 list shouldn’t come to anyone’s surprise: Roquan Smith. Smith was ranked #84 on the list, and managed to beat out the most recent Super Bowl MVP in Von Miller at #93. Heading into his fifth season, Smith has come up with 14 career sacks and 524 tackles. He has one interception to his name, which we saw last season, and it resulted in a 53-yard return for a touchdown. If all goes well, we have no reason not to believe that he will continue to climb the list over the years as the leader of the Bears defense!