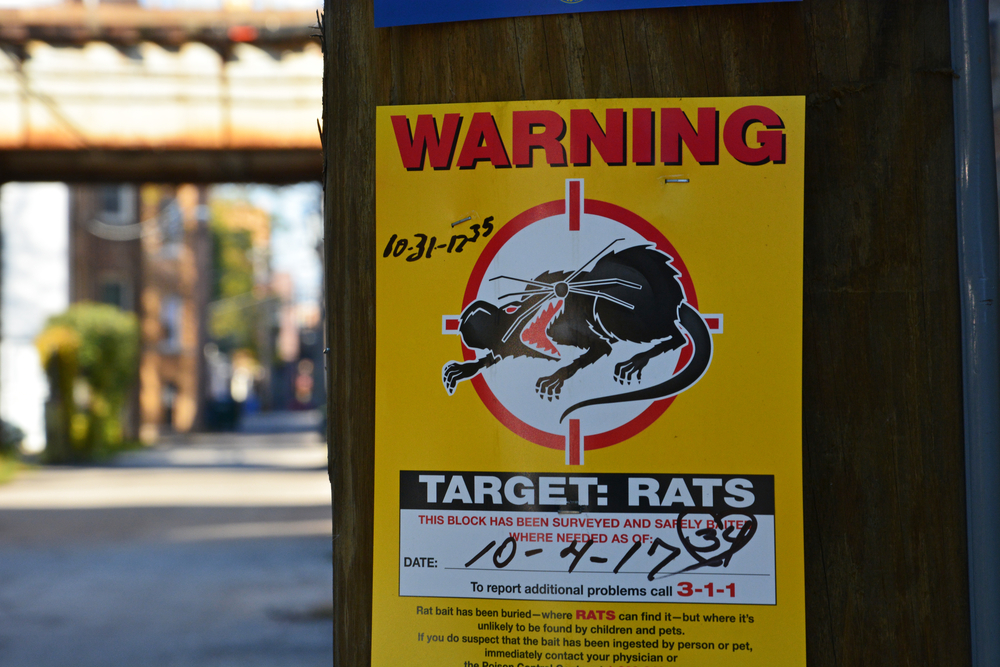 New York and their infamous pizza rat ain’t got nothing on us, apparently. Chicago is Rat Capital of America for the second year running.

Based on a recent survey of four, large American cities, popular apartment search service, RentHop, has come to the conclusion that Chicago has the largest rodent infestation of them all, officially dubbing it the “rat capital” of America for the second year in a row.

The study – which also examined the rat populations in NYC, Boston, and Washington D.C. – analyzed Chicago City data on the number of rat complaints made to 311 in the year 2018. And, according to RentHop’s findings, there were a lot of them, though down from last year’s 50,963. There were 40,057 Chicago rat complaints logged in 2018, to be exact, with the highest complaints spike seen in August. This year’s numbers are a 7% increase from those complaints lodged in the same period in 2018.

The report proceeds to discuss Chicago’s rat problem further, stating that “the abundance of garbage and buildings in The Windy City makes it a great location for these rats to seek shelter and food for survival,” meaning that the hometown we hear often hailed as a “cleaner New York” is actually the “rat capital” of America. And though highly trafficked areas like The Loop remain relatively rat-free, neighborhoods like Ukrainian Village, Lakeview, and West Ridge have the highest rate of complaints regarding Chicago rats, perhaps, RentHop presumes, due to their respectively large dog populations.

Of course, to be fair, the study that named us the Chicago rat capital was based on complaints and complaints alone so, who knows, maybe Chicago’s just whiny instead.