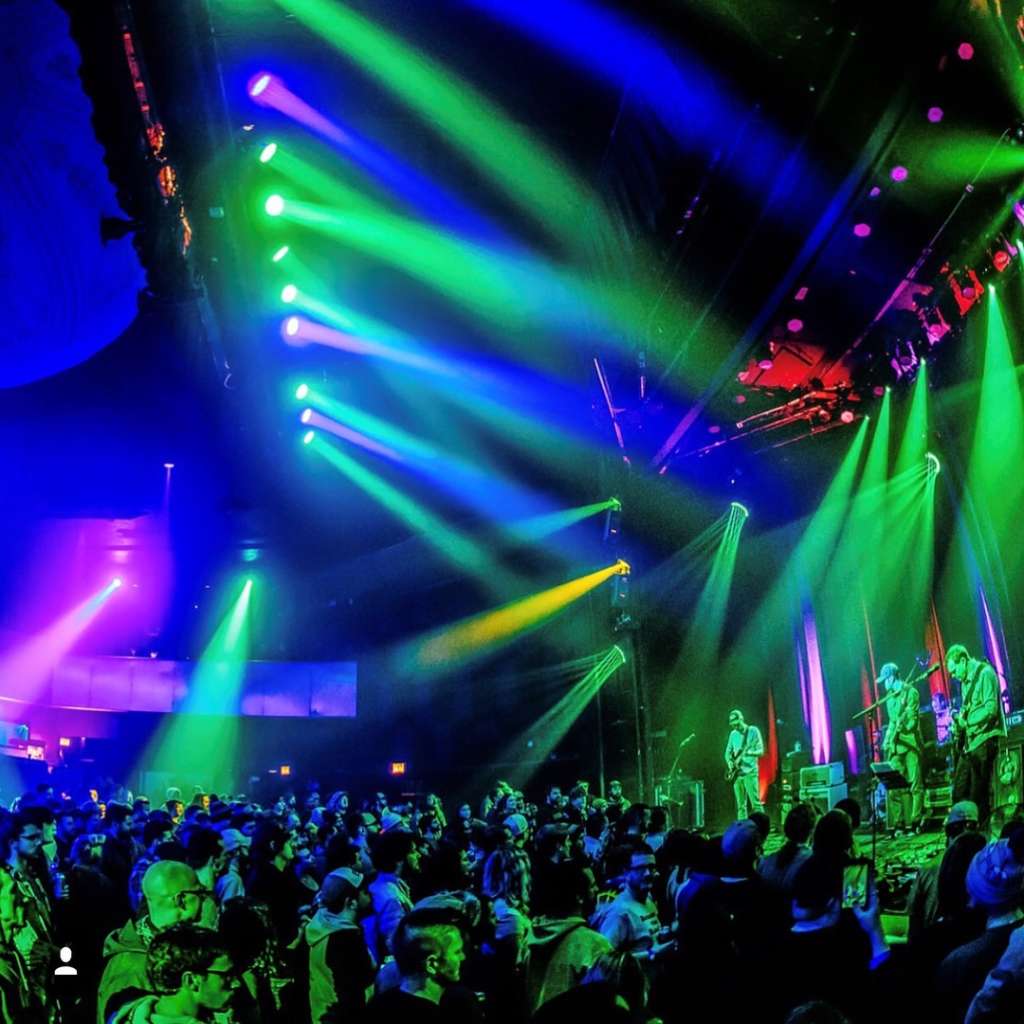 We all know Chi-Town is the place for live music and rocking concerts, happening all-year round. With that in mind, the venues hold a special place in our hearts, all venues, adding some rich history to Chicago’s culture. Whether you’re looking for a spacious concert, rustic one, or a more intimate venue, here are ten of our favorite concert venues in Chicago.

We’re total suckers for the atmosphere in this Pilsen venue, so naturally, it had to take the top spot. The layout is ideal for any concert goer. There’s plenty of space toward the main stage on the ground floor for fans to have fun, but there’s always room towards the back for people to chill and watch the show from afar. Not to mention, the second floor provides an entirely different experience. To top it off, it’s got two bars serving up strong and tasty drinks.

Originally starting as a neighborhood movie theater for Lincoln Park residents, in 1977 the theatre transformed into a concert venue. Since then, Park West has been giving guests a fun and amazing concert experience. Though it is an intimate setting, it’s also wonderfully spacious, seating up to 1,000 people. This gives you plenty of leg room to wild out or lay back, and their bar is not too far away.

Anyone who’s been, knows that the Metro is always a good time. The stage is located on the second floor, which can also be viewed from its panoramic balcony. On the ground floor, you’ll find merch tables (and maybe spot a member of the band). The best part? There’s no shortage of Wrigleyville bars to hop to after the show (our recommendation: GMan Tavern). And of course, right across the street is Wrigleyville Dogs, which provides the perfect late-night, post-show snack.

This West Loop venue always has an awesome variety in its lineup, catering to fans across multiple genres. Although it began at a location near the Belmont Red Line, today you’ll find it right underneath the roaring El at Lake Street and Ogden. It’s also a well-known spot for Blackhawks fans. Before you get ready to jam the night away, do yourself a favor and grab a bite from the restaurant at the front of the venue. For a concert hall, they’ve got some seriously delicious eats.

Alright, it might not be the state-of-the-art facility you’d find elsewhere in the city, given that this venue is pretty freakin’ old. Sure, the acoustics aren’t always amazing, and the space itself can get pretty grimy, but we had to include it just for the nostalgia factor alone. It’s one of those places Chicago music fans can’t avoid. Also, the expansive space is great for packing in big crowds, and the cosmically-decorated ceiling is pretty cool to stare at.

The Riviera is a historic Uptown Theatre that maintains a classic decor. Great for views and sound, the general admissions venue has an open pit for standers and a balcony for seating, but its first come first serve. If you’re looking for a rustic, intimate setting that still gives you room to move around, this is a great place for you.

This tri-level spot in River North might not be the biggest venue (in fact, at times it can feel rather small), but it’s undoubtedly the place to be when mainstream acts are in town. The lighting and sound are almost always on point, and although it often gets pretty packed, if you can manage to take a look around, the surrounding decor will catch your eye. Aside from the music, they’ve got great weekly programming, and there’s a full menu and bar that rarely disappoints.

On par with the Aragon, if you’re looking for a shiny, buttoned-up event, this won’t be your spot. But for the fact that it’s a staple for Chicago music lovers, it deserves a place on the list. The space is pretty damn large – perfect for a DJ-led banger. The drinks can get pricey, but hey, that’s to be expected. All in all, it makes for a great night out.

Schubas has an intimate feel that we’re all about. So if you’re the kind of fan that likes to get up-close-and-personal with the band, here’s your spot. You’ll get a kind of multifaceted experience at this place – aside from the live music, it’s also a fully-functional restaurant and bar. (Speaking of which, the food here really hits the spot). It’s the kind of night where you’ll leave having made new friends.

This luxurious venue is relatively small but laid back, and overall enjoyable. Smaller artist and comedians are known to have shows here. The venue is not super accommodating, so don’t bring any large bags. When there’s not a concert to jam out to, head to The Brew & View, which is their alter ego (still located in the Vic Theatre), playing old films that you can sing along to while indulging on cheap beers from one of their three bars.